Elevate Your Cloud Security Posture with Splunk and Google Cloud 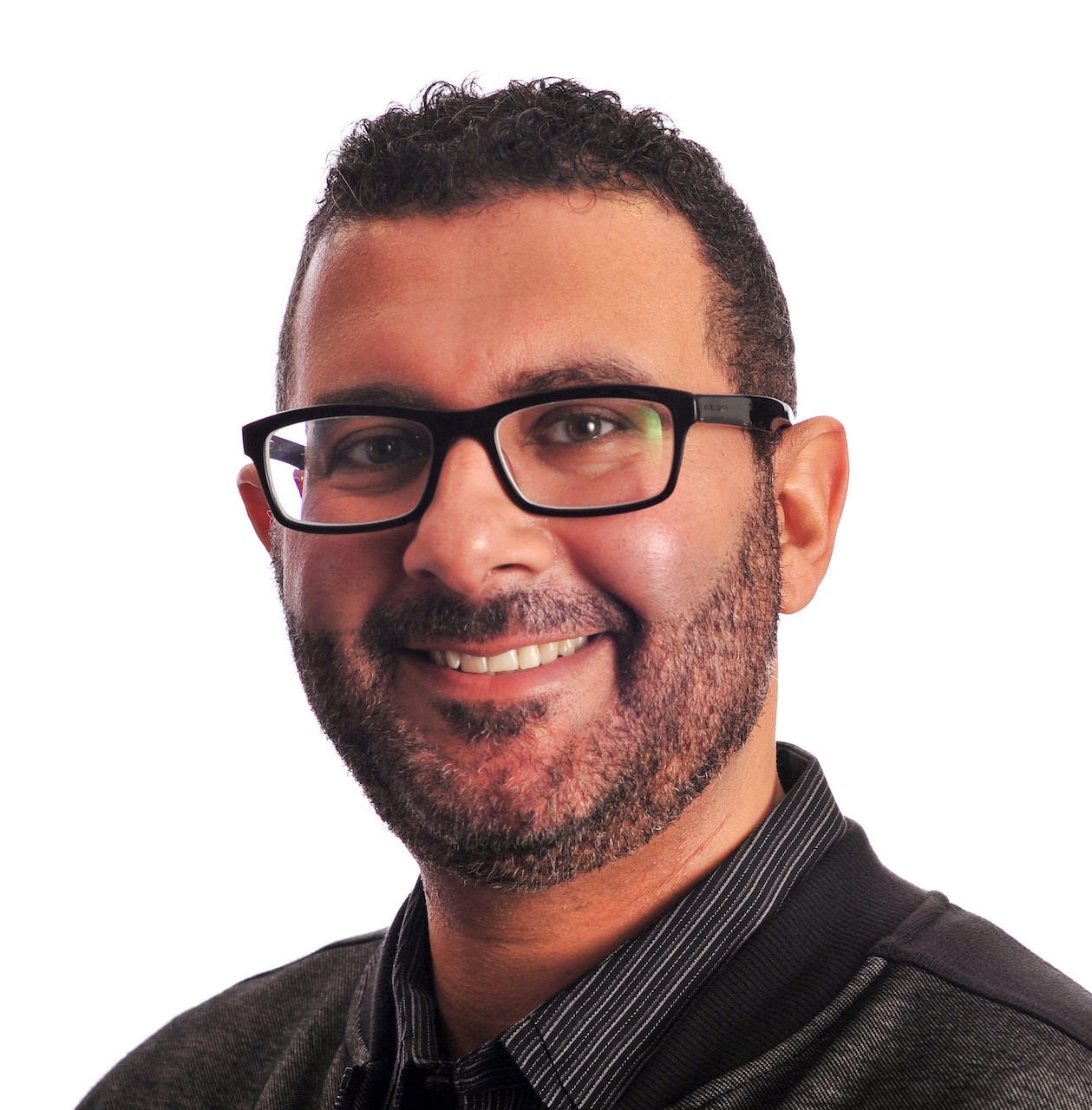 This article is co-authored by Roy Arsan, Cloud Solutions Architect at Google, and Wissam Ali-Ahmad, Partner Solutions Engineer at Splunk. 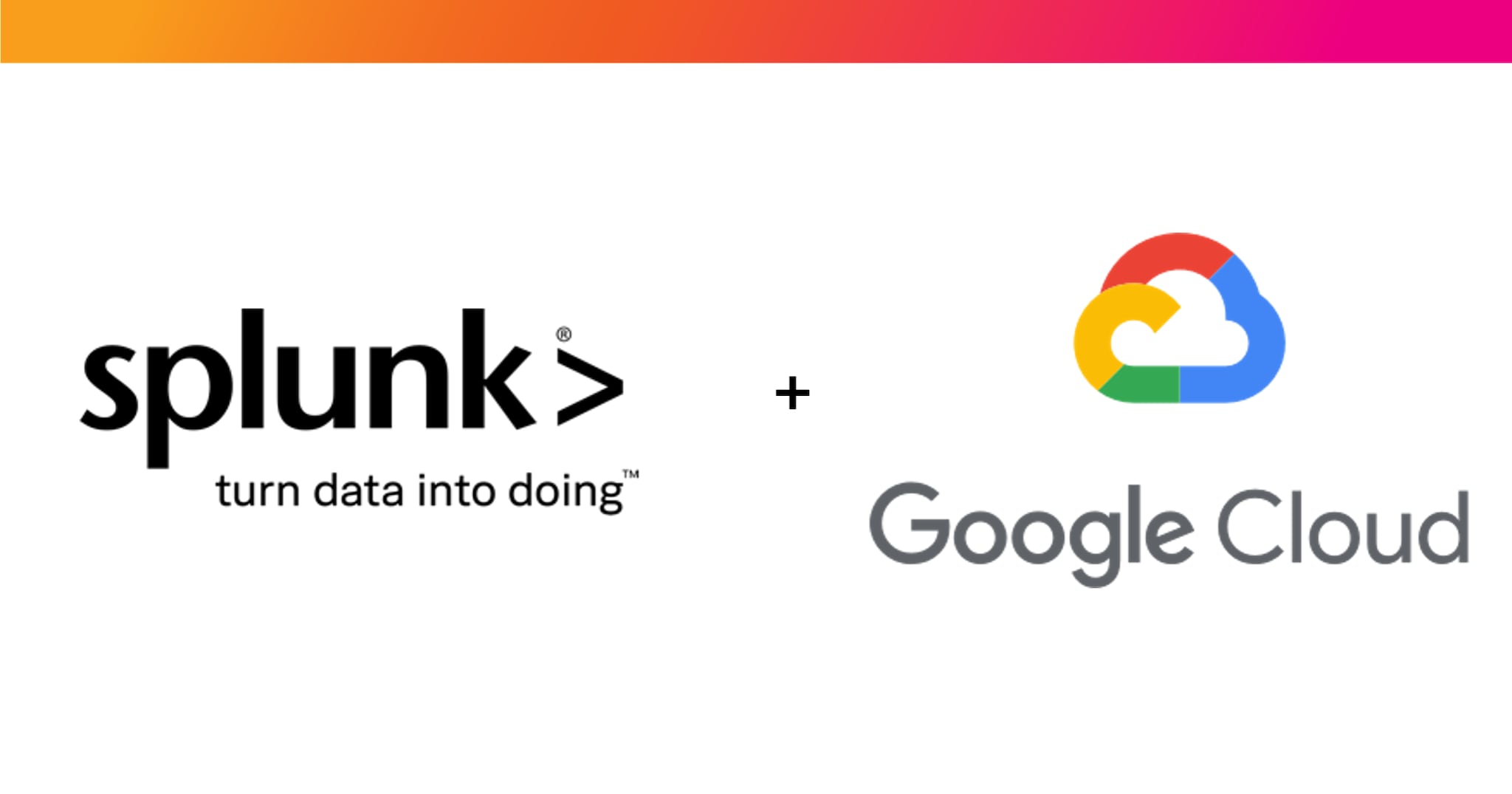 It’s more critical than ever to secure your company data and protect your workloads in the cloud. This blog post is a roundup of the latest technical resources and product capabilities by both Google Cloud and Splunk to enhance your threat prevention, detection, and response techniques, regardless of where you are in your business-transforming cloud journey.

We will cover essential security protection and controls offered by Google Cloud—the same infrastructure and security services Google uses, how to reliably on-board those security signals into your Splunk Enterprise or Splunk Cloud, and how to use readily available security content from threat detections in Splunk Enterprise Security to automated response playbooks in Splunk SOAR with purpose-built apps for Google Cloud.

For the list of all these technical resources, see the reference table at the end of this blog.

Logs, Alerts and Assets, Oh My!

The first step in your threat hunting journey is to get to know and on-board all security-relevant cloud data. Google Cloud provides the visibility that customers have to come to expect from a public cloud provider, across all their GCP projects and services. This includes:

Google and Splunk have worked together to make it easier for customers to export all those different types of logs and alerts using the same uniform data export pipeline, powered by Cloud Dataflow, as shown in the following diagram. 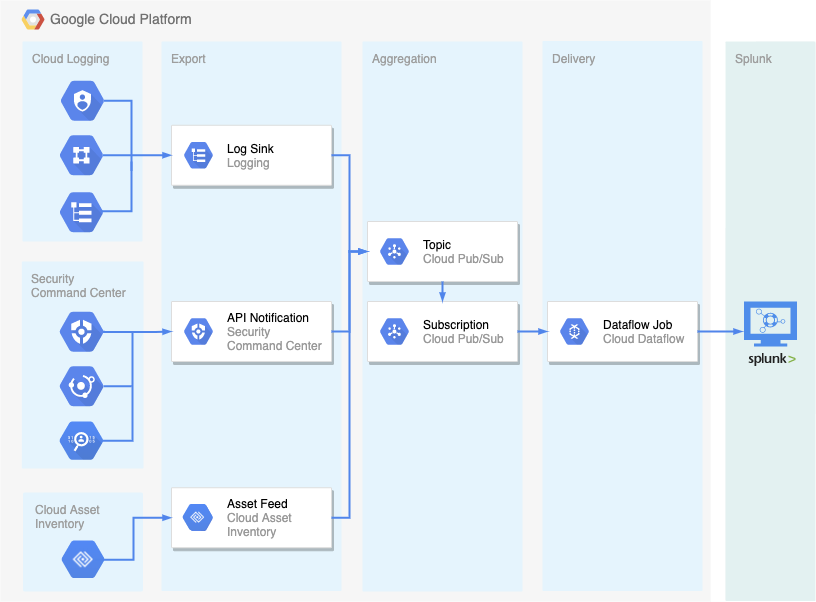 In addition to the Google-supported Splunk Dataflow template and aforementioned Google Cloud reference guide, here’s a list of technical resources:

After collecting and ingesting events data from Google Cloud into Splunk, data needs to be parsed and normalized into common semantic models part of Splunk Common Information Model (CIM). In fact, a prerequisite to leveraging existing security content in Splunk is to map the Google Cloud data into those common data models. By normalizing GCP-specific data formats, CIM data models greatly accelerate time to value as they:

The Splunk Add-on for Google Cloud Platform includes automatic field extractions, sourcetypes mappings for Google Cloud log data and corresponding data models when applicable. For a list of all supported sourcetypes refer to Add-on documentation. The table below illustrates that data source:sourcetype mapping. The data models column highlights the state of the CIM compliance at the time of this writing:

Today’s sophisticated security threats continue to evolve to target public cloud, multi-cloud and hybrid cloud environments. Writing efficient monitoring and detections of such threats requires a scalable analytics platform that processes and correlates large volumes of events across multiple data sources. When it comes to writing efficient correlation searches, you don't have to start from scratch. Splunk offers security content tailored for SOC analysts or for those just getting started with security on Splunk Enterprise.

Splunk Enterprise Security (ES) is a next generation SIEM built on modular security frameworks along with efficient detections based on correlation searches (content) of essentiel data sources mapped to Splunk’s Common Information Model. If you are running on Splunk Enterprise Security (ES), then you want to leverage the security detections included in the Splunk ES Content Update (ESCU). The latest version of ESCU includes a dozen cloud security analytic stories with a total of 49 detection rules (correlation searches) covering Google Cloud, Kubernetes, and cloud infrastructure (see table below for a list of these analytic stories).

In case you haven’t deployed a SIEM in your SOC yet, the Splunk Security Essentials app is a great tool that includes 25+ example Splunk searches for detection of threats in your Google Cloud (and multi-cloud) environment. The following screenshots shows a subset of these Security Essentials app searches that you can easily deploy in your Splunk Cloud or Splunk Enterprise deployment. 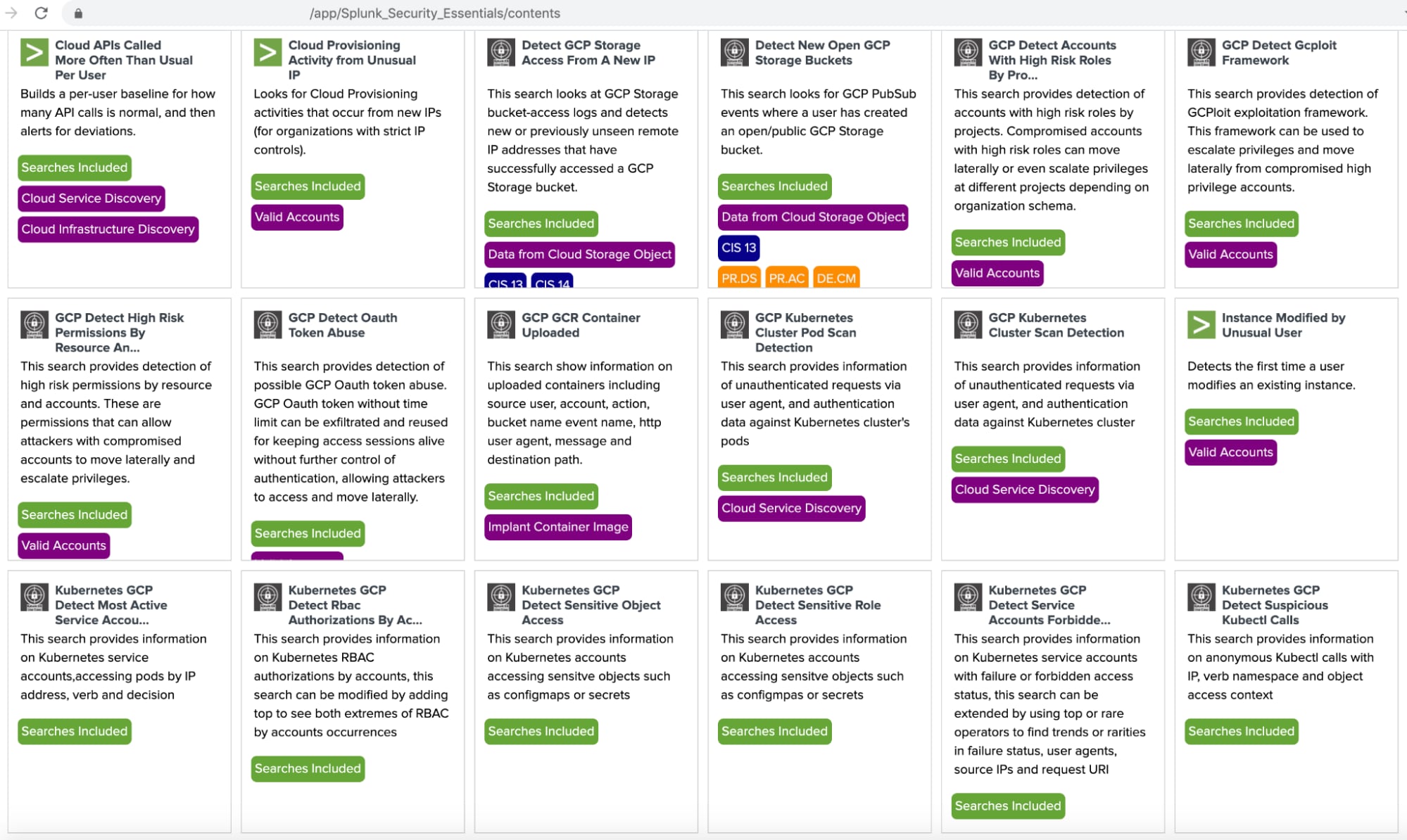 Finally, if you are just getting started, the GCP Application Template for Splunk includes several Security and Audit dashboards and searches for Google Cloud. For more details on how to use this app, check out the Splunk blog, "Exploring the Value of Your Google Cloud Logs and Metrics."

After reducing time to detect a threat, the next step is to reduce the time to respond to a threat. This is accomplished with the use of Splunk SOAR Security Orchestration & Automation platform. Automated response in SOAR is accomplished by authoring playbooks using actions in SOAR apps for third-party technologies.

Here's the story of a SOAR playbook that saved the day and protected a Google Cloud environment from a compromised VM instance attack.

One day Splunk ES fires a notable event indicating a potential threat with a rogue VM instance (anomalous network activity). The notable is based on a correlation search of Google Cloud VPC flow logs. Using the SOAR App for Splunk, the notable is sent to SOAR for a response.

Upon receiving such notable, Splunk SOAR executes a playbook that contains actions from both Compute Engine and Chronicle apps for Splunk SOAR. As you can see in the playbook picture below, we gather details about the VM instance configuration and activity by calling an action on the Compute Engine app. This is followed by calling app actions to check Ip reputation and IoCs from Chronicle. At the decision point, we would notify and assign the appropriate people using a service ticket. Last action would be to initiate a prompt to ask a responder whether or not to mitigate the instance. 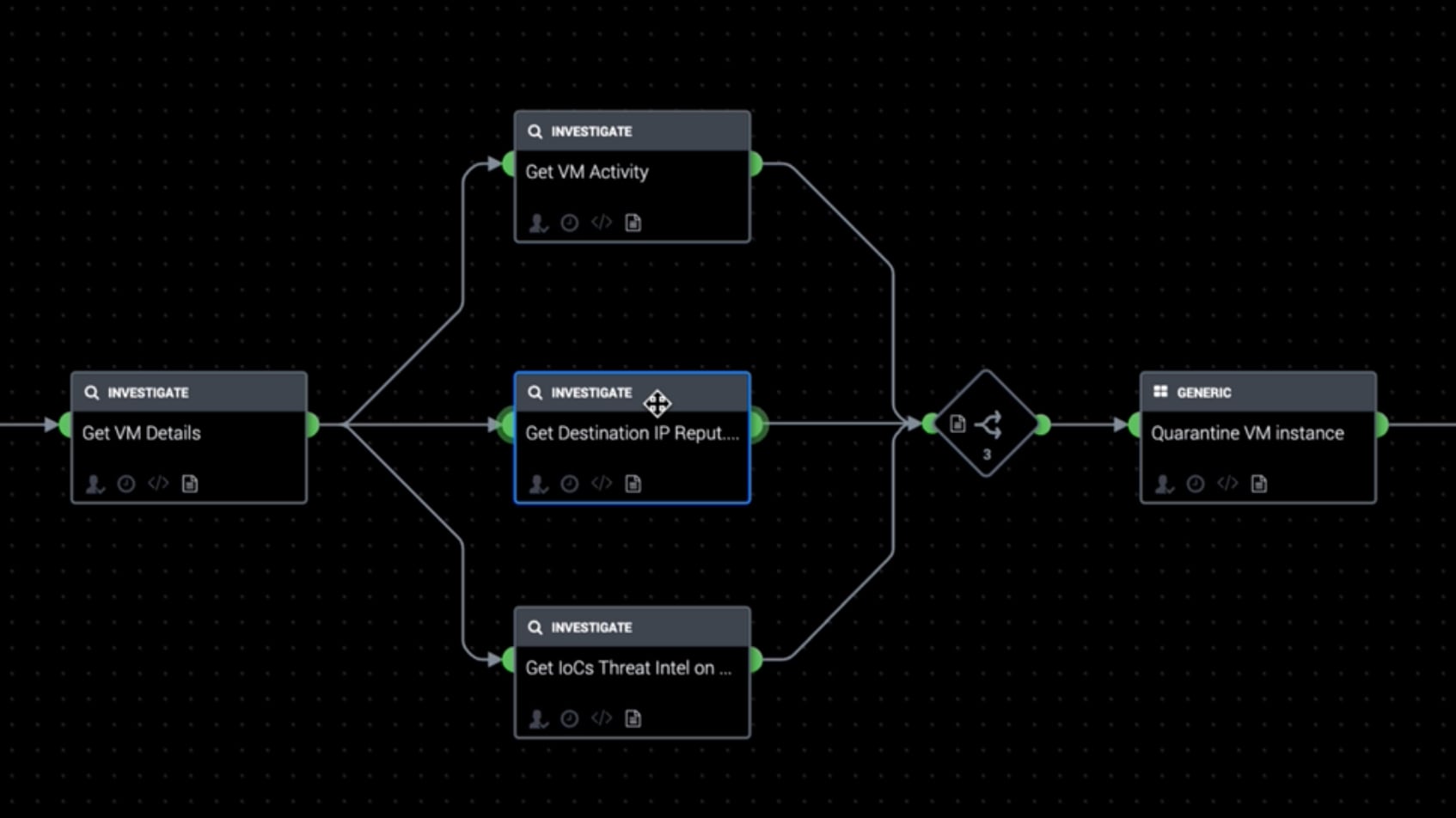 If the decision is to take a mitigating action, then we would “quarantine” this instance by calling the ‘tag instance’ action from Google Cloud Engine app. A ‘quarantine’ tag will enable a pre-created firewall rule to deny it any network traffic.

The following table summarizes all technical resources mentioned in this article. We will keep this updated as more tools are added:

Wissam has been with Splunk since 2014, as part of the technical team focusing on development of strategic Splunk integrations and solutions with partner technologies. Wissam made significant contributions towards the ecosystem adoption and partner integrations for Splunk SmartStore, Splunk Adaptive Operations Framework and recently Splunk Mission Control Plug-in Framework. Prior to Splunk, Wissam held various engineering leadership roles at AppSense, Infoblox, Qualys, Vernier Networks, PSS Systems and Verizon Labs.