Brute force attacks are a common way of compromising user credentials to steal valuable information from individuals and organizations. This article explains Brute Force Attacks, current trends, their impacts on organizations, the various types and how to prevent them.

(Already a Splunk user? Learn how to detect brute force behavior with Splunk.) 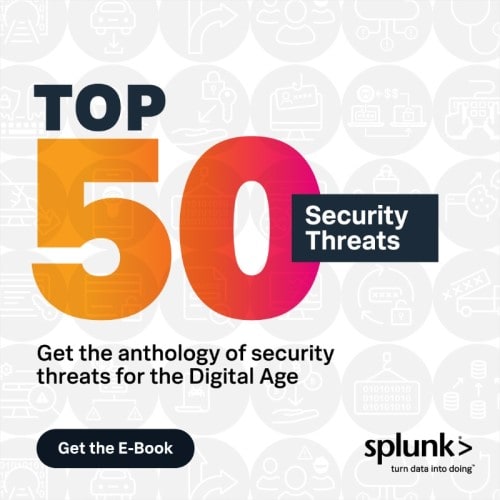 (This article was written by Shanika Wickramasinghe. See more of Shanika's contributions to Splunk Learn.)

In this technique, attackers use trial and error to guess the information they require, testing every possible combination. For example, they repeatedly try many possible login credentials or password combinations. These attacks are often automated, depending on software to try a vast number of combinations in a short period of time.

The name ‘brute force’ makes sense: using brute force, for anything, is a way of achieving something by strength — not always with the best skills, strategy or aids (technology).

In hacking, attackers use undue force to achieve their goal. Attackers often use them as a last resort since they can be time-consuming and may not always be successful. There is one use case in particular for brute force attacks: they are particularly effective against systems with weak passwords or other vulnerabilities. Therefore, organizations must use strong, unique passwords and implement other security measures to protect against brute-force attacks.

To be resilient against any cyberattack, organizations must ensure their workforce is well-educated on the latest cyberattacks. Splunk’s Top 50 Cybersecurity Threats provides the latest list of the most common cyber threats. With cutting edge knowledge from the Splunk Threat Research Team, the annual report includes:

In 2023, brute force attacks remain a common cyber threat that should inform your overall threat intelligence.

Like most attacks, the impact of a brute force attack varies depending on:

Once attackers gain access to the system and network of the user account of interest, they can steal valuable personal information like bank and credit account details, personal identity details, health information, etc. Attackers can sell that information to third parties for profit, with little regard for the harmed individuals.

Breaking into organizational database accounts can result in large-scale, sensitive data breaches, like the recent LastPass breach which has major complications for individuals and enterprises alike. (In the LastPass breach, CNET reports that “most sensitive data is encrypted”. That doesn’t solve the issue that the threat actors can use brute force to attack stolen local files.)

There’s the systems side of these attacks, too. Brute force attacks can…

And then there's long-term fall out. Imagine that your company systems and data are compromised due to a brute force attack. Beyond the immediate loss, potential long-term ramifications may include damage to your company’s reputation, loss of customer trust in your data protection protocols — and ultimately lack of trust in your brand. Your organization may also face legal consequences, such as fines or imprisonment, based on the nature of the attack and applicable data protection laws.

Brute force attacks can also allow attackers to spread malware into your systems. Upon compromising a website, they can set website links to redirect to malicious websites infected with malware and entice users to download them. What's more: threat actors can put spam ads on compromised websites, earn money from them and install spyware to track the activities of website visitors.

Therefore, the impacts of a brute force attack can be significant and have far-reaching consequences for the targeted system or organization.

In a simple brute force attack, attackers try to crack a small number of possible simple passwords or keys quickly. These attacks may be effective against systems with weak passwords or simple password policies. For example, this attack can easily and quickly guess simple passwords with common expressions like “name12345” and without a combination of upper- and lower-case letters.

Attackers can perform it manually or use automation and scripts. While automated attacks may be more efficient, they are also more likely to be detected and blocked by security systems. However, this technique is generally ineffective against stronger passwords or systems with robust security measures.

A dictionary attack involves trying different possible passwords with a pre-arranged list of words, typically taken from a dictionary, against a username. The attacker will use a program to try different combinations of words and phrases to eventually guess the correct password. Apart from using unabridged or special dictionaries, attackers can also augment words by including numbers and special characters in the words to create passwords. Additionally, attackers can use passwords that have been leaked by earlier data breaches to perform dictionary attacks.

Dictionary attacks can be effective as many people choose passwords that are simply words or phrases. The program of the attacker can easily guess these kinds of passwords.

Combining these two techniques can make a hybrid attack more successful than a single dictionary attack or a traditional brute force attack. The reason is that it allows the attacker to try both common and less common password options.

In a usual BF attack, attackers do not know the password they are guessing. As the name implies, a reverse BF attack acts on in reverse. For example, if the attacker knows the PIN or password they are looking for, they will try to find the matching username by searching through millions of usernames.

For this approach, attackers usually use passwords leaked by earlier data breaches that can be found online. This process can also be automated to speed up the attack.

Many users can use the same credentials for multiple user accounts. Credential stuffing is reusing a stolen list of username and password pairs to gain unauthorized access to other accounts. The hackers use automated tools to try these stolen credentials on various websites. If they succeed, they can potentially gain access to sensitive personal and financial information.

Beware: these attacks can go undetected — hackers are using legitimate login credentials. Credential stuffing attacks can be particularly damaging if the attackers perform malicious activities for a long time without the consent and awareness of the user. By the time the user has realized it, large damage that is not easily repairable might have been done.

Rainbow tables are the precomputed tables containing the hash values used to crack passwords. Rainbow table attacks can be used to crack hashes of passwords that have been hashed using a variety of hashing algorithms, including MD5, SHA-1, and NTLM. Attackers can quickly look up the corresponding plaintext for a given hash without executing the computationally intensive process of hashing all possible plaintexts and comparing the result with the target hash.

This approach also lets attackers escape lockout policies that restrict the number of password attempts. Single sign-on (SSO) and cloud-based apps that use federated authentication are the common targets of this type of attack.

With the switch to pandemic-era work-from-home for many employees, the use of remote desktop protocol (RDP) connections has increased significantly. With this increase, brute force attacks on RDP connections have also increased. If attackers can correctly guess the password to a remote RDP connection, they can spread laterally throughout the network, injecting malware.

You’ll never be 100% protected from brute force. Still, lots of protection is better than none. Here are some ways you can prevent BF attacks.

Use strong and unique passwords

You must use strong, unique passwords that are not based on words or phrases in a dictionary. Strong passwords should be at least eight characters long and contain a mix of upper and lowercase letters, numbers, and special characters.

See what our SURGe team thinks about whether to use password managers (hint: YES), even in light of recent breaches:

MFA provides an extra layer of security to your accounts by requiring you to provide more than one form of authentication in addition to your password. This could be a code sent to your phone, a biometric scan or a security token.

Keep track of login activities, like the number of failed login attempts and the failed IP addresses of users and locations. Regular monitoring helps organizations identify and respond to brute force attacks before and as they are happening.

A CAPTCHA can determine whether the user is a human or a computer. You can make it more difficult for automated brute-force attacks to succeed by requiring users to complete a CAPTCHA before attempting to log in.

Stay up to date

Attacks surfaces grow by the day. Knowing what’s happening is key to prevention: Read expert-recommended security articles and books, attend in-person and online security events and build resilience into everything across the enterprise.

Shanika Wickramasinghe is a software engineer by profession and a graduate in Information Technology. Her specialties are Web and Mobile Development. Shanika considers writing the best medium to learn and share her knowledge. She is passionate about everything she does, loves to travel, and enjoys nature whenever she takes a break from her busy work schedule. She also writes for her Medium blog when she gets some free time. You can connect with her on LinkedIn.