What Are Modern Cybersecurity Threats?

An evolving technology landscape creates excitement and opportunities for enterprises and end users alike, but it also comes with a dangerous flipside: increased risk due to threats from cybercriminals looking for novel exploits.

Historically, network security professionals primarily occupied themselves with a collection of well-understood threats: phishing attempts via email, data breaches, malware brought in on a thumbdrive and unpatched operating systems with known exploits. Today’s cybersecurity landscape, however, looks a lot different and much more nefarious. For example, poorly secured Internet of Things (IoT) devices threaten to give attackers a way in via a thermostat or a smoke detector. And as workers have shifted to work-from-home arrangements, personal devices like smartphones are creating new risks when they are loaded with corporate data. Attackers are getting smarter, too, using artificial intelligence (AI) systems to reach an increasing number of targets faster and more effectively than ever before.

Cyberattacks are becoming so pervasive because the rewards of a successful attack have increased exponentially, thanks to the dramatic rise of e-commerce and digital assets such as cryptocurrency and electronic intellectual property. The stakes are especially high for the enterprise; a successful attack that breaches customer data can result in millions of dollars in fines and cause irreparable harm to the company’s reputation.

In this article, we’ll dig deeper into what modern cybersecurity threats look like, how smart enterprises can defend themselves and more.

What Are Modern Cybersecurity Threats: Contents

The Bottom Line: Put security at the top of the to-do list in 2021

What are today’s top cybersecurity threats to watch for?

While cybersecurity threats are constantly in flux, these are some of the most notorious and pervasive types of cyber threats to watch for in the current marketplace: 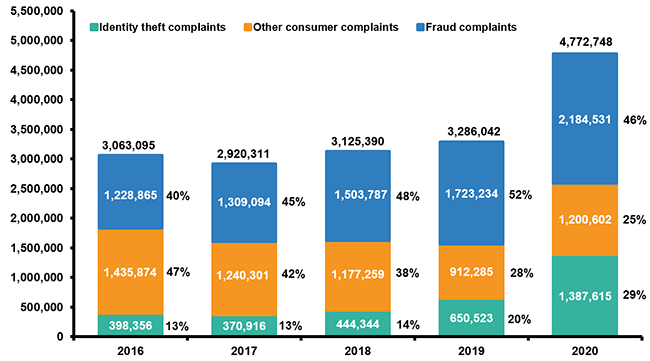 How have modern cybersecurity threats evolved?

As cybersecurity threats have exploded in volume over the last year, they have also become increasingly sophisticated and targeted. Cybercriminals commonly leverage publicly available information such as social media data to engage in identity theft and easily crack passwords. With this data commonly available on the black market, it’s easier than ever for cyberattackers to fill in any information gaps about a prospective target.

Meanwhile, the technology available to power these attacks is becoming more ubiquitous. Malicious actors are able to use the same types of resources as any enterprise, including cloud computing, artificial intelligence (AI) and distributed computing resources, to increase the likelihood of a successful attack. As the attack surface of the typical enterprise has increased in size through the proliferation of IoT devices, cloud infrastructure and employee use of personal devices, targets face a greater level of risk than ever before.

What are some objectives of a cybersecurity attack?

Cyberattackers’ motives have evolved over the years, but they generally follow some well-worn themes, including the following:

What is malware? How is it commonly delivered?

Malware describes a broad range of malicious applications designed to cause damage to a computer system or network. A type of malware could include viruses and trojan horses (malicious snippets of code hidden within legitimate code), zero-day threats, backdoors (methods for bypassing standard login procedures), keyloggers (code capturing everything a user types, including login credentials), spyware (applications designed to quietly collect a user’s personal information and working habits without their knowledge), man-in-the-middle attacks (an eavesdropping attack where attackers disrupt a data transfer or type of communication) and adware (designed to deliver or replace advertisements with the attacker’s own ads).

Malware can result in a wide range of problems for victim users and enterprises. In some cases, malware may go unnoticed for months or years, quietly stealing information or generating advertisements on users’ web browsers. Malware may lay low until it is called into the service of a botnet. Most of the time, however, malware is an immediate problem that must be dealt with quickly. It can wreak havoc on a user’s PC by destroying or encrypting files and holding them for ransom; flooding the user’s screen with ads or other pop-ups that render the computer unusable; or turning the victim’s machine into a spam-spewing robot that infects the victim’s contacts. Cybercriminals are continually developing new forms of malware designed to evade security defenses, fly under the radar and erase their tracks.

Malware is delivered via a variety of methods, historically via email attachment. (As recently as 2018, PurpleSec reported that email was still responsible for 92% of malware infections.) But malware can also be delivered via infected web pages that trick the user into downloading a malicious app. Malicious text messages may direct a user to a compromised web page, and malicious apps that appear legitimate can infect a victim’s smartphone. Cybercriminals may even call a victim on the phone and trick them into visiting an infected webpage or giving them remote access control over their PC, at which point malware may be introduced to the system.

Malware can infect Microsoft Windows PCs, MacOS computers, smartphones, tablets or any other type of computing device. In short, no device is safe from malware.

What is ransomware? How does it work?

Ransomware is a malicious cyberattack with two parts. In the first part of the attack, cybercriminals insert malware that encrypts files onto the victim’s computer or network, locking the user out. The second part of the attack involves extortion: Ransom is demanded from the victim in exchange for decrypting the files and returning them to the user. The attack preys on unpreparedness and panic: Victims that have not properly secured their systems are unlikely to have backups, which can leave them desperate for a fix. Anti-malware software cannot undo a ransomware attack once the files are encrypted, so victims often end up having no choice but to pay the ransom. Ransom costs can range anywhere from a few hundred dollars to tens of thousands of dollars, usually denominated in Bitcoin, which can’t be traced. There’s also no guarantee that attackers will decrypt a victim’s files if the ransom is paid. One recent report found that slightly less than half of victims who paid the ransom were successfully able to get their data back.

Ransomware attacks date back to the mid-2000s, but it wasn’t until 2016 that ransomware became a major problem, put into the spotlight by the notorious WannaCry attack that claimed around 200,000 victims. These types of massive ransomware attacks that extort money from intended targets — in particular hospitals and healthcare organizations — is on the rise due to the substantial financial payouts that attackers can net.

What are common cyberattack targets?

Cybersecurity is especially complicated because of the increasing size of the attack surface and the number of methods by which an attacker can exploit them. Common types of cyberattack targets include: 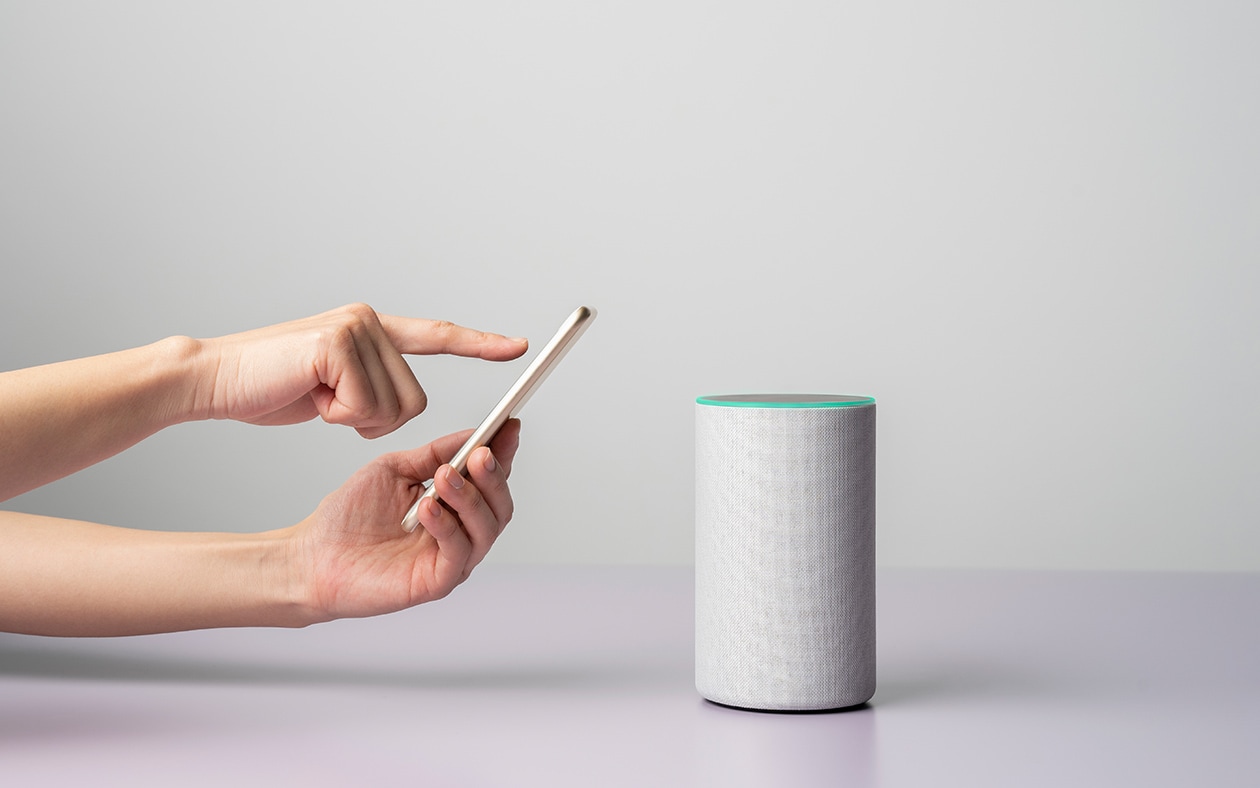 How do today’s cyber threats affect businesses? What are some of the possible outcomes of a cyberattack?

Successful cyberattacks can have a significant impact on a business, including the following:

What are the most common cybersecurity defenses? Which cyber defenses should you invest in for today’s cyber threats?

A strong collection of security solutions to combat today’s threats should include:

Naturally, the final piece of the puzzle is that all of these tools must be managed by a capable and well-trained security operations (SOC) team along with a strong cybersecurity strategy.

What are common cybersecurity best practices?

Cybersecurity has evolved to address the myriad of threats and attacks that the typical enterprise faces every day. Some of the best practices for securing the enterprise include:

What are the different ways of preventing a cyberattack?

Preventing a cyberattack requires ongoing diligence and vigilance. These tips can help keep you protected:

What is the future of cybersecurity?

Cyberattacks will undoubtedly continue to worsen, particularly as companies embrace work from home protocols on a permanent basis. One estimate pegs the total cost of cybercrime worldwide at over $10 trillion by 2025. The need to protect the enterprise at every potential point of entry will be increasingly crucial as time goes on and attackers continue to shift their tactics. Meanwhile, risk is increasing and damages from successful attacks are on the rise. Looking ahead, it’s clear that every enterprise needs to make security a primary concern.

The Bottom Line: Put security at the top of your to-do list

What is ransomware? How does it work?

Cybercrime has come a long way since the virus and worm attacks of the 1980s and ‘90s. These days, headlines detailing how foreign countries are using computer networks to attack governments and businesses have become commonplace. Large companies aren’t the only ones at risk — cybercrime impacts even the smallest of businesses, as well as their employees and customers. If you want your business to avoid becoming another statistic — and potentially the subject of damaging stories in the media — you really have no choice but to prioritize cybersecurity today and ensure your systems are locked down and your data is protected.