As real-world racing is still on hold, last weekend saw the latest round of the F1 Esports Virtual Grand Prix series, pitting several current drivers and celebrities against each other testing their skills on the iconic streets of Monaco. McLaren once again had current driver Lando Norris racing alongside Arsenal Football Club captain and McLaren debutant, Pierre-Emerick Aubameyang. Earlier in the week Lando spent time coaching Pierre around the famous street circuit, analyzing key telemetry data, but as ever, we were keen to break down some of the key race highlights using Splunk dashboards that ingested live data from our drivers' virtual race cars.

As you can see from this first dashboard on the right, Lando gained five places during the race, finishing 7th after starting 12th in the middle of the grid following an unexpected wet qualifying session. Good to see as a team that McLaren didn’t lose any positions overall against the field with Pierre also gaining one place throughout the race.

How did Lando gain those positions? Ultimately it came down to putting in some extremely quick lap times with Lando clocking two of the top ten fastest laps of the race which you can see below.

Unfortunately for Lando, two other factors had an overall impact on his race: tire wear and traffic. In the next dashboard, you can see the tire wear for each stint, showing Lando opting for a two-stop strategy running Medium-Soft-Soft. You can see the rear tires degrading significantly more than the fronts in the same stint, which correlates to the type of track Monaco is with a lot of heavy acceleration out of multiple slow corners. The winner, George Russell, only stopped once which was clearly the fastest strategy with a clean race track in front of him. Although, as ever with F1, the margins are minimal, which is part why damage was turned off for the most difficult race of the year!

The cool part is being able to see the lap time clusters through another Splunk dashboard, highlighting which drivers were more consistent throughout the race based on each sector. Lando was consistently one of the fastest drivers in the second sector, but by comparison was only the 10th and 13th fastest driver on average in the first and third sectors, respectively. It also plots some of the more adventurous laps around Monaco with the extreme dots highlighting where drivers had significant contact and ultimately losing time in that sector. 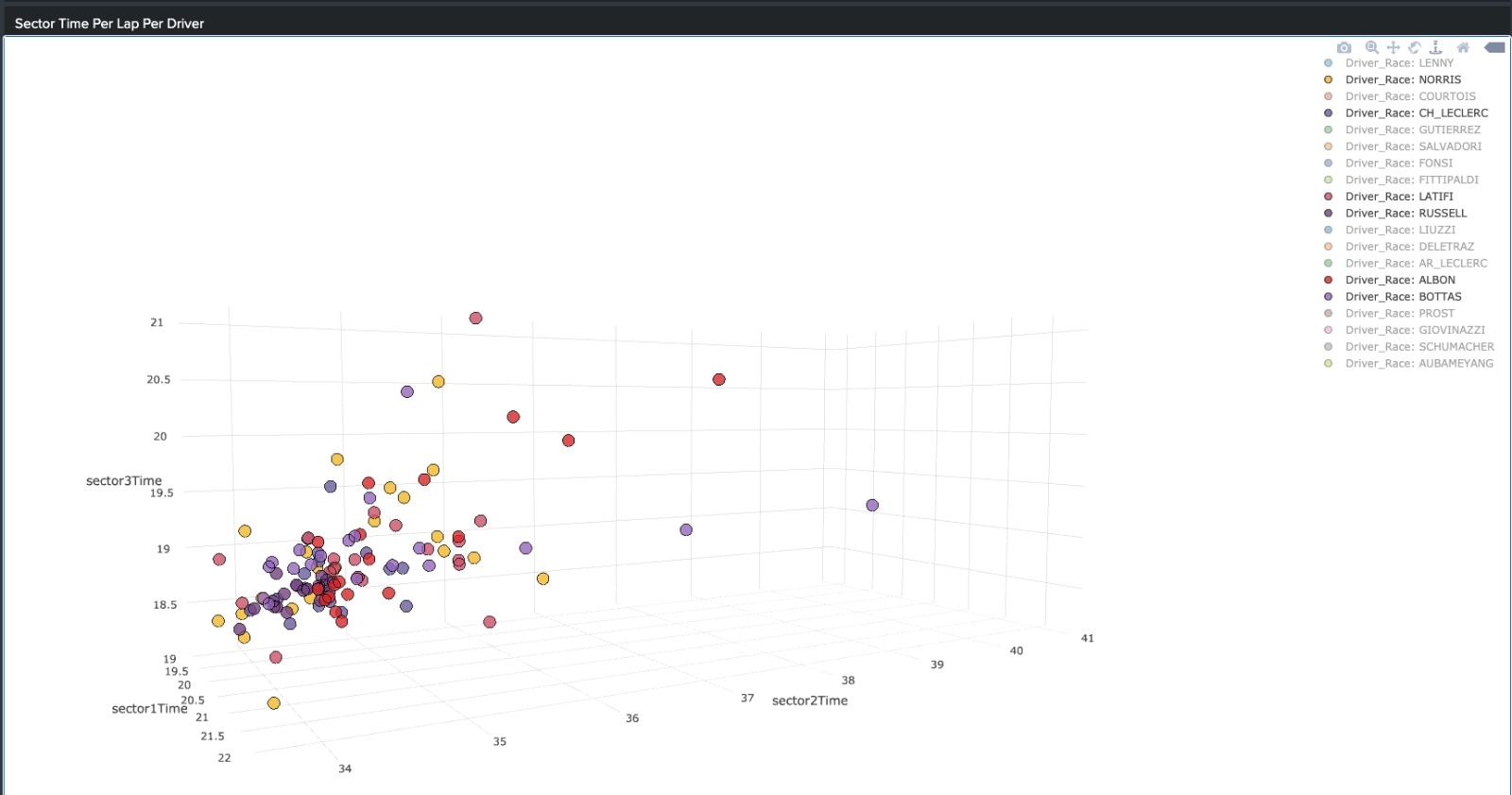 It’s been great to see how the race unfolded through Splunk dashboards and how clearly the data can tell the story of the race. We are excited to follow up in a few weeks with more insight and detail from the next F1 Esports Virtual Grand Prix race which heads to Baku, Azerbaijan on Sunday, June 7th.

Tune in at 6pm BST where the race will be streamed live on McLaren’s Facebook page, as well as Formula 1’s official channels on YouTube, Twitch and Facebook.