But what about the infrastructure on which an application runs?

What is Network as Code?

Next, the code for network configuration is then stored in source control. This offers the ability to both:

Finally, network as code is not successfully without automation — it is a central aspect. The very nature of managing your infrastructure as code implies that network setup and modifications will be applied programmatically. This is typically done with the help of IT automation platforms such as Ansible (more on this later). This automation is a key factor in eliminating the configuration drift that can result as a side effect of manual configuration. 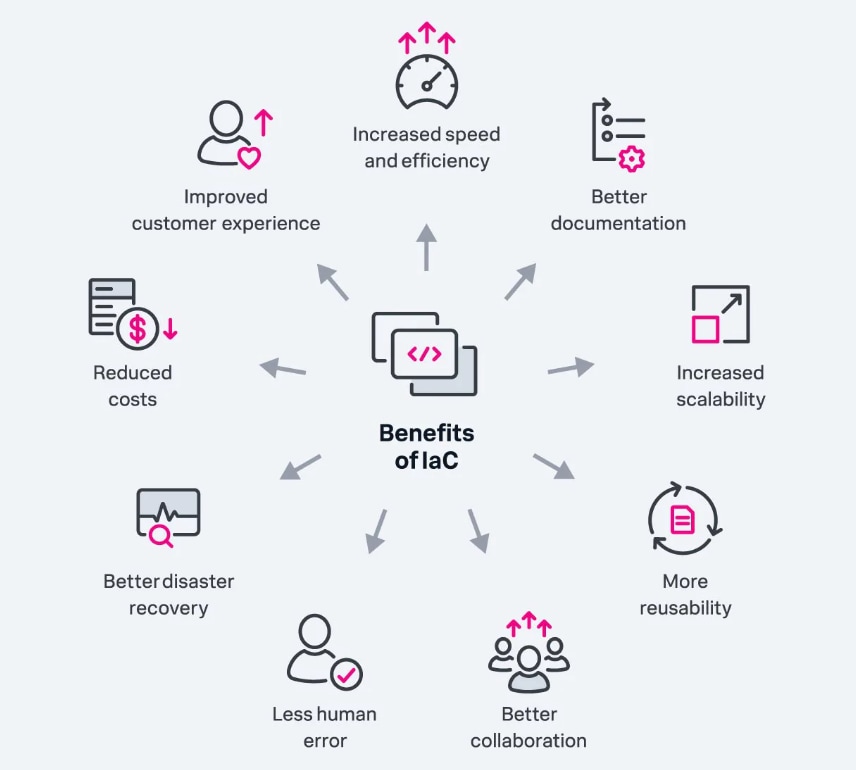 Source control as the “single source of truth”

In other words, by standardizing the process for implementing infrastructure changes, visibility is provided into infrastructure modifications that previously didn’t exist. And this visibility imposes a level of accountability on the network engineers making the changes. Further, with the network configuration now properly versioned, problematic changes can be identified and rolled back with ease. This leads to less application downtime in critical environments when issues occur.

The role of Ansible in Network as Code

Earlier, it was said that putting Network as Code into practice is done with the help of IT automation platforms. These platforms serve to simplify the process for automating infrastructure setup. One such platform is Ansible.

Ansible is an open-source tool that can be utilized for automating tasks such as application deployment, server provisioning and configuration management. In a general sense, the process for utilizing Ansible to automate IT tasks is straightforward:

When implementing Network as Code, the role of Ansible is to provide the necessary tooling for automating infrastructure configuration. Instead of manually performing the network setup in each environment, the network engineers would instead develop playbooks (and other necessary Ansible-related resources) to do the work for them.

When implementing Network as Code, the goal is for these resources to live in source control, which is where you can track changes and deploy and utilize the playbooks in order to:

When concepts such as Network as Code are implemented properly, an organization moves closer to an Agile infrastructure that is both:

Changes to the network portion of the infrastructure can now be made in a manner similar to that of application changes, with modified configuration definitions being committed to source control, tested and then applied to the necessary environments. Additionally, Network as Code practices allow for a new instance of the infrastructure to be hastily spun up with the latest and greatest network settings — allowing you to scale efficiently and effectively.

Benefits of Network as Code

The above advantages afforded by Network as Code, and a larger Infrastructure as Code strategy, provide a level of consistency in environment configuration that’s much more difficult to attain via configuration management processes that require a higher amount of manual intervention.

In a way, this practice forces network engineers to embrace practices previously reserved for development teams such as automatic versioning of resources via source control, the ability to standardize the peer review of network configuration changes and the tooling to quickly roll back problematic changes in the event of a failure — thus limiting downtime.

This article was written by Scott Fitzpatrick, who has years of experience as a software developer. He has worked with many languages, including Java, ColdFusion, HTML/CSS, JavaScript and SQL. Scott is a regular contributor at Fixate IO.