Taking Automation Beyond the SOC With Advanced Network Access Control 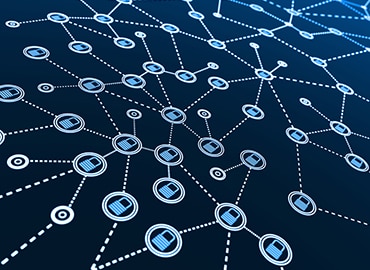 But in reality, a robust SOAR technology like Splunk Phantom is not a “SOC-only” technology. It should allow you to automate any process using any tool as long as that third-party tool has an API on the backend of it. Through that API, Splunk Phantom can instruct that tool to perform actions automatically in response to any stimulus. You can bring in any meaningful data from any tool into the platform, whether it’s security-related data, such as “notables” from Splunk Enterprise Security (ES) and newly detected vulnerabilities, or non-security related data, such as ticket status or email content from an inbox. Ultimately, you can leverage Splunk Phantom’s capabilities in a variety of ways to automatically execute processes at machine speed.

Automation for IT, Security and Beyond

Booz Allen Hamilton, a consulting firm, helps U.S. government entities build solutions that adhere to the requirements laid out by the Department of Homeland Security (DHS) and the Continuous Diagnostics and Mitigation (CDM) Program. They help government entities reduce cyber risk and provide security visibility across various federal agencies, including safeguarding sensitive data that is distributed across government networks and restricting access to unauthorized users.

To deliver on this promise, Booz Allen needs to be able to answer four key questions:

Traditional network access control (NAC) solutions like Forescout CounterACT and Cisco Identity Services Engine can certainly help block wired endpoints using standard policies that are native to the NAC solution, but the Department of Homeland Security (DHS) wanted to increase security by using automation to block all endpoints using posture assessment. After analyzing and understanding the relationship between the network, systems and users, Booz Allen Hamilton was ready to supplement traditional NAC solutions with automation and orchestration.

Booz Allen approached the Splunk Phantom team and asked, “Can Splunk Phantom automate processes associated with network access control? Moreover, can we block all endpoints using Comply-2-Connect (C2C) posture assessment with automation and orchestration?” After a moment of head scratching, the Splunk Phantom team said, “Yes, we can do that,” and then got to work creating NAC automation playbooks that had to meet very robust performance requirements, including:

Piece of cake, right? To learn how Splunk Phantom and Booz Allen Hamilton achieved these goals and helped the Department of Homeland Security implement advanced network access control, join us for a webinar, "Taking Automation Beyond the SOC With Advanced Network Access Control."