Splunk SOAR: Anyone Can Automate

If you haven’t heard the news, Splunk Phantom is now Splunk SOAR – available both on-prem and in the cloud. What does this mean to you? 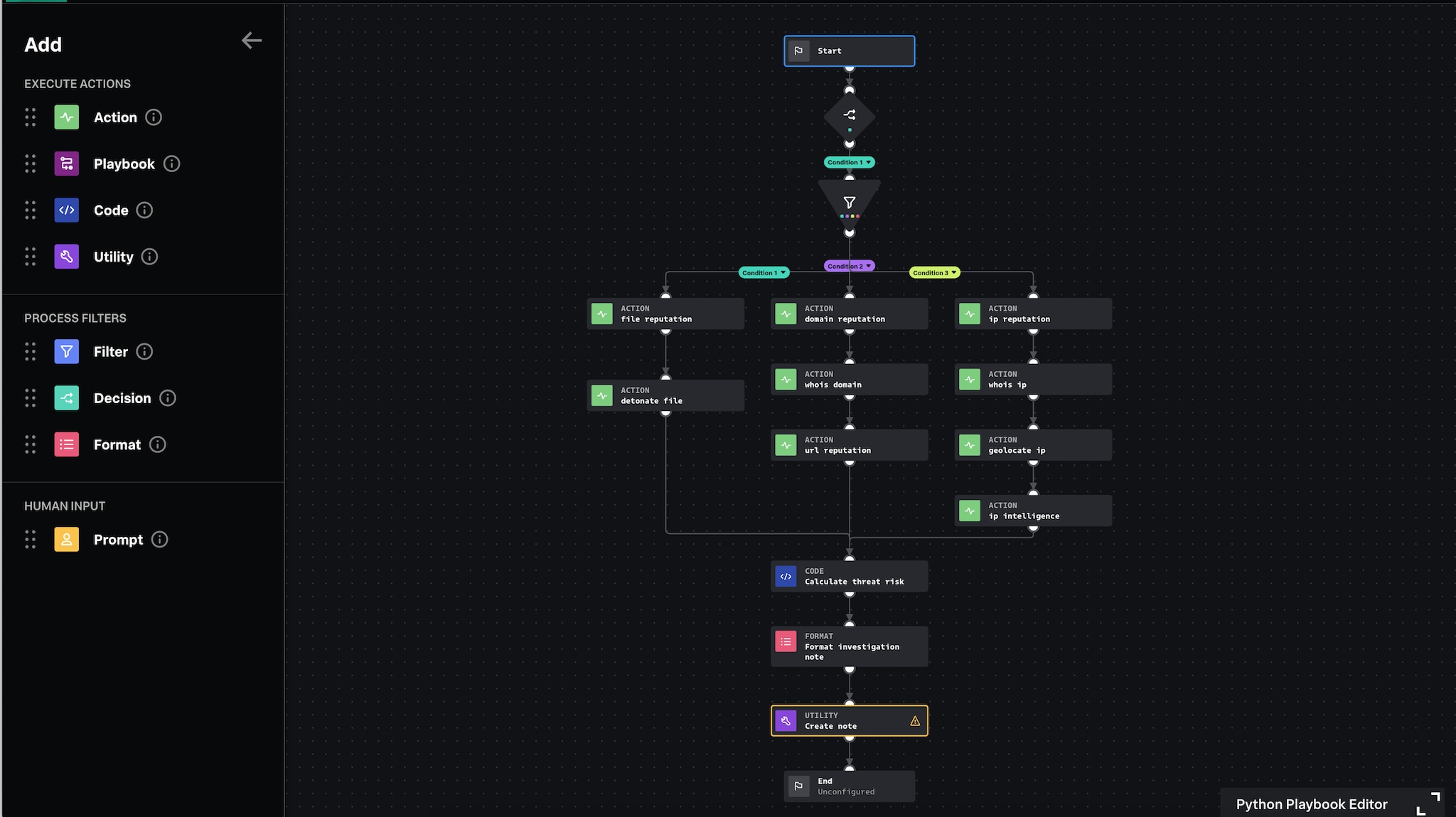 You can deploy SOAR in the way that best supports your business needs. No matter what deployment you choose, you can automate from anywhere, and truly “SOAR your own way!”

Hot on the heels of our cloud release is another exciting announcement: Splunk SOAR’s new Visual Playbook Editor. This new, modern visual playbook editor makes it easier than ever to create, edit, implement and scale automated playbooks to help your business eliminate security analyst grunt work, and respond to security incidents at machine speed.

With the new Splunk SOAR visual playbook editor, we’ve focused on making changes and improvements to ensure that anyone can automate. We’ve decreased the amount of custom code needed to perform basic and complex tasks, and delivered a more intuitive, familiar interface ensuring it’s approachable to all. Advanced users will appreciate increased modularity, improving reusability and scale.

Effortless Automation Through a Simplified Interface

For those that are fans of the original experience, don’t worry, users still have the option to build and edit playbooks in the classic visual playbook editor pictured here.

To learn more about cloud-delivered Splunk SOAR, fill out this form and we’ll be in touch. Also, catch us at our SOAR virtual event where our SOAR experts will show you how to orchestrate and automate common use cases such as phishing, vulnerability management, and cloud security management, all while using the new visual playbook editor.

Ian is a problem solver — preferably, those problems are solvable with Python (or SPL). He has over 15 years of experience in "making things work" in security and technology and still enjoys every minute of it. When he's not pursuing an attempt to automate himself out of a job, you can probably find him wearing a tasteful Christmas sweater or a pair of board shorts and an aloha shirt (depending on the time of year).