DevOps-oriented engineers live at the intersection of IT operations and software development: understanding much of what it takes to maintain IT infrastructure while also being able to write code and deploy new services. DevOps-minded teams not only create services — they also maintain them. A DevOps structure forces teams to take accountability for their applications and infrastructure instead of allowing developers to throw code over the proverbial wall to IT operations.

The resume of a DevOps-focused engineer will show a breadth of knowledge while simultaneously explaining their specialized expertise in one or two areas. The primary roles and responsibilities of a DevOps team are to:

A drive for continuous improvement will be at the core of any efficient DevOps organization. Every person in a DevOps-centric organization should be highly focused on developing new features and services quickly without sacrificing reliability or customer experience.

So, let’s dive into some of the core principles of DevOps, how to improve developer and IT relations, and how DevOps can help you drive business value quickly.

Developers and ITOps coming together

An engineering and IT organization that doesn’t work in silos will lead to improved ideas and productivity. DevOps really is a different way of looking at things. It’s a way to build collaboration and transparency across software development and IT operations – leading to greater visibility for business teams and, ultimately, more revenue.

Tightening feedback loops and improving communication between IT and developers will help you quickly build observable systems that drive real customer value.

There isn’t a single way to “do” DevOps. There isn’t a tool or a process that works for every team. At the core of DevOps, you’re simply improving the way your team works throughout the software development lifecycle and incident management process. DevOps is system agnostic – it doesn’t matter whether you’re working with AWS, GCP, on-premises IT infrastructure, or you’re a backend or frontend engineer. From application deployment to production support, DevOps plays a role in combining agile methodology with practical IT principles.

DevOps includes takeaways from both agile and lean software development principles as well as core IT service and operations practices. By essentially making your deployment team into the IT team and the IT team into your development team, you’re making it easier to:

Through heightened collaboration and transparency, your DevOps team can act as everything from product development to operations.

Now, let’s review some of the core DevOps philosophies that apply to every team. 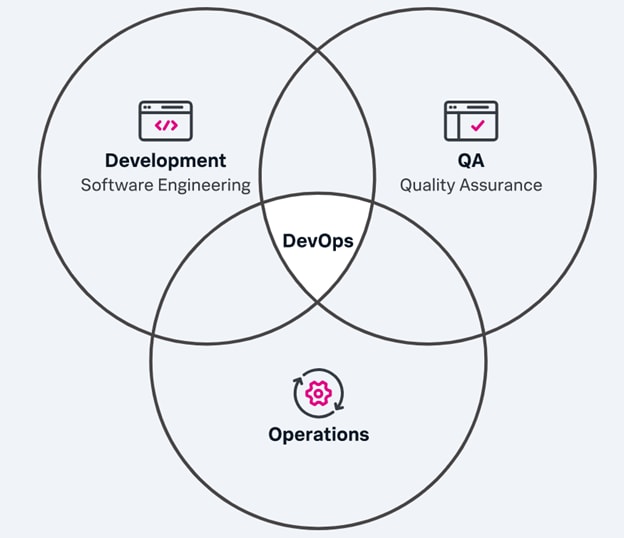 As teams continue to improve the way people, processes and technology interact, DevOps also improves. DevOps continues to grow and change with the implementation of scrum and Agile in the development process alongside the continuous improvement of communication and workflow visibility. Since the beginning of DevOps as a concept, the structure of DevOps practices has changed.

While the specifics of DevOps vary from organization to organization, the core principles of DevOps remain solid. Here are the key concepts you need to keep in mind while taking on your own DevOps transformation:

With developers taking on-call responsibilities and handling more IT needs, they’re more exposed to systems in production. And, IT operations professionals are exposed to more of the staging environment and software development process.

By integrating the two into each other’s territory, everyone is exposed to more of the system. Then, when something goes wrong, the team is better equipped to identify the issue and remediate the incident. And, with a deeper knowledge of how production systems work together, developers can write better code — leading to the faster delivery of reliable services.

Collaboration is a key element of DevOps. You can regularly assess your levels of collaboration by asking questions like:

Effective collaboration should persist throughout software development and into incident response. A team that communicates effectively will proactively build better applications and infrastructure from the get-go – making rapid incident response even easier when it becomes necessary.

With more responsibility for building and maintaining the services you create, you take accountability for the uptime and reliability of those same services. In DevOps, developers will also take on-call responsibilities in case of application/infrastructure emergencies.

With accountability for the services they create, and the power to fix issues when they arise, software developers need to take on-call responsibilities, write better code and deploy more reliable services. With further accountability, developers start to take product development, QA and testing more seriously — leading to better processes and business decisions.

DevOps is highly focused on automating tasks and workflows to improve the efficiency of people and processes. Find pain points and bottlenecks in your development lifecycle, then find ways to automate processes to relieve the pressure on your developers and IT teams.

With thoughtful automation in place, the DevOps team is able to spend more time building new features and services. Automation should be used anywhere in the development and release management process that frees up the time of your people – allowing the team to focus on driving future business value with product developments.

With more exposure and collaboration across all aspects of the software delivery lifecycle, you’ll inherently start to build more transparent workflows. And, when your team can easily see what’s happening in production and during development, they can notice more problems before they occur.

Transparency allows IT operations and developers to know where projects are in the pipeline so they can better understand the needs of their counterparts. Combined with improved collaboration, visibility helps teams quickly act on what they see.

As with any industry or profession, DevOps really boils down to efficient team dynamics. The principles we discussed above are integral to building a team that builds reliable services quickly. By monitoring the progress and efficiency of your team, with both development speed and incident management metrics, you’ll continuously improve the effectiveness of your engineering and IT processes. Teamwork is the name of the game with DevOps: everyone needs to be a team player when it comes to on-call responsibilities and code ownership. 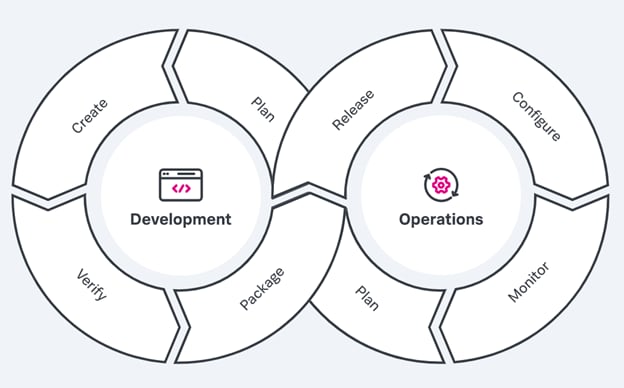 Now that we’ve looked at many of the common principles of DevOps, we can start to see how they manifest themselves in DevOps roles and responsibilities. Let’s go through some common DevOps duties and break down how these processes benefit engineering and IT teams.

The entire DevOps team oversees application and infrastructure planning, testing and development. Sharing the responsibility for the development and release pipeline leads to more reliable services. Being part of a DevOps team doesn’t mean you have an entire team made up of “DevOps Engineers” – but a DevOps-oriented company will spread the accountability for application development, testing and release across the entire engineering and IT organization.

Being part of a DevOps team means you have a responsibility for building a CI/CD pipeline and optimizing processes, people and tooling. DevOps-minded engineers will see ways they can constantly improve the pipeline – from people to processes.

The team will shift testing and QA further left into the development cycle, allowing the team to continuously test, without restricting speed.

Implementation of automation clearly falls on the shoulders of DevOps teams. It’s the responsibility of everyone from the data team to the frontend team to automate tasks and improve the efficiency of engineering and IT. By constantly automating mundane tasks, you’re able to focus more on strategic development and driving business value.

With shared accountability and code ownership, DevOps teams need to take on-call responsibilities and incident management work. But, the more time the DevOps team spends responding to incidents in production, the more they learn about their systems. So, over time, developers start to write code that better fits into their applications and infrastructure — resulting in fewer incidents.

And, IT teams gain more influence in the development lifecycle, helping them proactively deepen the reliability of services being deployed.

Last but not least, DevOps teams are responsible for the implementation of actionable monitoring solutions. The organization needs to collect data and know how they can take action with it. The DevOps team (aka everyone) is responsible for exposing blind spots in their applications and infrastructure, and then figuring out how they can monitor those services.

Monitoring is just one small step into building highly observable systems – but it’s an important start for building reliable systems.

DevOps roles and responsibilities are broad in scope but combine the specialized skillsets of individuals on the team. A culture of DevOps leads to shared ownership, on-call responsibilities and accountability for a team’s underlying service. With greater exposure to the production systems you’re building, developers are better at writing code that fits within the system’s parameters. And, the IT team is better at directing the developers and testing throughout the development lifecycle to ensure more reliable releases.