Understanding Cardinality in a Monitoring System and Why It's Important 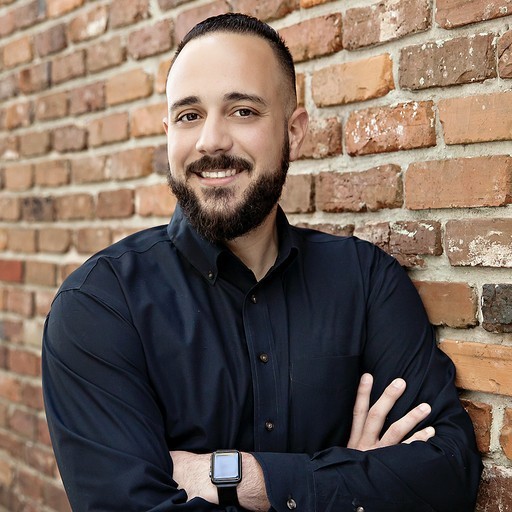 The journey to becoming cloud-native comes with great benefits but also brings challenges. One of these challenges is the volume of operational data from cloud-native deployments — data comes from the cloud infrastructure, ephemeral application components, user activity, and more. The increased number of data sources does not only increase datapoint volume – it also requires that monitoring systems store and query against data with higher cardinality than ever before.

So What is Cardinality in Monitoring Systems?

Here is an example of what metrics look like without the use of dimensions or labels. Using the Splunk Observability Cloud Metric Finder, we can see in the example below that we have an overwhelming number of pod memory usage metrics. With over 1000+ pods deployed in our environment, this data can be way overwhelming and almost rendered useless without adding a label – i.e., cardinality – to these metrics.

Here are two examples of Kubernetes pod memory usage metrics. In the example above, you can see the data as-is with no labels. In the example below, adding dimensions (kubernetes_namespace and deployment) allowed us to quickly find high memory utilization in a particular time period of the example deployment.

What Use Cases Require Use of High Cardinality Metrics?

Labels that create cardinality let you slice and dice metrics by various groups. Here are some examples where high cardinality metrics come in handy. I’ve italicized the dimension that unlocks the value in each example:

Why Is This Important?

As infrastructure becomes cloud-native and development practices evolve, it is possible to have hundreds or even thousands of different services, sending upwards of millions of data points per second. With these evolving practices comes change in how we monitor. Unlike collecting only infrastructure metrics and looking at individual components (servers), organizations are also instrumenting their application workflows to provide visibility to critical microservices and monitoring based on similar groups (Kubernetes nodes, pods).

Using these non-standard tags and dimensions to slice and dice data causes high cardinality, but what are the benefits? Having this granularity adds power to your data and enables you to answer questions like:

Here is an example of the value of these detailed metrics: answering how many successful item sale transactions have occurred within a 12 hour period. We can see from the example below that each customer tier (Gold, Silver, and Platinum) shows roughly about 120+ different successful item sale transactions. If the success rate was different by customer tier, we could further investigate. Without adding this information at the time of ingestion, we’d be unable to determine if such a difference existed.

Is High Cardinality Hard to Manage?

High cardinality metrics can be hard to manage due to the increase in the number of time series stored by your time-series database and the resultant need to make more queries, that are more complex in nature. With the increase in stored time series, any significant event (e.g., a code push, burst of user traffic) will result in a flood of simultaneous writes to the database as well.

The documentation for many monitoring systems actually warns users not to send in dimensions with a high number of potential values or to keep dimension values below a hard limit to avoid performance penalties which means that a more significant time series footprint leads to slower-loading charts, delayed alerts, and less reliable monitoring.

Unlike competitors, Splunk Observability Cloud allows you to query over 50,000 metric time series in a single job without incurring performance penalties. It is designed around several features aimed at reducing computational overhead when fetching data across high cardinality metrics, both in how queries are performed against metric time series and how they are stored. You will also never miss any metrics. With its NoSample™ Full-Fidelity Trace Ingestion and Retention, Splunk Observability Cloud collects all traces instead of a sampled subset, leaving no anomaly undetected. This also can be done with practically infinite cardinality, letting you get the insights that you need, when you need them.

Since databases tend to be optimized for either storage or retrieval or handling a particular type of data, most TSDBs impose limitations on aggregation, cardinality, and querying to preserve stability at the expense of performance.

Splunk Observability Cloud was designed with two separate backends for storing metric time series – one specifically optimized to handle metric values and one for human-readable metadata. Each backend is tailored to a specific use case (handling metadata is a search problem, while datapoint storage requires optimizing for bulk reads and writes) and scales independently of the other.

To help with query performance, Splunk Observability Cloud does not treat ‘source’ or ‘host’ dimensions as unique. Other TSDBs require users to specify a primary filter condition on source or host dimensions – any further filtering by tags happens on the result of that primary filter resulting in highly inefficient queries. Since there is no condition on source/host, searching just by a tag requires those systems to scan through all time series to find which ones are a match.

Splunk Observability Cloud treats all dimensions and tags the same, which means any search by any combination of dimensions is equally efficient and fast, resulting in better query response times and usability for environments with high cardinality metrics.

High cardinality metrics are becoming common as organizations move away from monitoring that mainly focuses on system metrics and more towards critical indicators like customer experience and application health. Using them allows you to take more action on your data and unlock valuable insights. The real value of observability comes from answering questions about your business, and cardinality is a requirement to do this. You owe it to yourself to make sure that your monitoring and observability platform can handle arbitrary cardinality and can grow with your business.

Johnathan is part of the Observability Practitioner team at Splunk, and is here to help tell the world about Observability. Johnathan’s career has taken him from IT Administration to DevOps Engineer to Product Marketing Management. In addition to Observability, Johnathan’s professional interests include training, DevOps culture, and public speaking. Johnathan holds a Bachelor’s Degree of Science in Network Administration from Western Governors University.