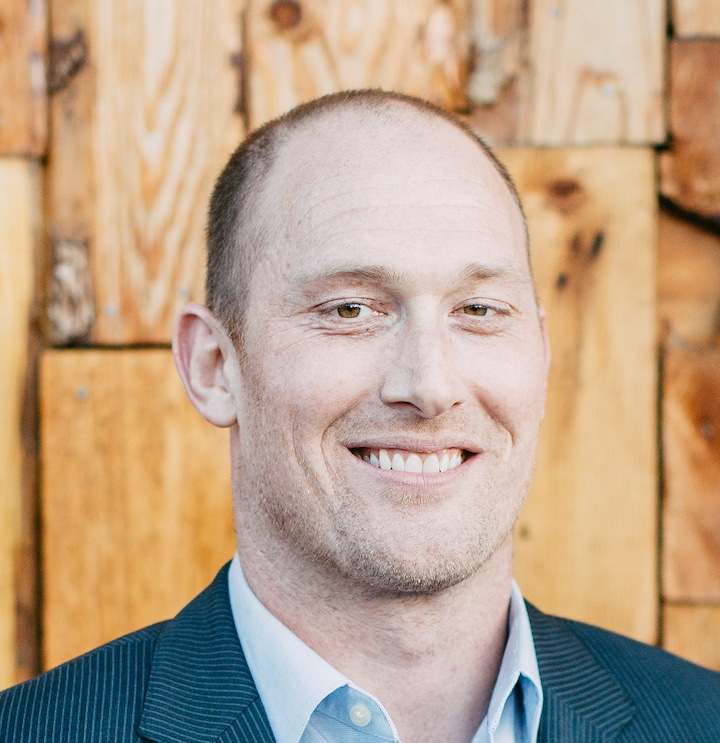 Splunk Observability has two new enhancements to make it quicker and easier to troubleshoot the slow or frequently executed queries in MySQL and NoSQL databases. First, Splunk users can now monitor and troubleshoot their NoSQL databases, starting with Redis, with no additional set up required. Next, we’ve added helpful context between the performance of hosts or instances in Infrastructure Monitoring, and database query performance in Application Performance Monitoring (APM). Along with Splunk Synthetic Monitoring, Splunk RUM, Splunk Log Observer, and Splunk On-Call, these enhancements help engineers detect, troubleshoot, and resolve problems faster.

Starting with Redis, Splunk now supports NoSQL database monitoring and troubleshooting. Engineers can resolve bottlenecks from latency, request rate or errors in Redis databases, and understand which instance or command was the cause.

Here’s a quick example of troubleshooting a Redis instance with the use of database correlations:

An SRE receives an alert for a spike in CPU utilization rate within a redis instance. They review Redis performance metrics in Splunk Infrastructure Monitoring and notice spikes in ‘operations per second,’ ‘CPU utilization,’ and ‘network bytes per second’ after a recent deployment. 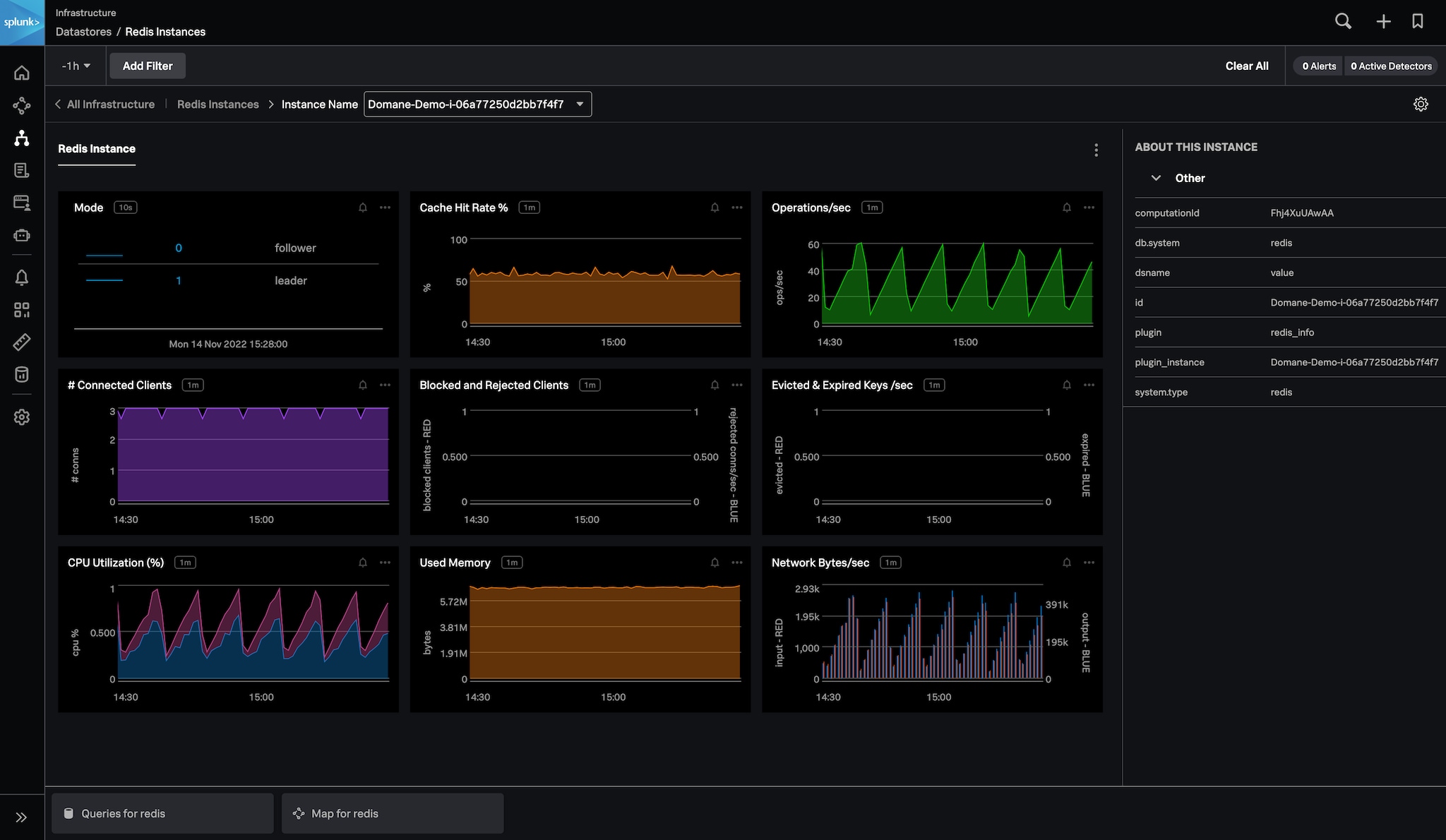 While Infrastructure Monitoring provides some initial detail for the SRE, Splunk now offers database correlations from related content at the bottom of the UI. The tiles, “Queries for redis,” navigate to the slowest and most frequently executed queries, while  “Map for redis,” will navigate the user to a birdseye view of the database and all of its dependencies.

The SRE first clicks the ‘Map for Redis’ tile. They confirm the database is performing high requests to the ‘cartservice’. From here the SRE wants to find which command is performing abnormally, and they can explore further by expanding the ‘database query performance’ tile. 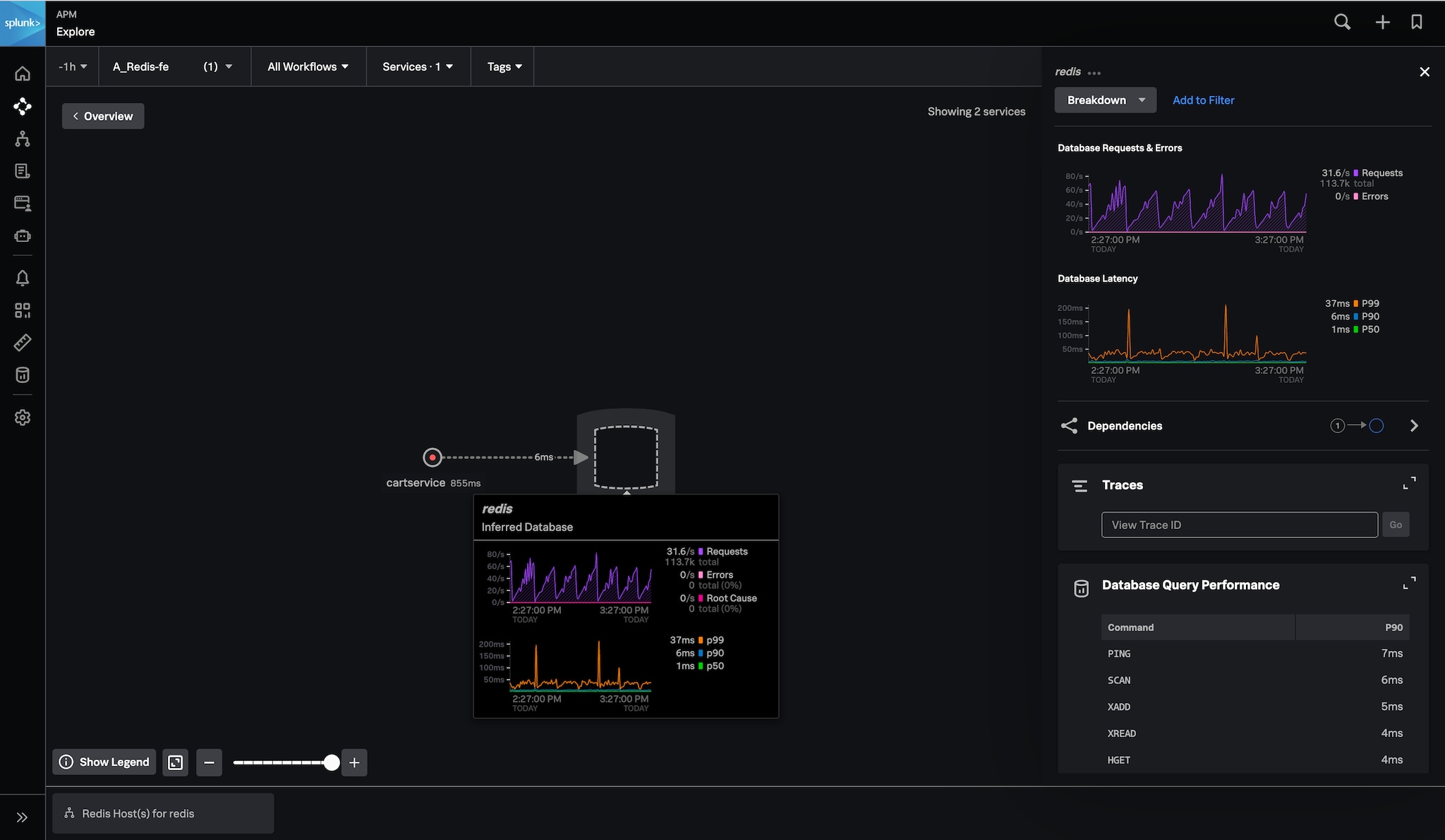 Alternatively, the SRE can click  “Queries for redis,” and use Splunk APM to identify the specific commands that are driving the spikes in query performance.

APM’s Redis command performance surfaces the top commands by latency, request rate and total time. For this Redis instance, the SRE sees that ‘SCAN’ commands are experiencing high request rate, which correlates with the spike found in Splunk Infrastructure Monitoring. 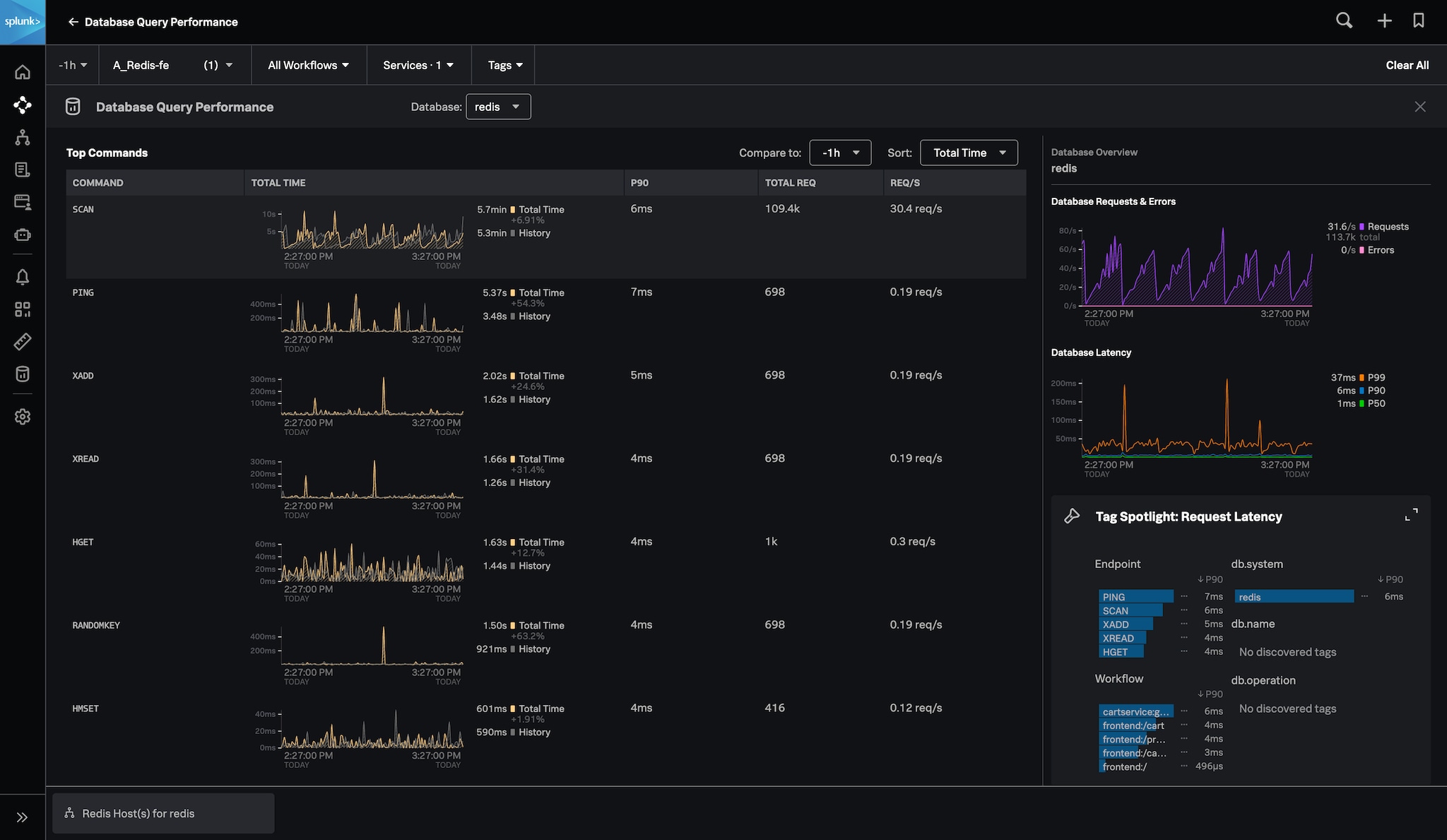 The SRE then uses tag spotlight and finds that Cartservice:grpc.request has 113,000 requests per second, and scope the additional impact of the problem across their workflows. 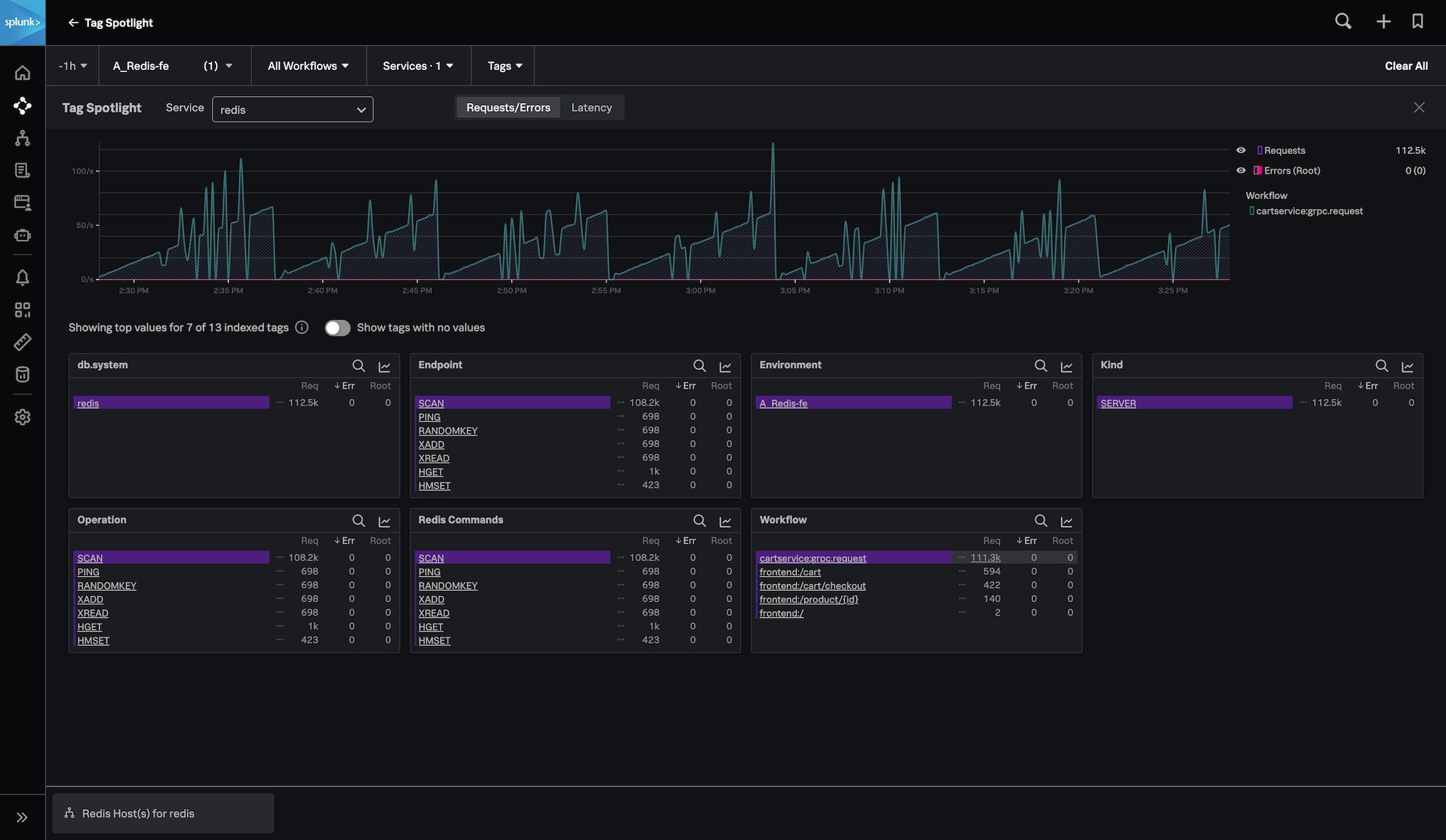 From here, the SRE can effectively communicate the performance problems with the ‘Cart service’ and ‘cartservice:grpc.request’ workflow, and their SCAN commands to their database administrators or service owners.

For database performance, Splunk provides an end to end troubleshooting experience with enough information to understand the source of slowness, and helpful context to help SREs communicate with DBAs as they troubleshoot. Out of the box capabilities connect client side metrics to database performance, and help engineers quickly jump from Splunk Infrastructure Monitoring to APM. There is no additional cost for these additional database features in Splunk O11y. For Splunk users focused on Open Telemetry standards, so there will be no custom instrumentation overhead.