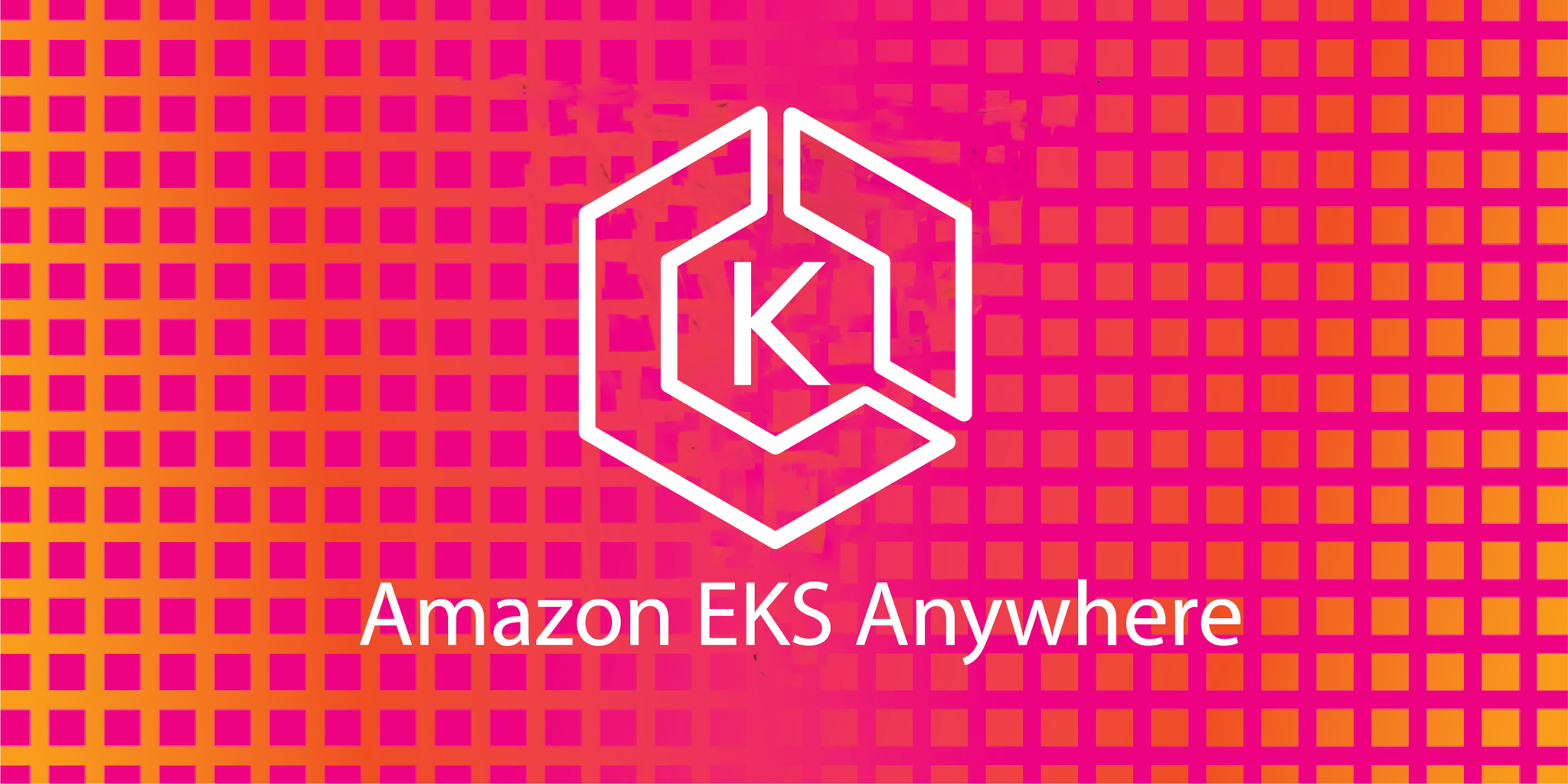 With Splunk’s support for EKS-A, our joint customers can confidently run Kubernetes in all environments — cloud-native with Amazon EKS, hybrid with Amazon Outposts and on-premises self-managed environments using EKS-A. Additionally, Splunk provides complete visibility into the underlying vSphere VM infrastructure to get the full context of performance characteristics from one single solution.

When running Kubernetes on-premises, the SRE and cloud operations teams need an easier and consistent way to manage Kubernetes clusters and infrastructure without the need to become an expert in Kubernetes internals.

Observability in Kubernetes Environments: Irrespective of Where You Run It

Splunk Infrastructure Monitoring provides an easy and intuitive way to understand and manage the performance of Kubernetes worker nodes and deployed applications. In a previous blog, Kubernetes Navigator: Real-time Monitoring and AI-Driven Analytics for Kubernetes Environments Now Generally Available, we covered how DevOps and SRE teams can detect, triage and resolve performance issues in Kubernetes environments faster than ever before by taking advantage of the following features:

A global, at-a-glance view into the entire Kubernetes environment helps teams understand how the overall system is performing. It is equally important to have a granular, detailed view into individual components as teams narrow down to the source of the problem—drilling down from nodes to pods to containers to workloads. 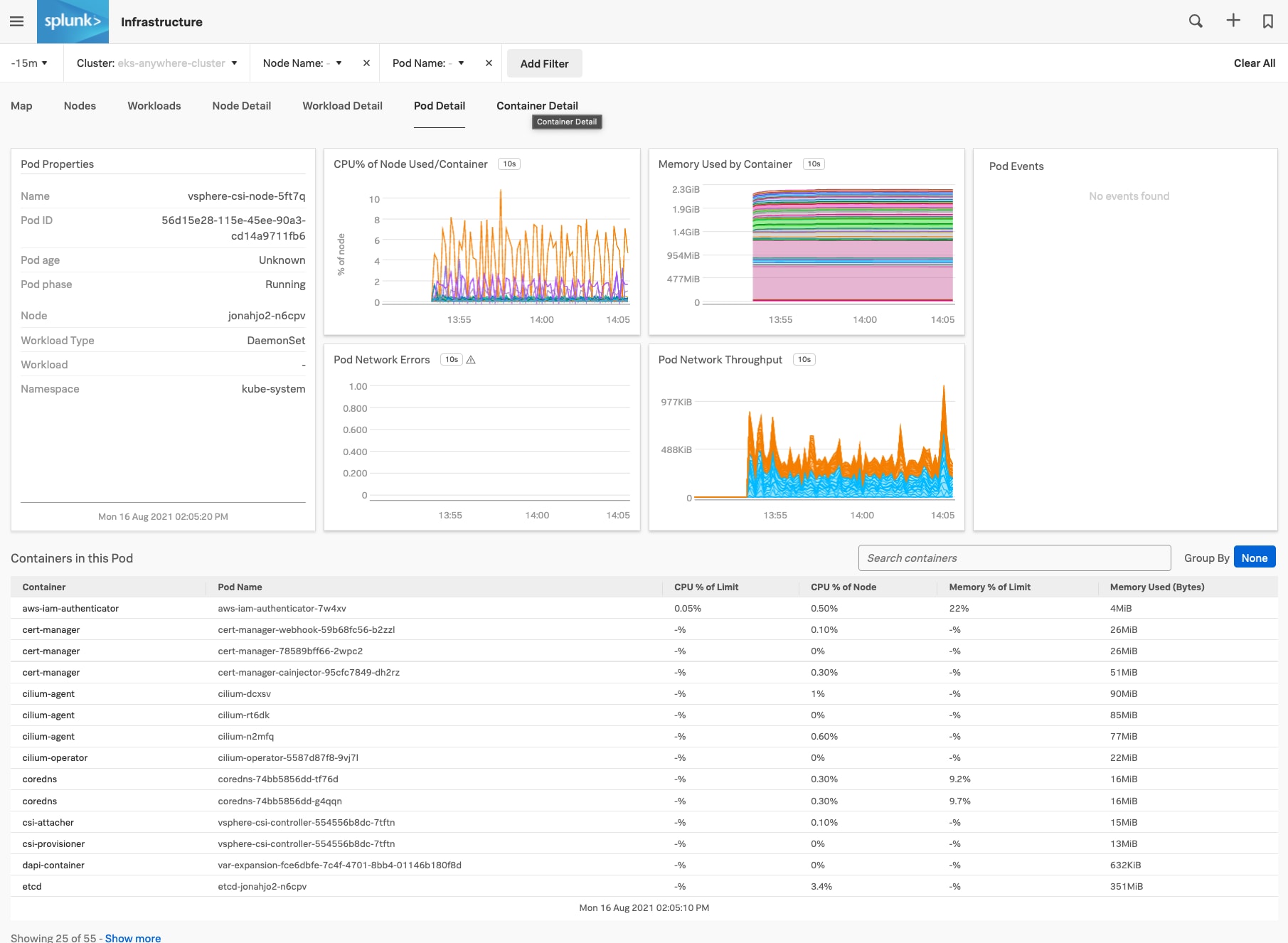 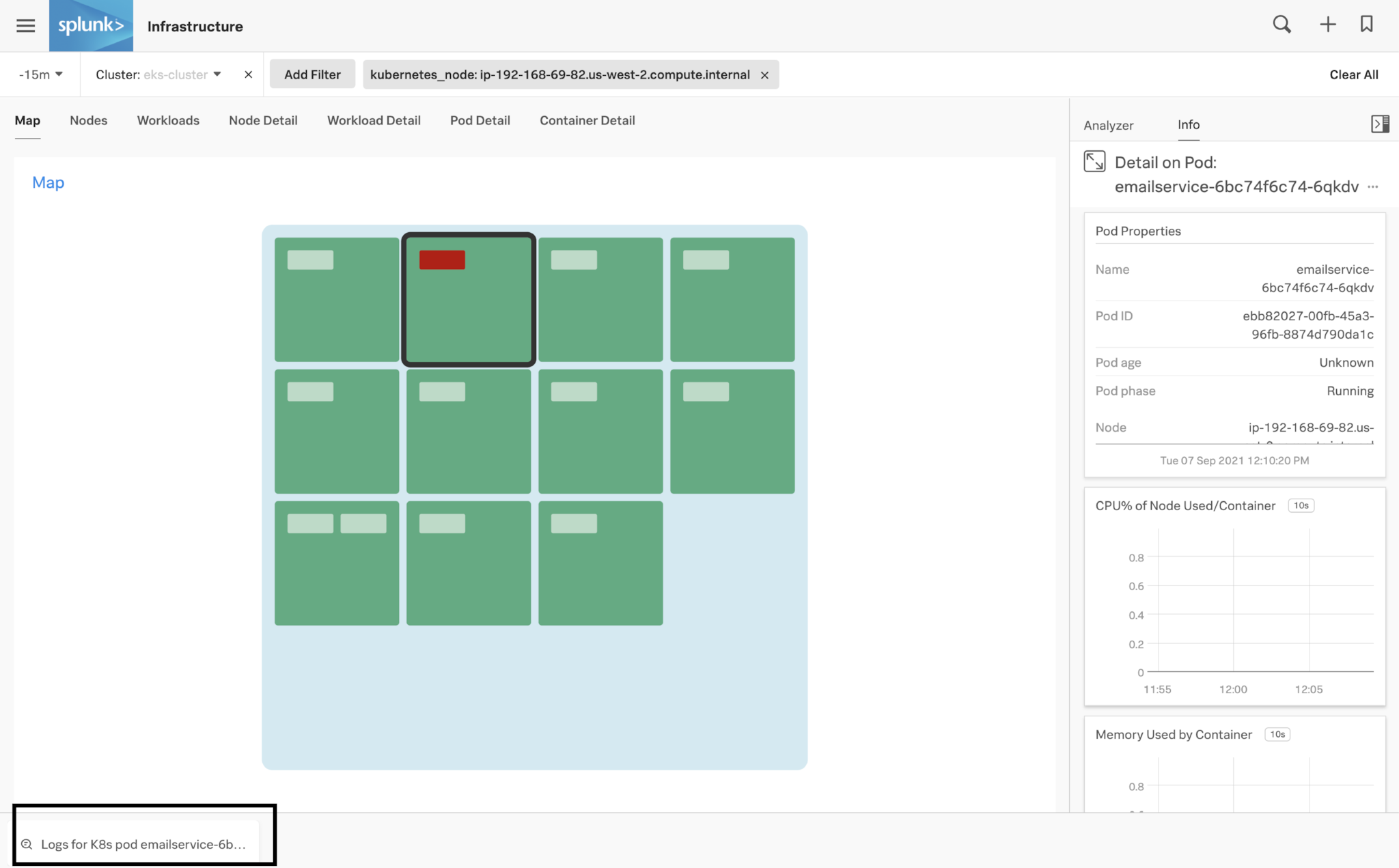 Kubernetes Analyzer: AI-driven analytics to expedite troubleshooting and understanding the why behind performance anomalies. Kubernetes Analyzer automatically surfaces insights and recommendations to precisely answer, in real-time, what is causing anomalies across the entire Kubernetes cluster

Additional context from vSphere: Get complete visibility into your vSphere environment so you can detect and troubleshoot performance anomalies in the underlying infrastructure such as resource saturation or unexpected spikes that can prevent EKS Anywhere from scheduling and running workload pods as requested.

Splunk provides out-of-the-box telemetry for Kubernetes internals, including components that make up the control plane, as well as those running on the worker nodes in addition to key add-ons. Monitoring these components enables rapid troubleshooting of issues related to scheduling, orchestration and networking of Kubernetes clusters:

Kubernetes is a distributed system, and all the components mentioned above communicate only with the API server, which orchestrates various lifecycle events for deployed applications. Kubernetes clusters consist of persistent entities called Kubernetes Objects which represent the state of Kubernetes clusters. These objects include:

The policies around how those applications behave such as restart policies, upgrades and fault-tolerance:

Sign up for a free trial of Splunk Infrastructure Monitoring to get started with end-to-end Kubernetes monitoring.