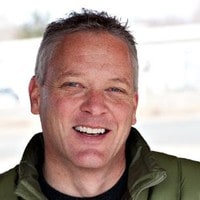 Todd Vernon is VP of Product, IT Markets at Splunk. He is the founder and former CEO of VictorOps, which was acquired by Splunk in June of 2018. VictorOps is one of three successful businesses he built from scratch. Along the way, he has led or been a part of teams that have raised a combined $150M in venture capital and in the case of one went on to a $50M successful public offering.

DevOps IT IT Operations
Show All Tags
Show Less Tags