Distributed Tracing for Kafka Clients with OpenTelemetry and Splunk APM 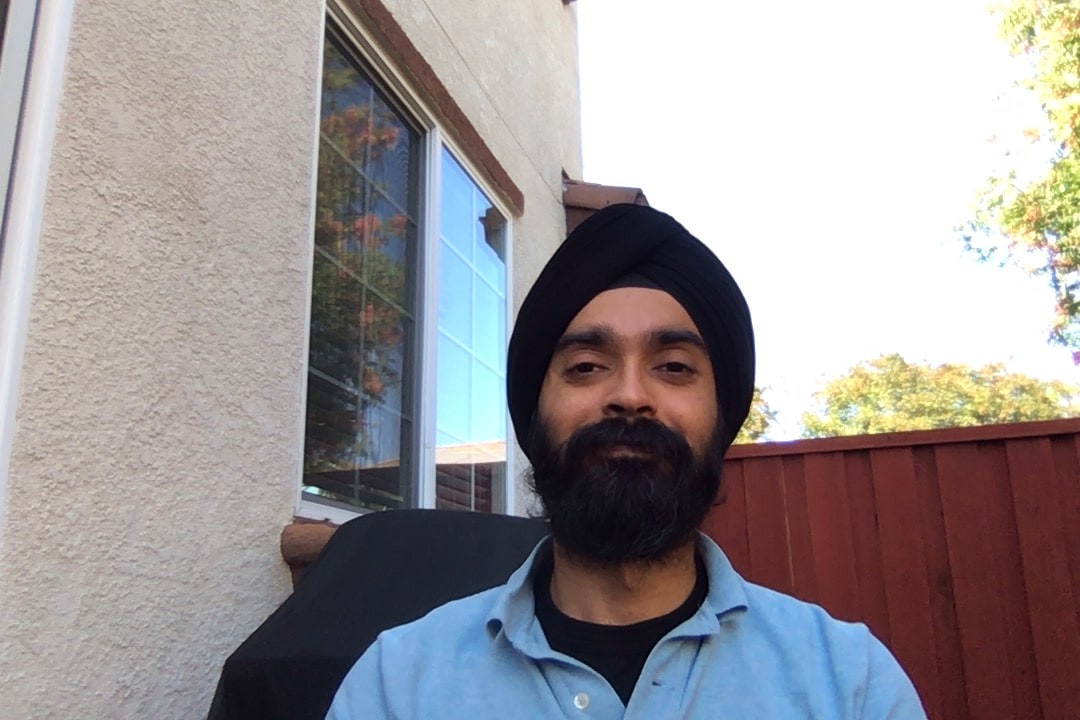 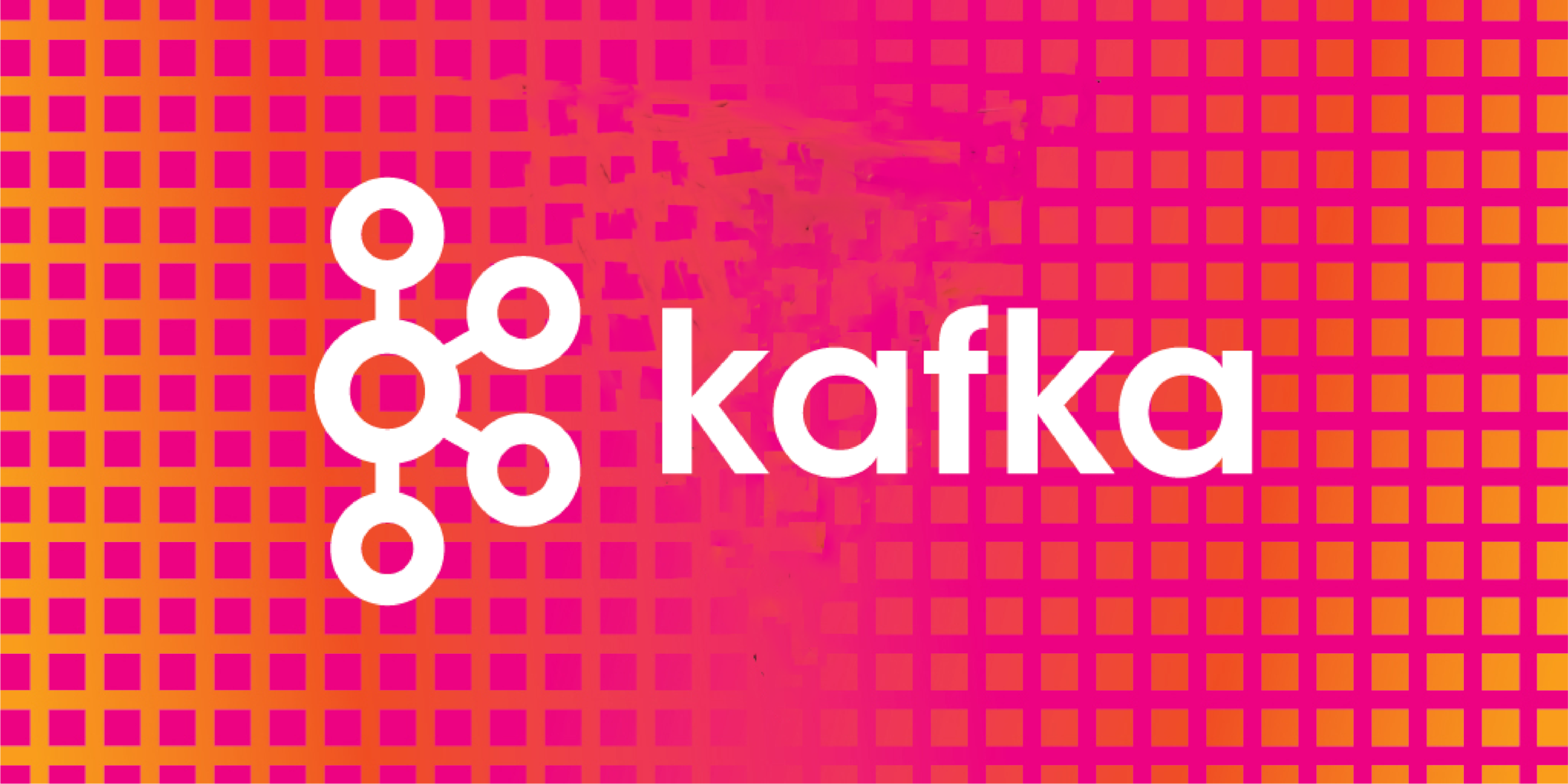 In this blog, we'll cover how to enable distributed tracing for Kafka clients with OpenTelemetry and Splunk APM.

Distributed tracing has emerged as a critical part of the DevOps tool chain to manage the complexity that distributed architectures such as Kafka bring. It provides the context across the life of messages flowing through Kafka and can be used to visualize data flow and identify or triage performance anomalies.

Apache Kafka 0.11 onwards introduced the ability to add headers to Kafka messages. Headers are just key:value pairs that contain metadata, similar to HTTP headers. We can take advantage of these headers by adding all relevant tracing metadata into headers alongside Kafka messages. OpenTelemetry provides a convenient library (on top of Shopify’s sarama library) that we can use to inject tracing with your messages.

We’ve provided simple examples extending what OpenTelemetry provides by adding a wrapper span around both the producer and consumer group.

Details on instrumenting Kafka clients are as follows:

a: We provide the endpoint we want to send our Jaeger traces to:

b: We also provide a service name (required for any tracing instrumentation to recognize our service):

Step 2: Create our parent producer span, which can also include the time taken for any preprocessing you want to consider before generating the Kafka message.

We provide a name for our operation - “produce message” in this case. And start a root span.

Step 3: Call another function which will use the opentelemetry method (WrapAsyncProducer) to wrap the kafka message with a span. We pass along our trace propagator, which will allow the downstream service to extract our parent span and create a new span as a child of this parent span.

// Wrap instrumentation - pass in the tracer provider and the appropriate propagator

Step 4: Create a message and inject the tracer as a header into the message:

Final Step: Optionally, we can add any extra metadata/key:value pairs to our parent span. Notice, we’ve explicitly commented out the message offset and partition because the OpenTelemetry instrumentation automatically adds that in the kafka.produce operation span.

Also, if you do intend to run the code provided, you will need to set a couple of environment variables, specifically KAFKA_PEERS for your list of brokers and KAFKA_TOPIC for the topic name. You would also need a tracing backend, such as Splunk APM or a Jaeger server.

Step 1: Similar to producer instrumentation, we begin by initiating the Jaeger tracer:

a: We provide the endpoint we want to send our Jaeger traces to:

b: We also provide a service name (required for any tracing instrumentation to recognize our service):

Step 3: Create a consumer claim and as we read each message, we add a new method to do some additional processing on that message (in this case, it is trivial processing — simply printing the message).

propagators := propagation.TraceContext{}
ctx := propagators.Extract(context.Background(), otelsarama.NewConsumerMessageCarrier(msg))
...
// Create a post-processing span from the context object, thus setting it as a child of the span that already exists within the context object.
_, span := tr.Start(ctx, "consume message")

Step 5: Set optional span attributes. You'll notice that we've explicitly commented out the offset, partition and topic of the message because these attributes get automatically captured in our parent span (the one that represented the kafka.consume operation in Step 4) by the opentelemetry instrumentation.

Final Step: Optionally, you can also inject the current span, the one we called the post-processing span, into the context object. This way any further processing in goroutines (aka lightweight threads in go) or in any downstream service/microservice can be captured as part of the same transaction/trace.

Once the instrumentation is all complete and we start sending to and consuming from Kafka, we get an automatically generated service map within Splunk APM. 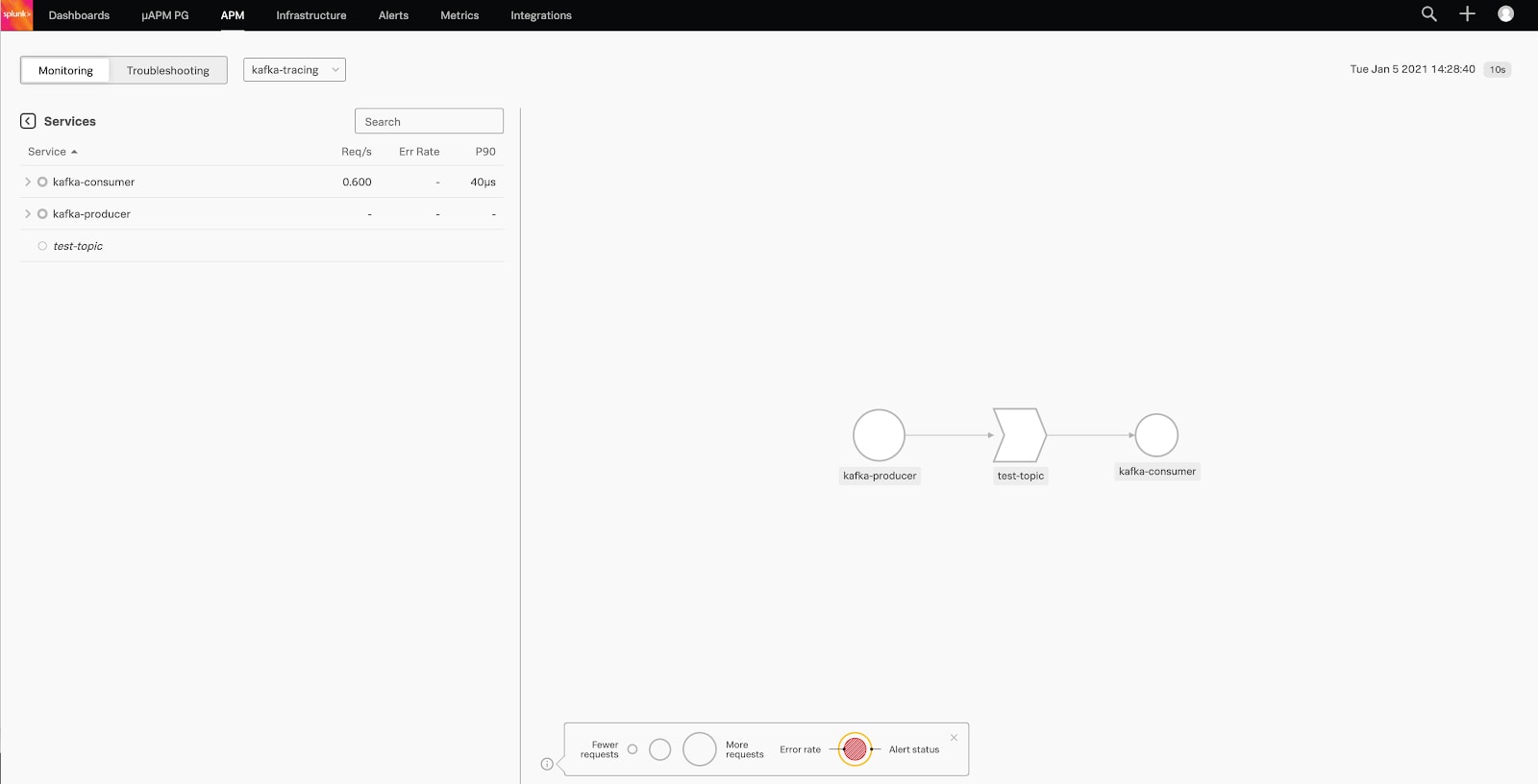 Now to put it all into action!

We setup a small Kafka broker and starting sending to and consuming from a "test-topic" on the broker. To determine the behavior of the producer and consumer, we logged into Splunk Observability Cloud and navigated to the Kafka consumer lag dashboard. We were able to observe that the topic offset was increasing, as well as the consumer group's current offset. The consumer lag was barely 1-2 messages behind. So our consumer was keeping up fairly well with the producer. 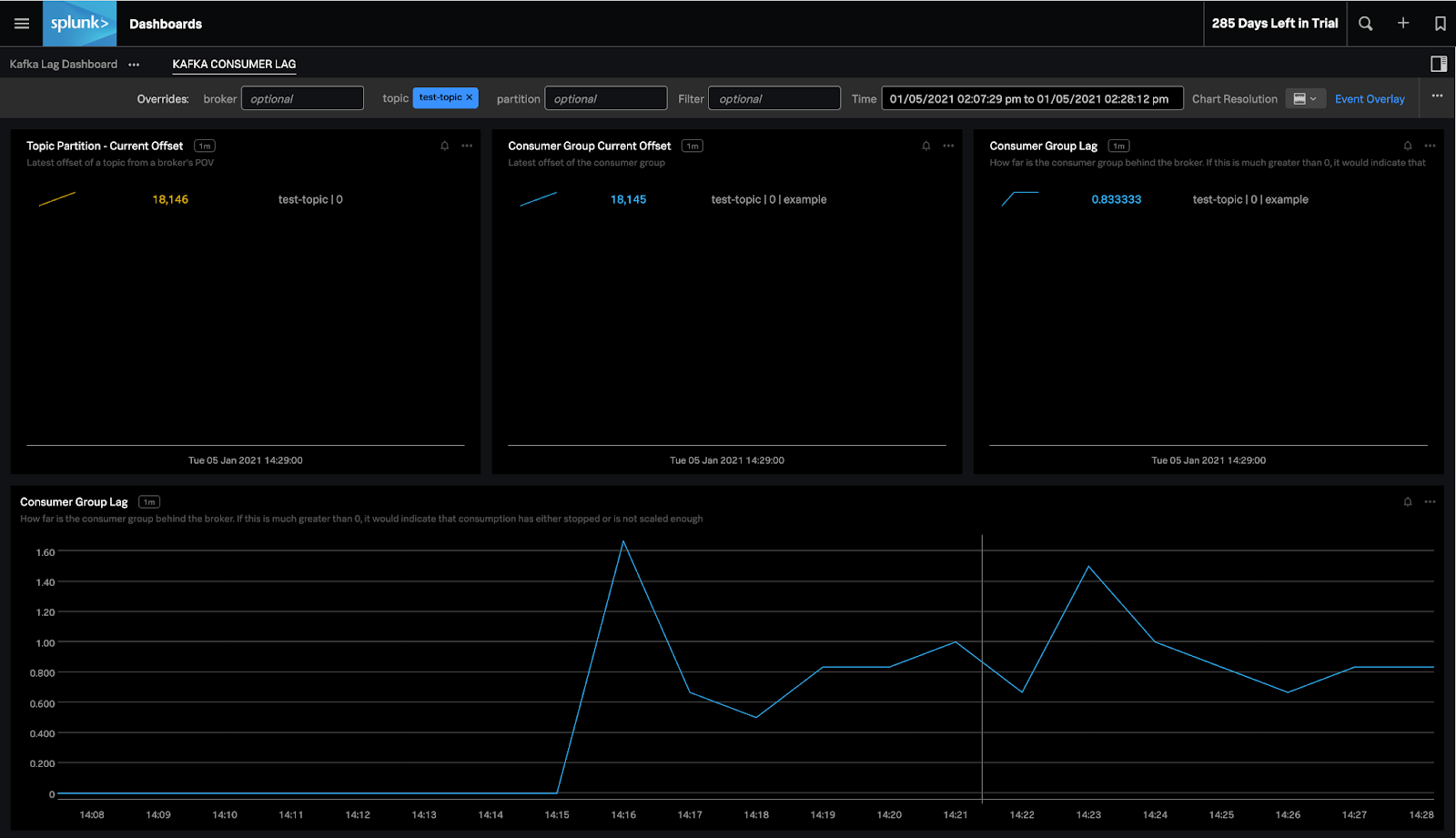 Next, we killed our consumer to see what would happen. As expected, our consumer group offset stalled (due to no consumption, since there was only a single consumer in our consumer group). The offset on the broker, specific to the topic and partition, continued to increase and the consumer lag started ballooning. 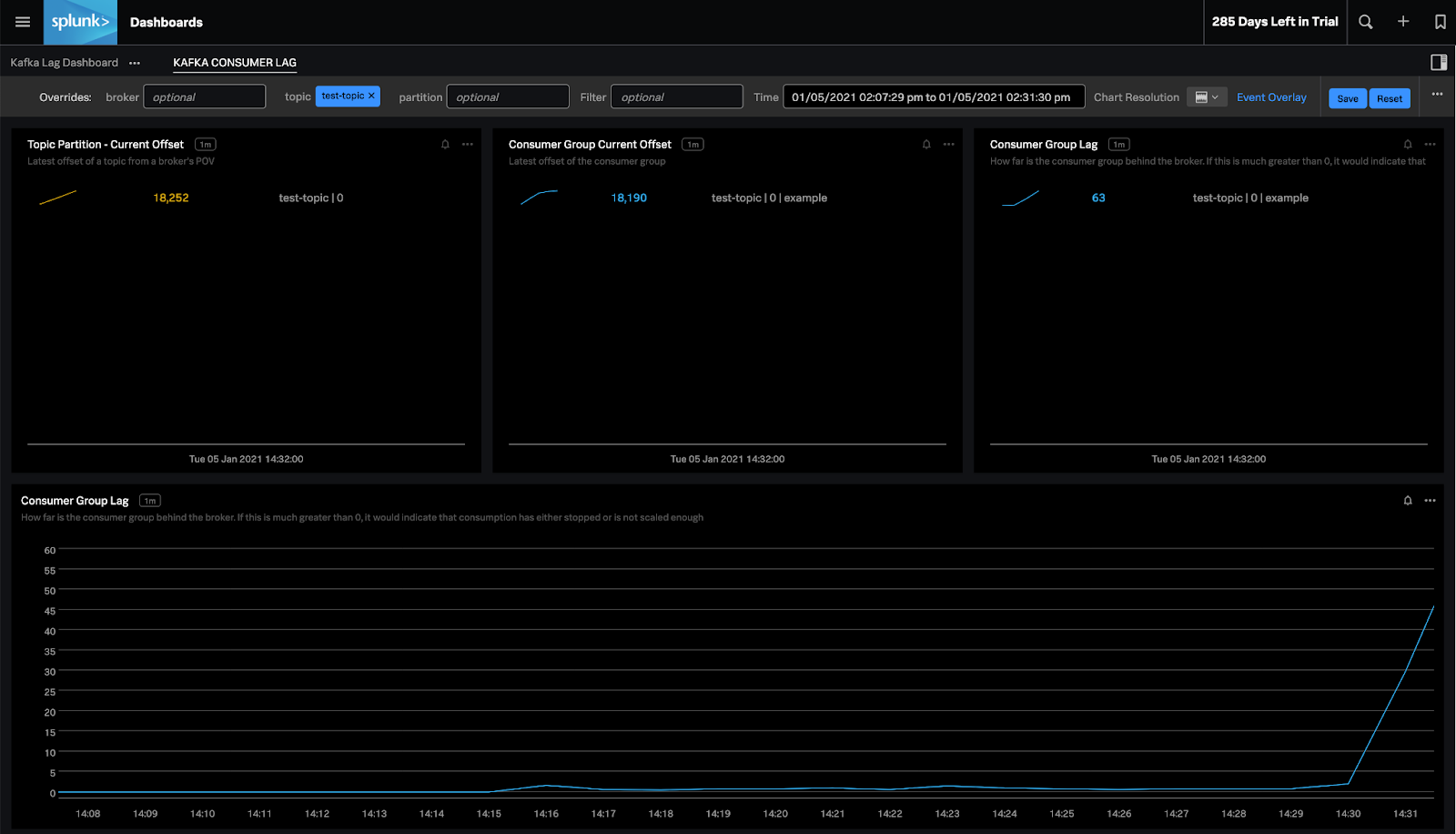 Upon restarting the consumer, the lag started dropping and the consumer group started to catch up. 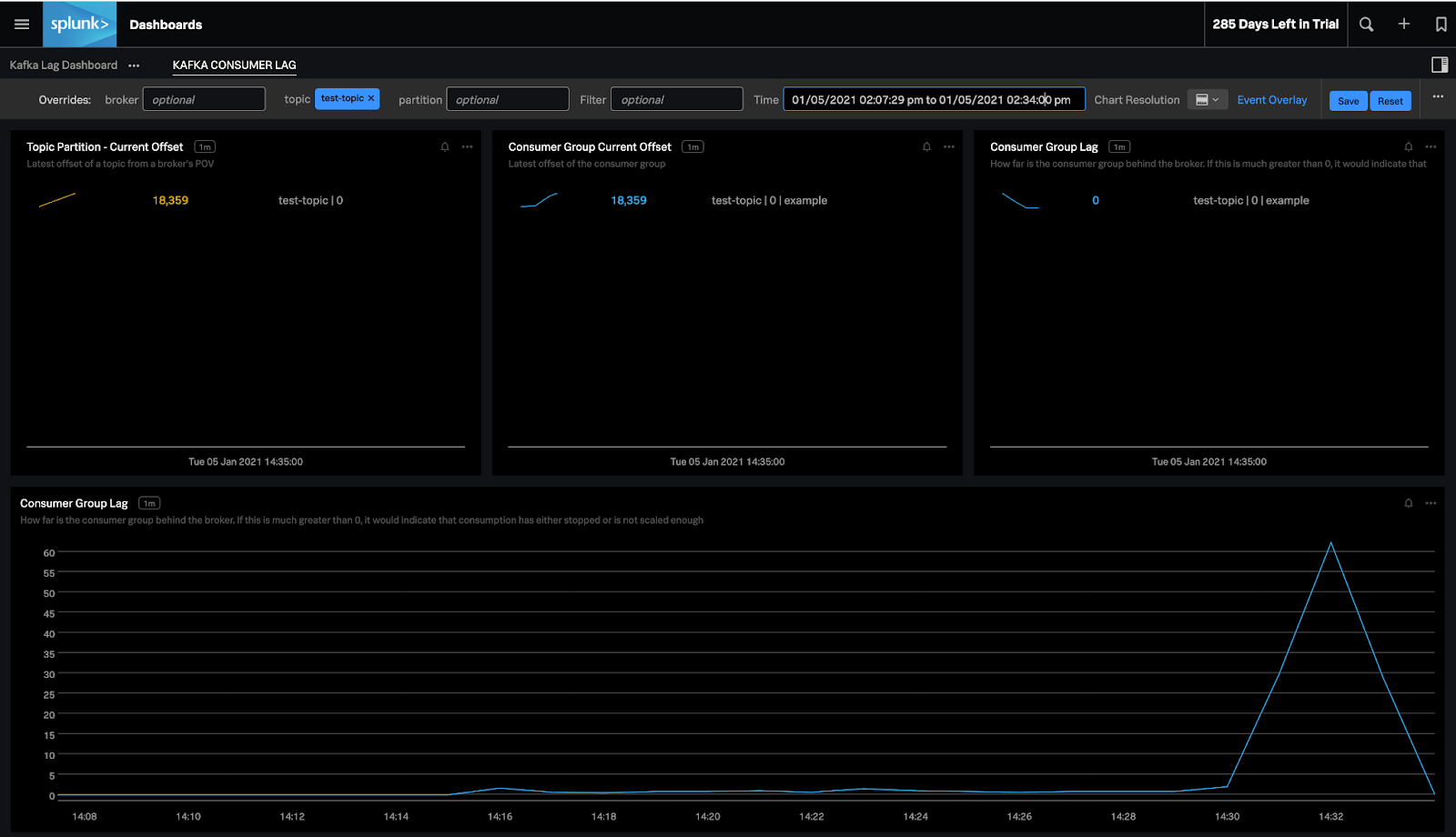 From a distributed tracing perspective, we were able to determine that the consumer stalled by looking at the flat purple line on the top right of the page, which was tracking the requests/sec specific to the consumer. 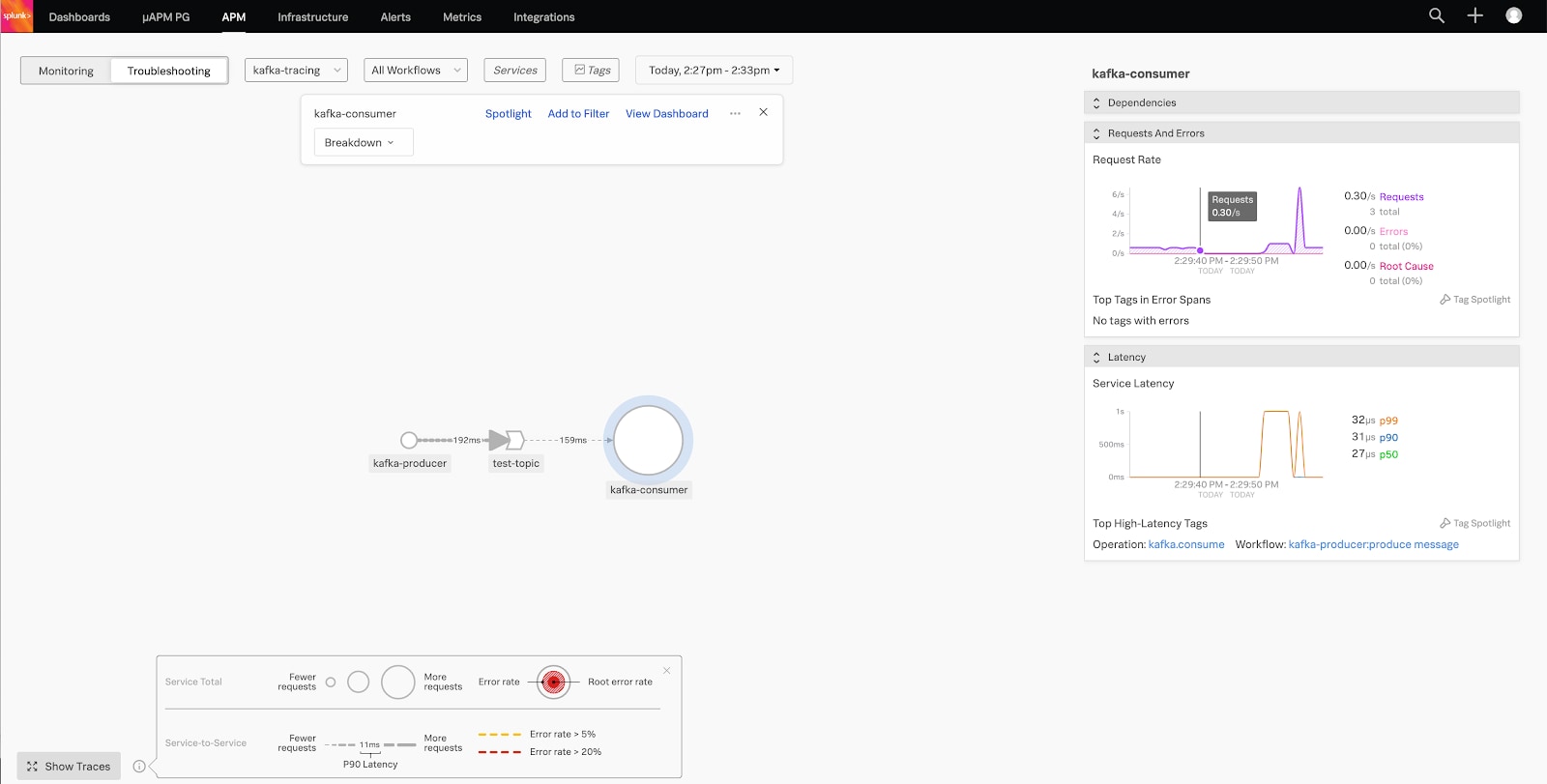 We were also able to find example traces of when our consumer started up again. 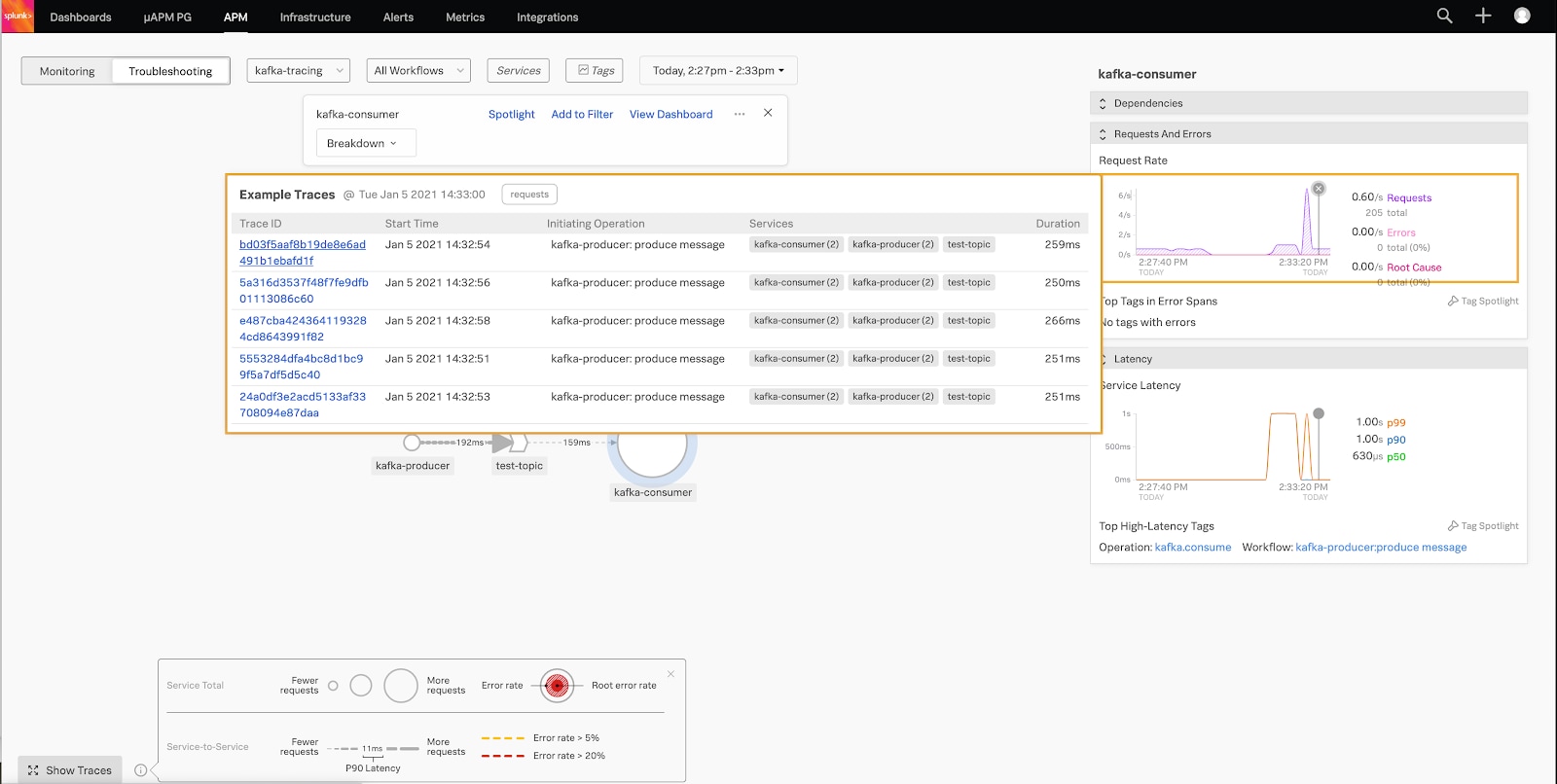 Upon navigating to one of the traces, we are also able to see all the relevant details of each of the spans within the trace as well as their duration. In the image below, the spans auto-inserted by our opentelemetry wrapper methods have the operation name "kafka.produce" and "kafka.consume". Within each of these spans, there are details about the exact topic (messaging.destination), offset (messaging.message_id) and partition (messaging.kafka.partition) specific to each message.

Let's specifically look into the details of the spans specific to the producer. 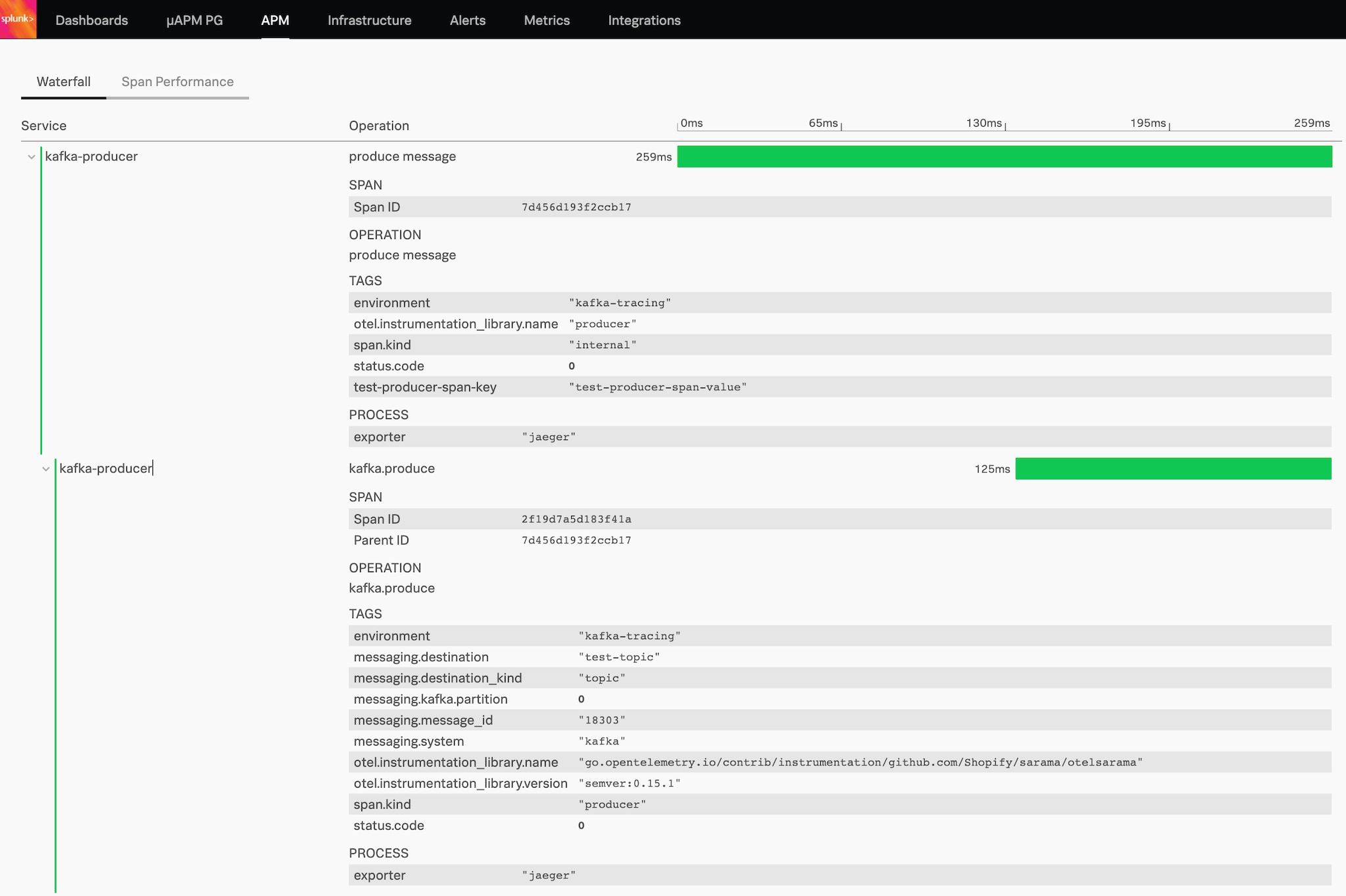 Next, we can look into the spans specific to the consumer. 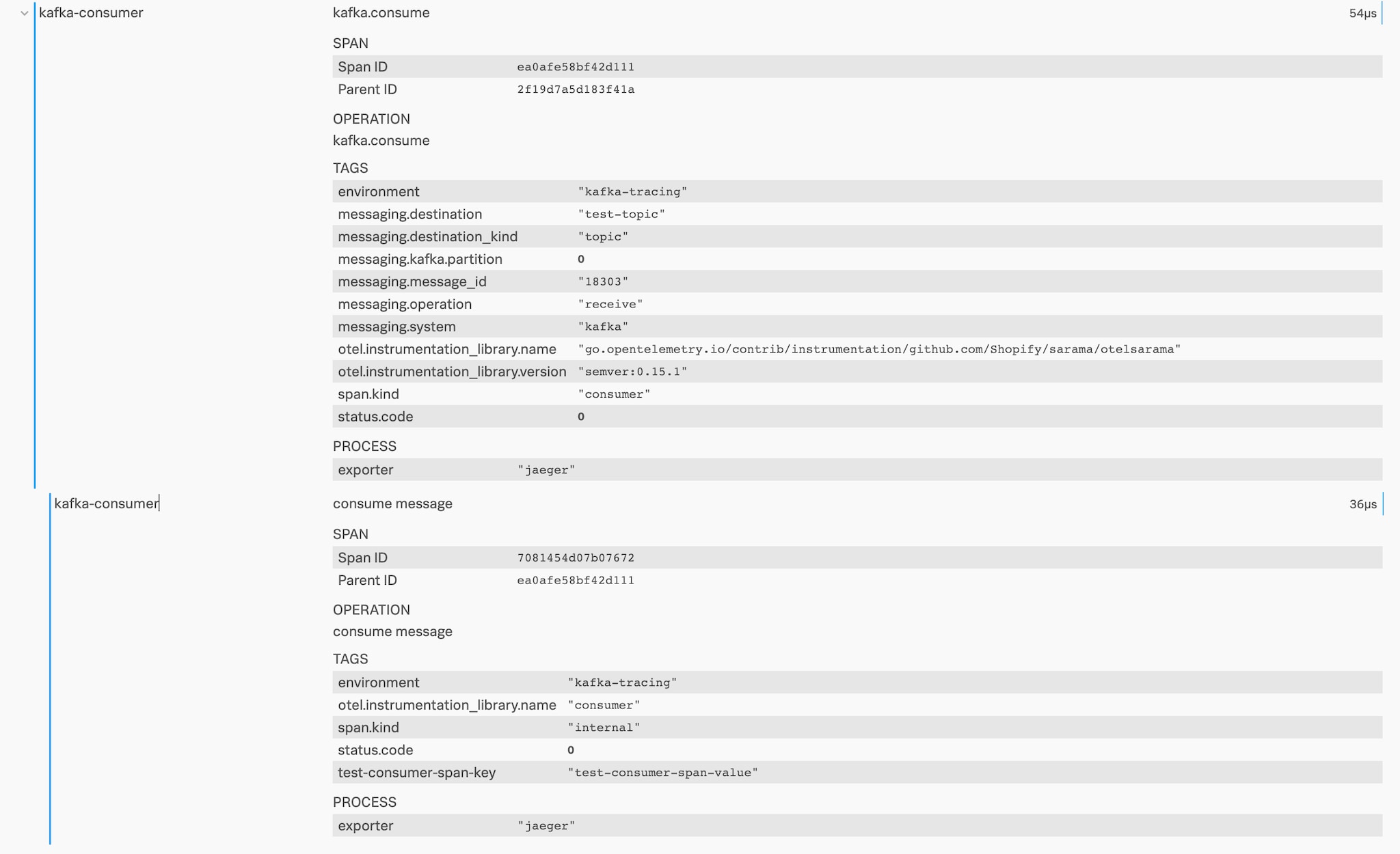 Finally, since Splunk APM stores a 100% of your traces for 8 days, we are also able to hunt down unique traces in the system. As an example, we were aware of the exact offset of the first message that the consumer read upon restart. We searched for the offset in Splunk APM and found the exact trace we needed.

As expected, the duration of the trace was much higher because the message had been sitting unread on the broker until the consumer re-connected and consumed it!

End-to-End Observability into Your Kafka-Based Applications

Splunk Observability Cloud provides end-to-end observability for your streaming applications based on Kafka.

Get started today by signing up for a free trial of Splunk Observability Cloud.

This blog post was co-authored by Splunk's Amit Sharma.

I've worked as a Sr. Software Engineer at Sun Microsystems/Oracle. Then I joined SignalFx as their first sales engineer hire.