The Splunk Threat Research Team is actively monitoring the emergence of new threats in the cyber domain of ongoing geopolitical events. As we have shown previously in several releases, including HermeticWiper and CaddyWiper, actors in this campaign are deploying, updating, and modifying stealthier malicious payloads. On March 17th, 2022, the Ukraine CERT discovered a new malicious payload named DoubleZero Destructor (CERT-UA #4243). This new malicious payload has the following features:

This malware is a .net compiled binary that has a customized obfuscation and a large amount of junk code that makes analysis harder to accomplish. Before performing its destructive functions it will list several directory names and paths where it will look for files it will wipe. 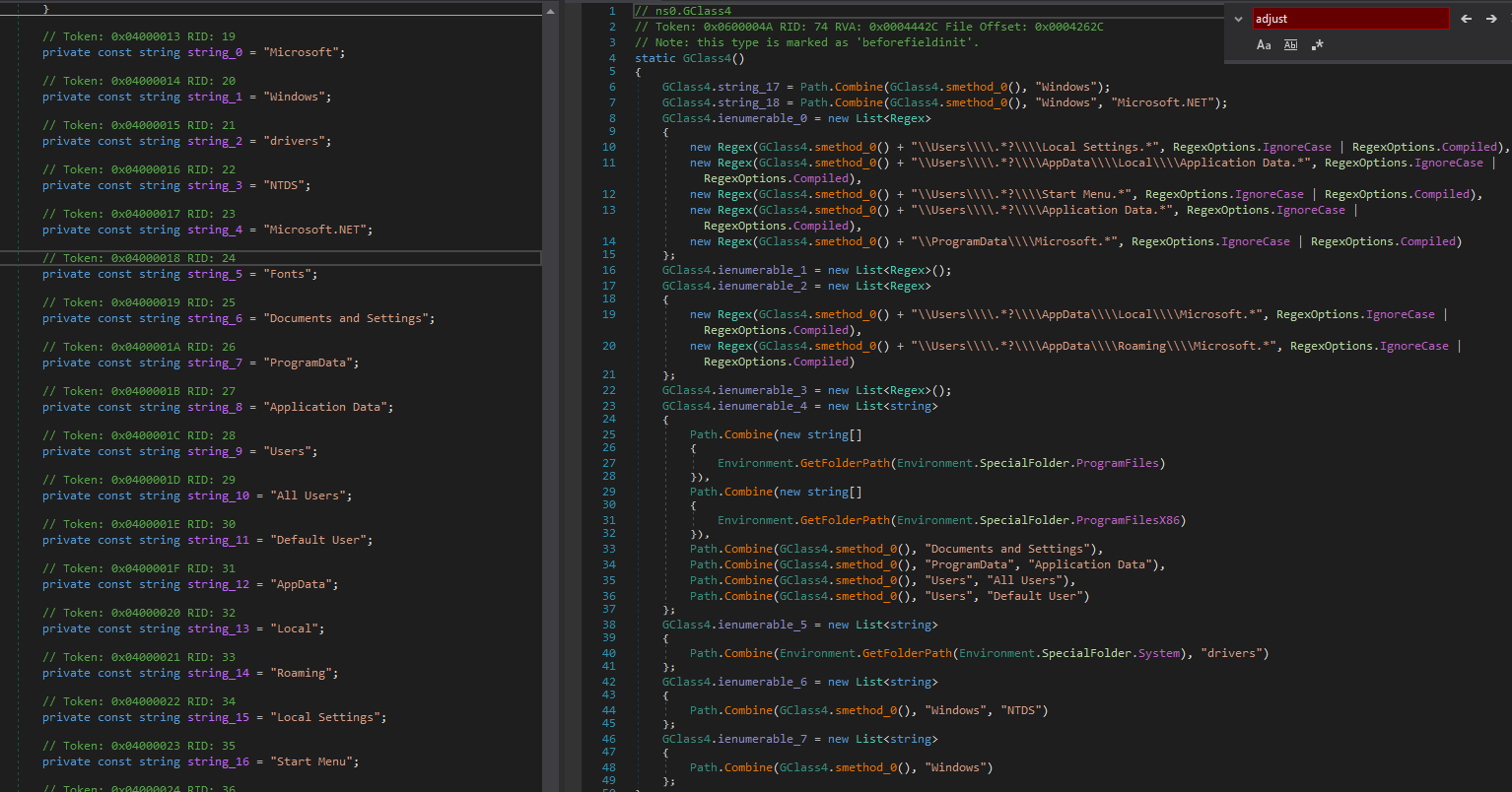 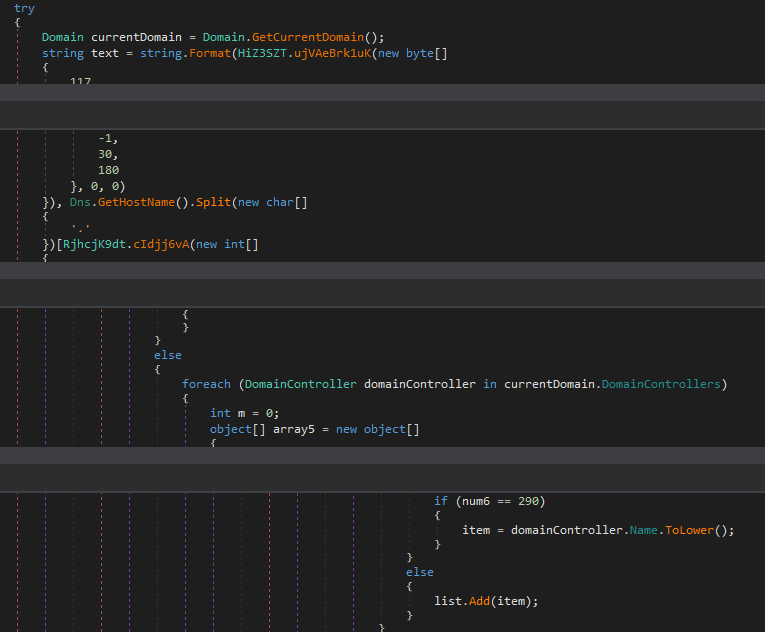 Aside from the directory names it lists, shown earlier in its code, this malware will enumerate all the drives mounted to the machine to look for more files to wipe. The code below shows how it gets the drive’s information within the compromised host machine.

Then it will adjust the token privilege and the securityIdentifier of its process to have “full control” file system rights to avoid error or access denied while wiping the normal or system files it found in the compromised host. Below is the code, how it adjusts the privilege, and how it sets the access control for files with full control and allow control type.

Then It will open the target file using NtOpenFile() native API to zero or wipe it using a native API NtFsControlFile() that sends an IOCTL control code FSCTL_SET_ZERO_DATA directly to a specified file system. The wiper can wipe system files that make the compromised host unbootable after the restart. Below is the code screenshot of how this API was used in this wiper to do its destructive function.

Below is an example of the event that happened to the compromised test lab while it wipes the file. We can see how the “MimeWriter.py” file was wiped with zero bytes after calling the IOCTL code FSCTL_SET_ZERO_DATA.

We also identified another wiping function. This additional function works by writing a zeroed buffer to the target file using filestream.write .net function. Below is the screenshot of its code after removing some of its junk code. 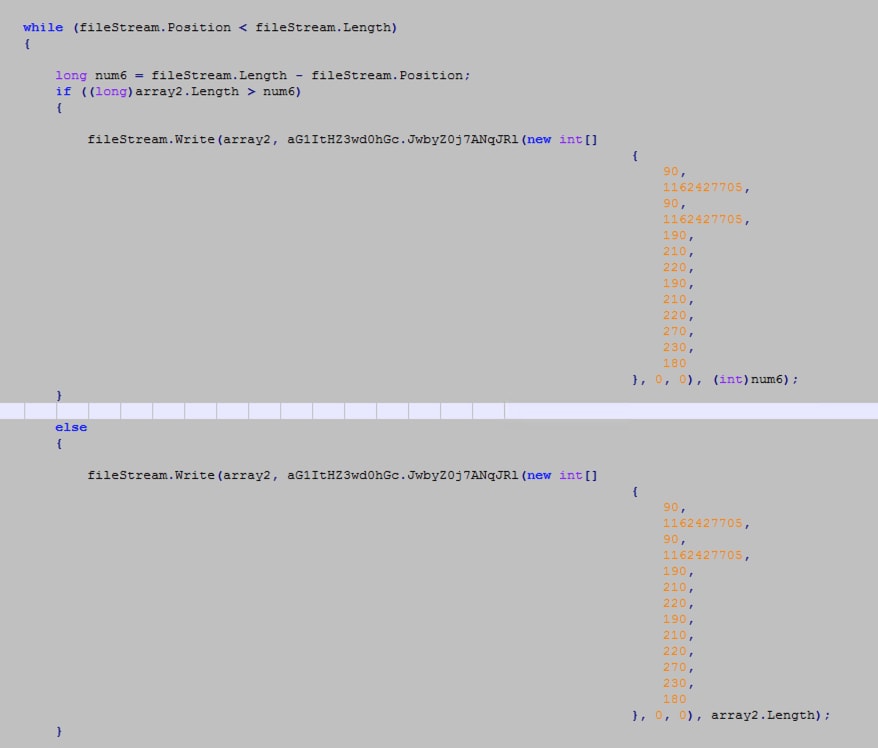 This wiper will also wipe known registry hives as part of its destructive payload. First, it will kill the enumerated process to look for a process with the name “lsass” and kill it. Below is the code screenshot of how it enumerates all processes and executes process.Kill() function if the “lsass” process was found. 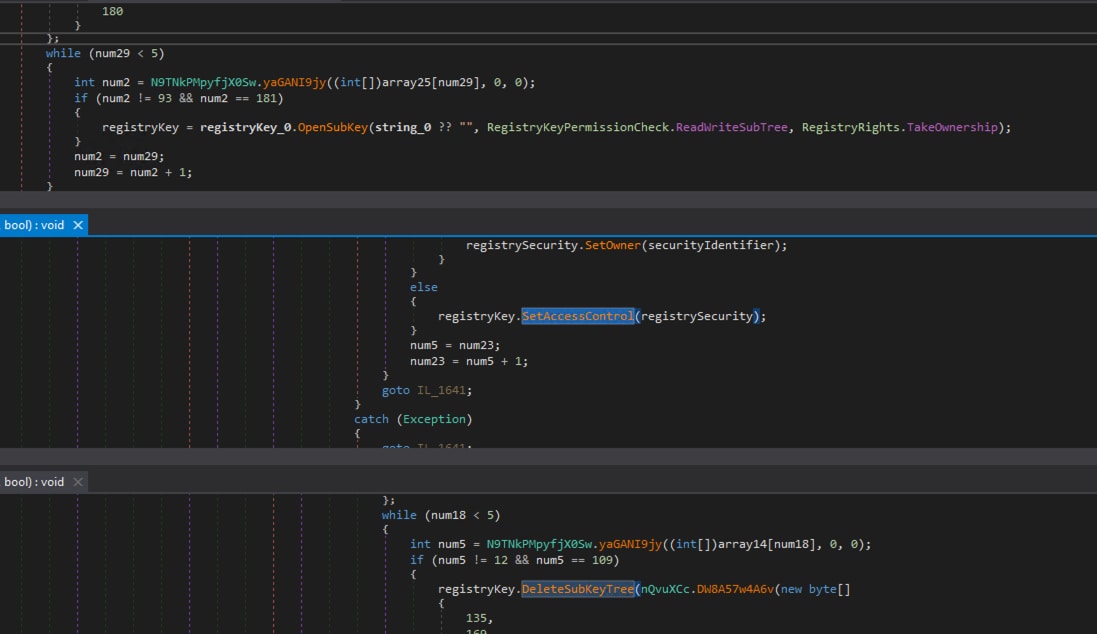 This analytic is to detect a suspicious process terminating Lsass process. Lsass process is known to be a critical process that is responsible for enforcing security policy. This technique was seen in double zero malware that tries to wipe files and registry in compromised hosts. 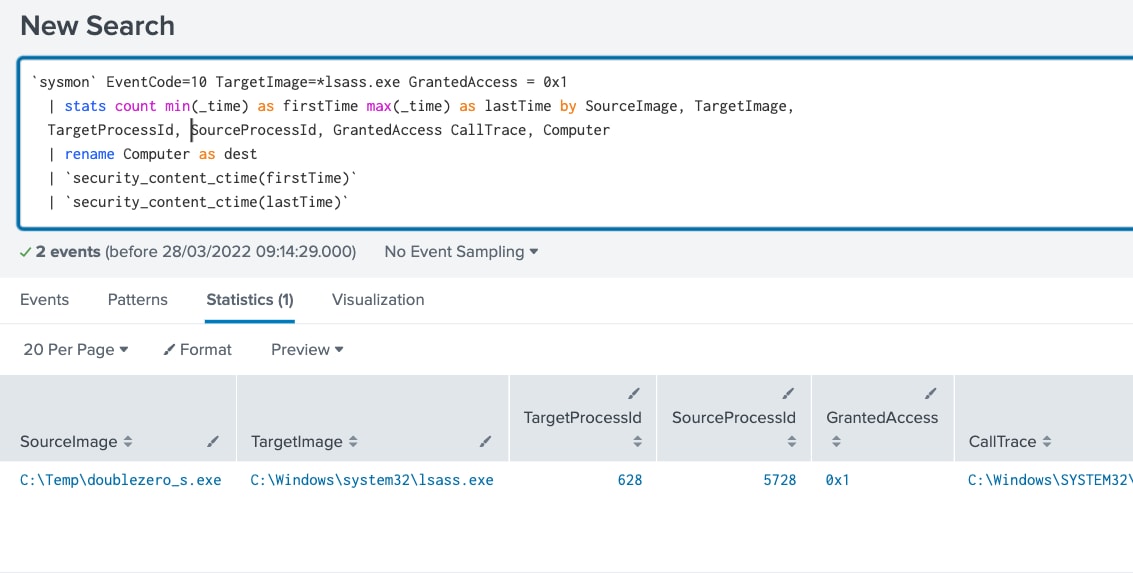 This analytic is to detect the deletion of a registry with a suspicious process file path. This technique was seen in Double Zero wiper malware where it will delete all the subkeys in the HKLM, HKCU, and HKU registry hive as part of its destructive payload to the targeted hosts. 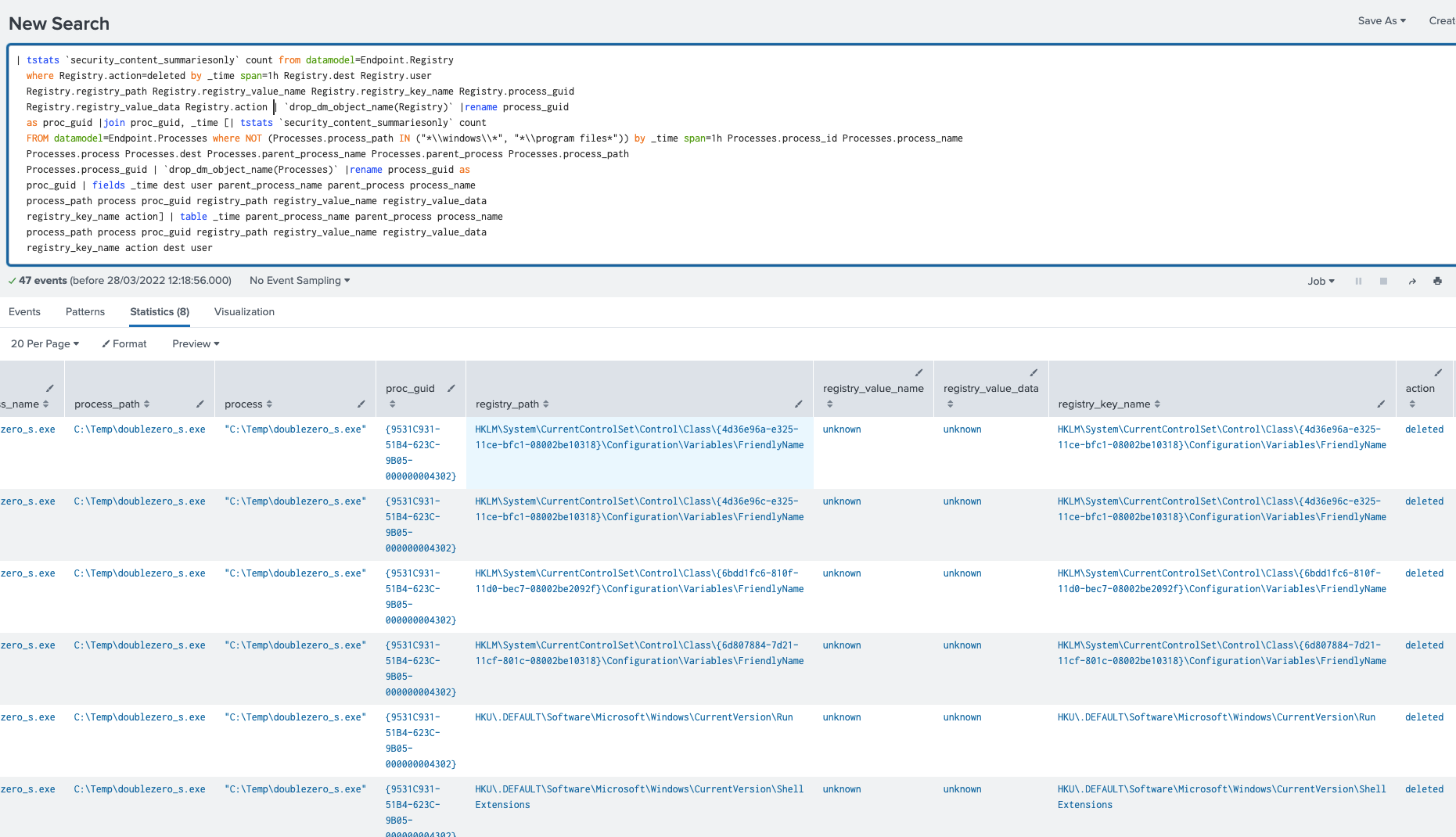