We Proudly Announce the SplunkTrust 2021 Members 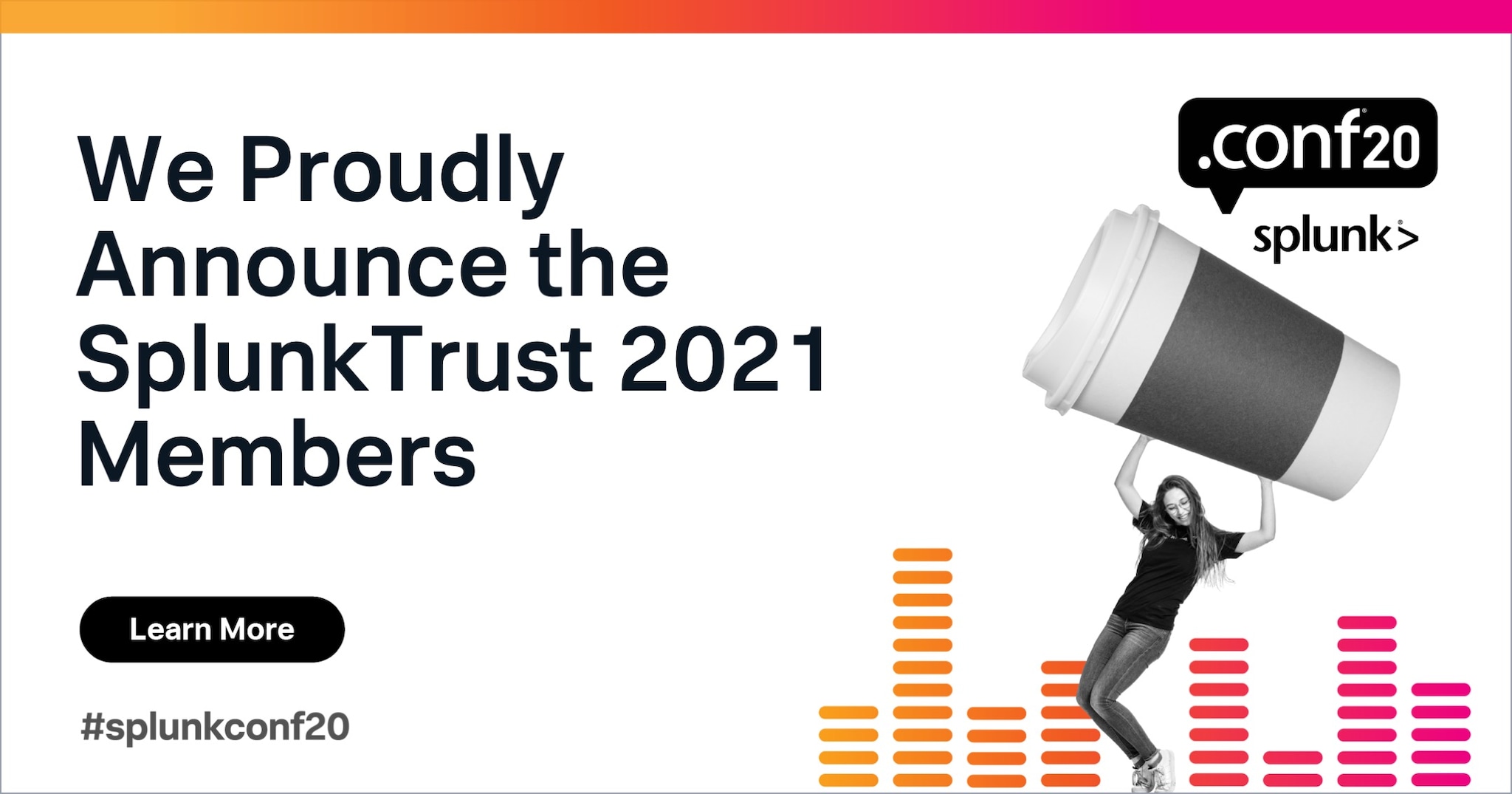 Each year at our .conf event, we induct a new cohort of SplunkTrust members. Many re-apply to be selected from the previous year, and we always have new members that have made significant contributions to the Splunk community. Members of the SplunkTrust receive the coveted fez, a free pass to the following year’s .conf event, Splunk EDU credits, and an invitation to the SplunkTrust Summit conference.

This is the sixth year of the SplunkTrust program, and we have grown our membership with the induction of 74 people at .conf20, an increase from 66 inducted at .conf19. We are excited to announce the following 15 new members to the SplunkTrust*:

* Some members asked to not be listed publicly.