We recently hosted a Splunk at Nordstrom webinar and Keith Kent, Senior Monitoring Engineer at Nordstrom, did a fantastic job outlining how Splunk was used across the Nordstrom enterprise. One area that generated particular interest during the presentation was how Splunk technology was deployed at Nordstrom and how that has enabled better application delivery across the enterprise.

Similar to other large enterprises, Nordstrom has a pretty extensive IT infrastructure supporting their operations and keeping track of all the changes can be tedious. So with Splunk’s deployment, Nordstrom took a different tack: why not apply DevOps principles?

Splunk as Source Code
Splunk is used as a shared service at Nordstrom, and the entire Splunk deployment is managed as source code – all the apps, dashboards, saved searches and reports. Nordstrom uses Chef to deploy, manage and configure Splunk environments, from automated builds to upgrades. They have three environments (Prod, NonProd and Security) which work off the same base cookbook. They simply push updates to Chef, and the environments are automatically configured correctly. Nordstrom invested a lot of upfront work to get the Chef cookbooks right, but once it was done, it made it a lot easier to manage the environments. 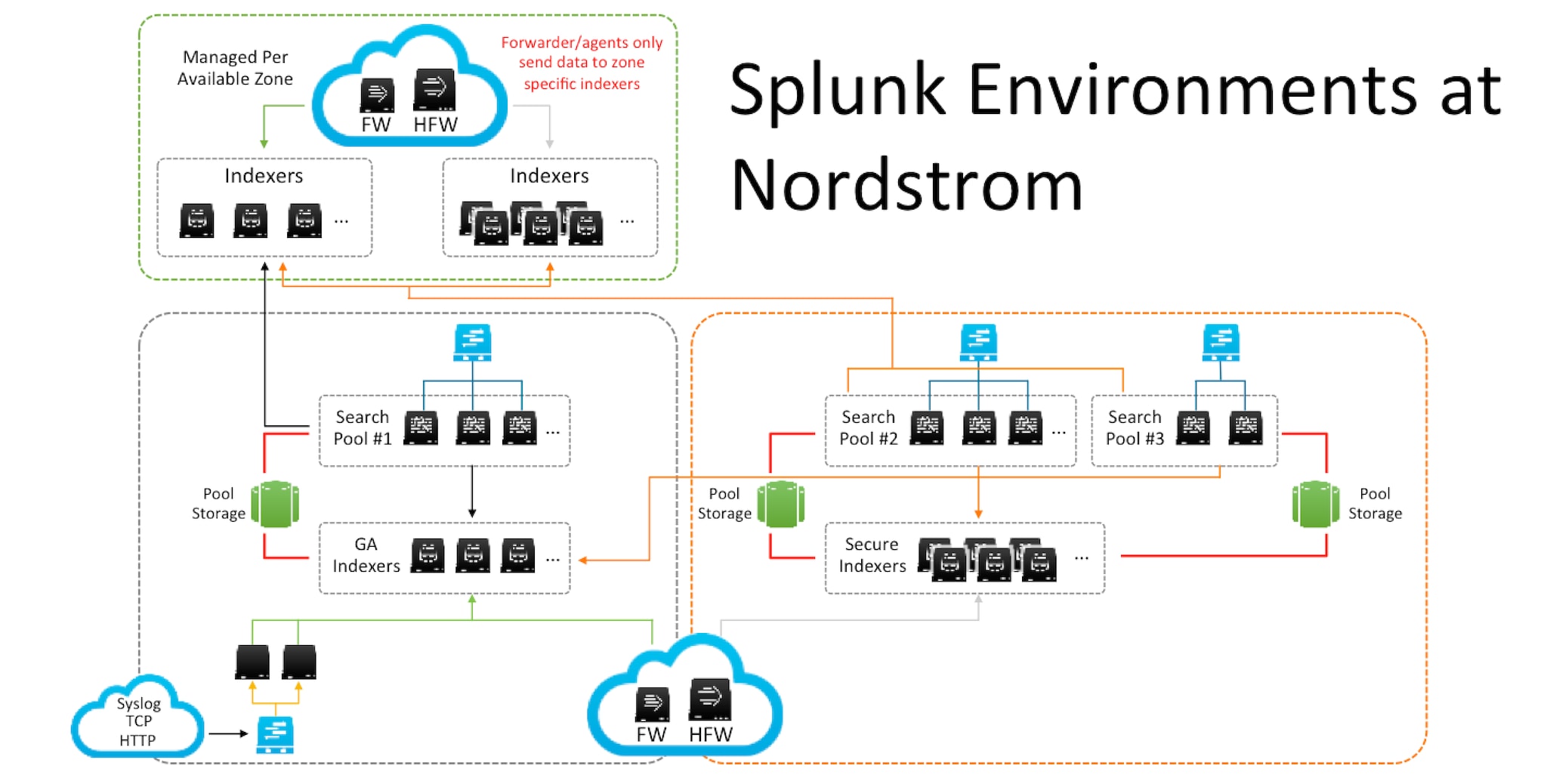 Nordstrom development teams have created many of their own Splunk UI apps, with their own dashboards and reporting on their team-built apps. These teams can create private objects and share or make pulls to public objects using Git, which enables other teams within Nordstrom to leverage code that has been vetted and proven for their own apps, thereby making application delivery faster and with fewer bugs. 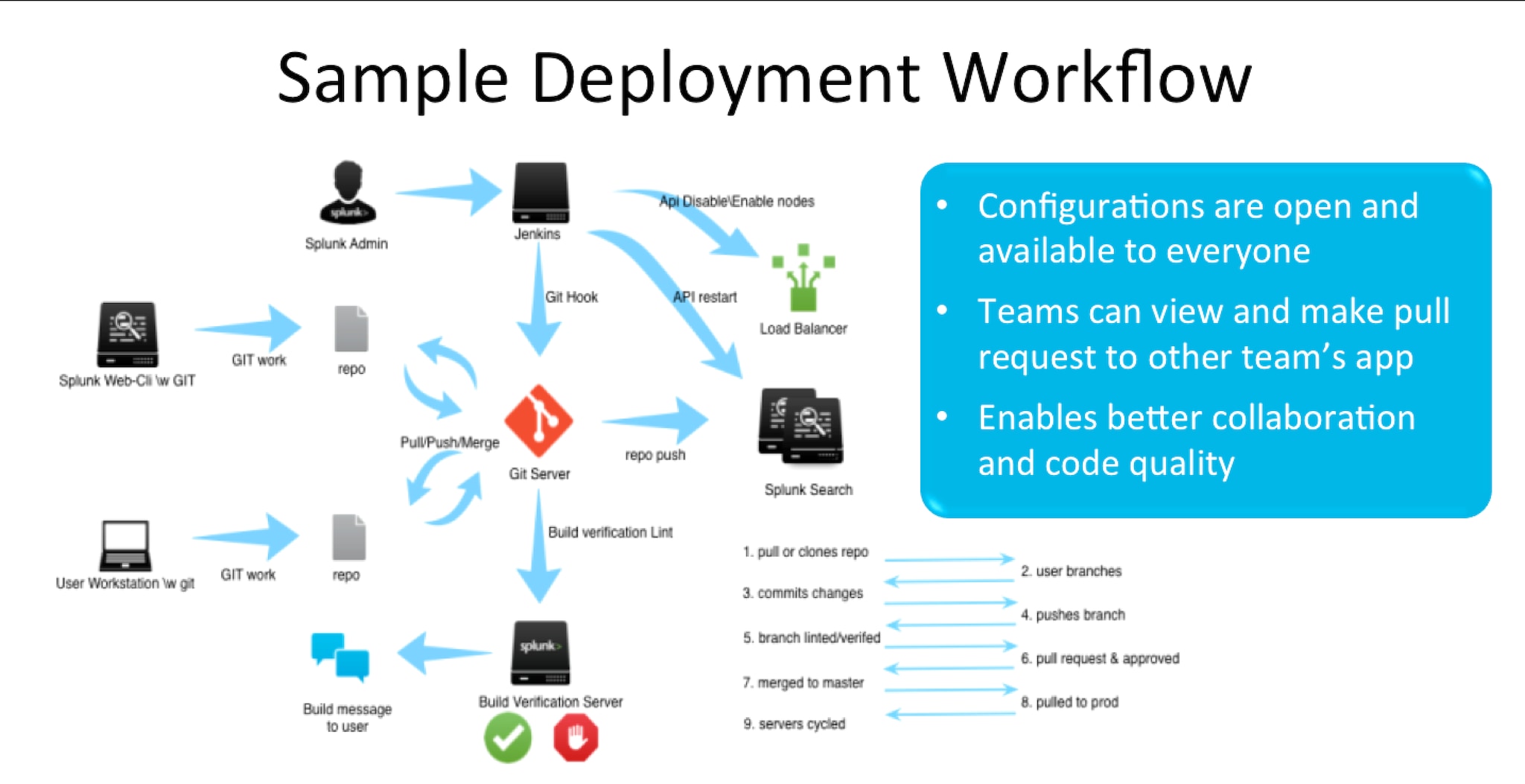 Keith went into a lot of detail in terms of how the whole process works at Nordstrom during the webinar, and also described other ways that Splunk is being used at Nordstrom, including Enterprise Security, which I’ll delve into in our fourth and final part of the Splunk at Nordstrom blog series.