Cryptofinance Takes Off for Inca Digital Securities With Splunk

At Splunk, we’re always looking for partners that are building awesome businesses on top of Splunk Enterprise.

In this blog post, we introduce Inca Digital Securities, one of our Technology Partners who specializes in bringing cryptofinance analytics to financial firms and regulators using Splunk. The following is a guest post from Evgeny Dmitriev, the CTO of Inca and a co-founder of BlockShop DC.

Innovation is at the core of our business and the main goal of Inca Digital. We do not work on technologies that already exist; we develop technologies we believe are needed and that others can benefit from. While our general business approach is to outsource as much as we can, we often come across situations where no existing solution will do. 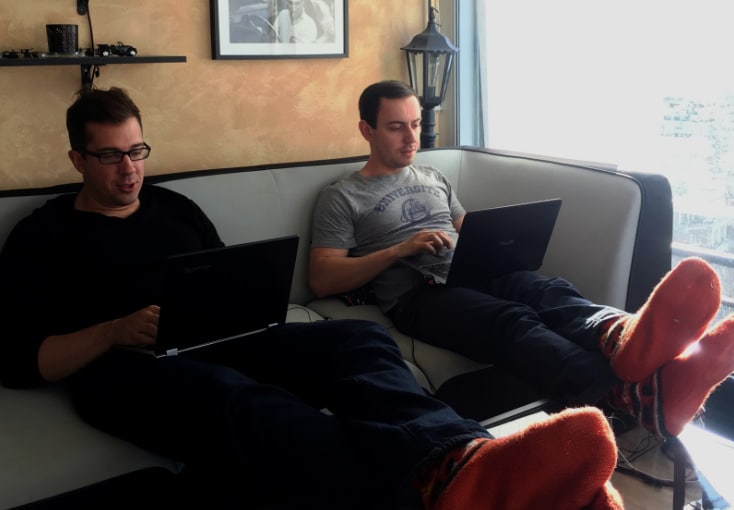 This was certainly the case when, at the end of 2015, Adam and I were performing back-of-the-envelope calculations comparing the cost of acquiring coins by mining them versus the price of purchasing previously mined coins on an exchange. Our initial calculations, followed by a few test runs, clearly confirmed that it was often 20% cheaper to mine them. Before going all in and making a bet on an automated system that would seek to capitalize on this apparently overlooked arbitrage opportunity, it was obvious that a tremendous amount of historical, technical, and real-time data needed to be collected to properly backtest this strategy to confirm our initial results. All of the data was readily available online, hiding in plain sight, but it needed to be cleaned, normalized, mixed and visualized. Data such as exchange prices, hash rate information from blockchains, mining pool performance figures and various fee structures to name but a few.

This coincided with another project I had been working on at the time—installing Splunk at the Central Bank of France. The tasks were similar. Each required consolidating vast quantities of poorly structured data streams dispersed across their relevant infrastructures and providing means to shape it, clean it and eventually analyze it. The tools were available and the challenges were similar, they simply had not been applied to cryptofinance.

After spinning up a demo version of Splunk on a laptop and leveraging it to ingest a large amount of financial, technical and natural language crypto-related data for a week, we confirmed that our calculations and tests were in fact correct. Depending on the fees paid at different venues and the time of the day, we discovered they could make up to 15% profit by buying mining contracts and immediately selling the mined coins on the exchange that offered the best price.

After taking advantage of this arbitrage opportunity for awhile and eventually testing the limits of the strategy by trying to rent too much hashing power, we came to realize a bigger opportunity—the analytical technology we had developed could be used for arbitrage, market research, surveillance and building smart routers.

At the end of the day, we are not traders. We instead focus on our core competency: providing data aggregation, analytics and intelligence to others so that they can make informed decisions. And this was how the Nakamoto Terminal project was born. Initially developed as an internal tool, it has grown into a much larger independent project driving our company.

Evgeny Dmitriev is the CTO of Inca and a co-founder of BlockShop DC. He built IT security systems for the Central Bank of France, designed database access solutions for INTERPOL, and helped Diebold secure electronic voting systems during U.S. presidential elections. No elections were hacked on his watch!