I keep having to re-tell this story, and everyone wants to see it, so it’s time for another offtopic post…

A while back, we decided to put together a build cluster, as compiling Splunk on a small workstation can take up the better part of your life – and let’s face it, the bar is only open so long.

But what the hell do we call these things?  Hostnames are important here – we’re NOT going to just call them Build[1-7]…

Lots of ideas were thrown around (really, this took some time), but eventually we knew we had it – our cluster would be called Mr. T & The Fools!  Because, like, Mr. T is bigger than everyone else, and he can order the Fools around and tell them what to do, right?  Get it??

And then we painted it. 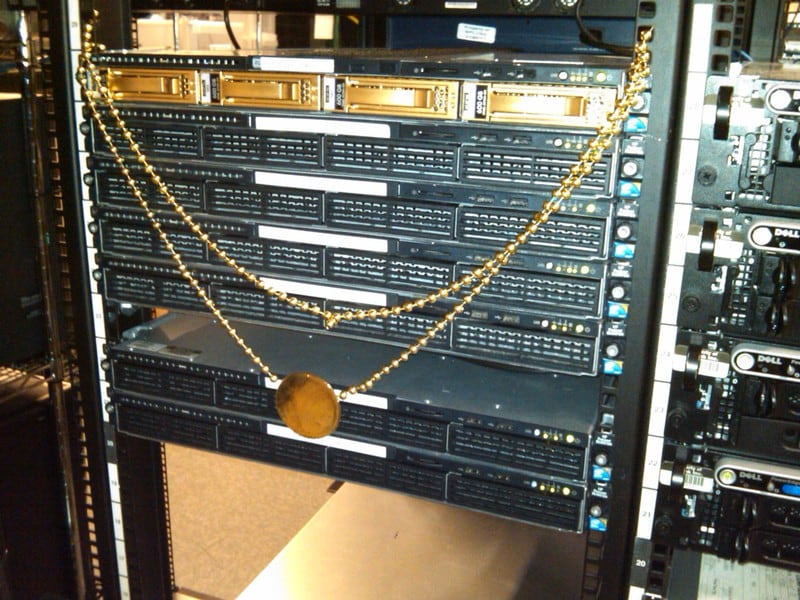 That’s Mr. T up top, as you can tell from His gold chains.  Below him, in order of appearance, are Fool01, Fool02, Fool03, Fool04, Fool05, and last but not least, Fool06.  And yes, we took care to remove the 600GB 15K SAS drives when painting the sleds – as someone pointed out that day, those may have been the most expensive drives in the company at the time. 😉

The final piece was to setup a system-wide bash alias, of course:

Mr. T can be seen in the Splunk server room, pitying the fools routinely.