Painting a Picture with Splunk

This is a guest blog from Mark Sivill at Splunk.

This post is going to cover how you can paint any picture within a Splunk dashboard. If you want to create a picture of a turtle, Queen Elizabeth II, Darth Vader or something else we’ve got you covered!

Splunk provides a number of different ways to build visualizations already, such as the standard dashboards, simple XML, glass tables and custom visualizations. If you can’t quite create the picture you want from those options, then consider the Scalable Vector Graphics - Custom Visualization application (SVG app) available on Splunkbase. The SVG app painted the above static pictures of a turtle, Queen Elizabeth II and Darth Vader. Here’s how:

Scalable Vector Graphics (SVG) is itself an image format than can be displayed in a web browser. Not only does it scale, but is an open format that can be defined with text using XML. There are many examples of SVG images on the web, such the ones on Openclipart which includes turtles and Queen Elizabeth II. SVG can also be created from scratch directly within an text editor or for more complex SVG, tools such as Inkscape and OmniGraffle.

Copying the following SVG into a text file:

and opening the file in a web browser will display a red circle:

Fields from other parts of the Splunk query can also change how the picture looks, the following example creates a European speed limit sign in SVG using a Splunk query. 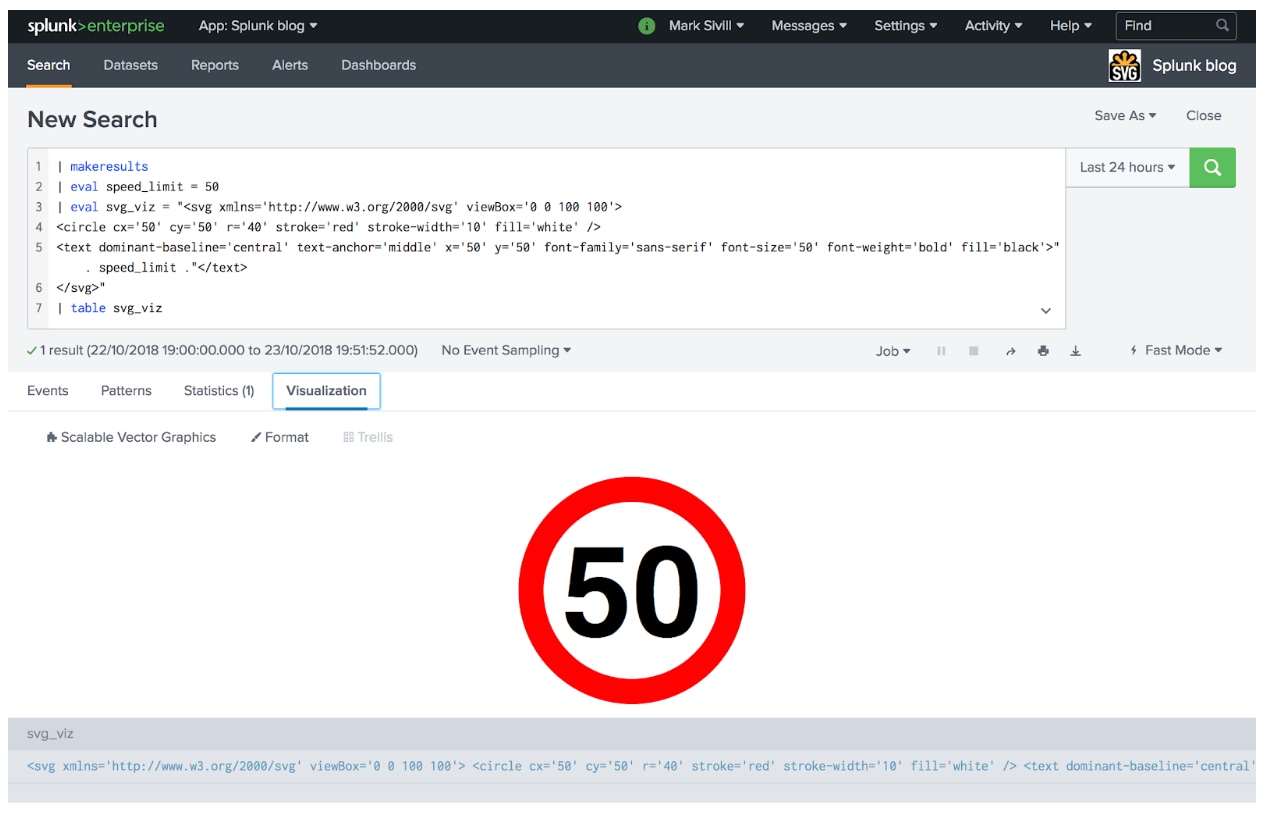 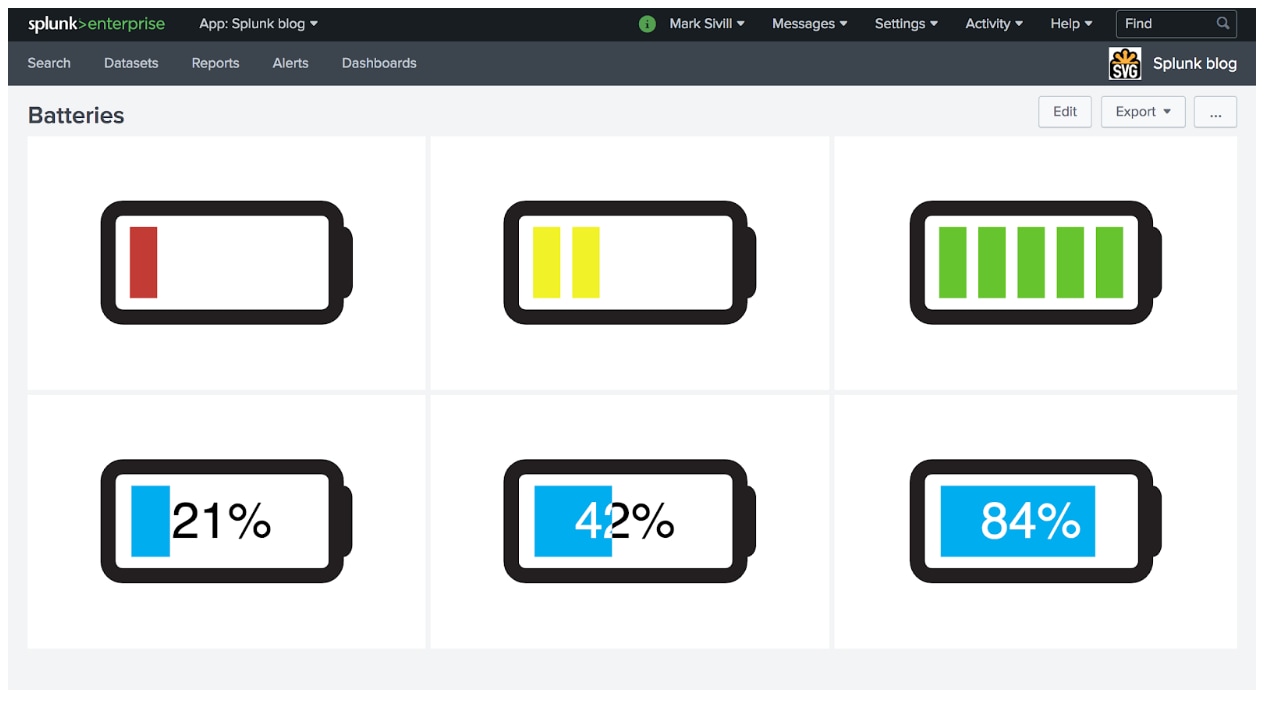 Here the batteries have had parts of their picture changed based on the fields in the Splunk query that was used to paint the SVG picture. Building on these concepts more complex pictures can be built with the SVG app. 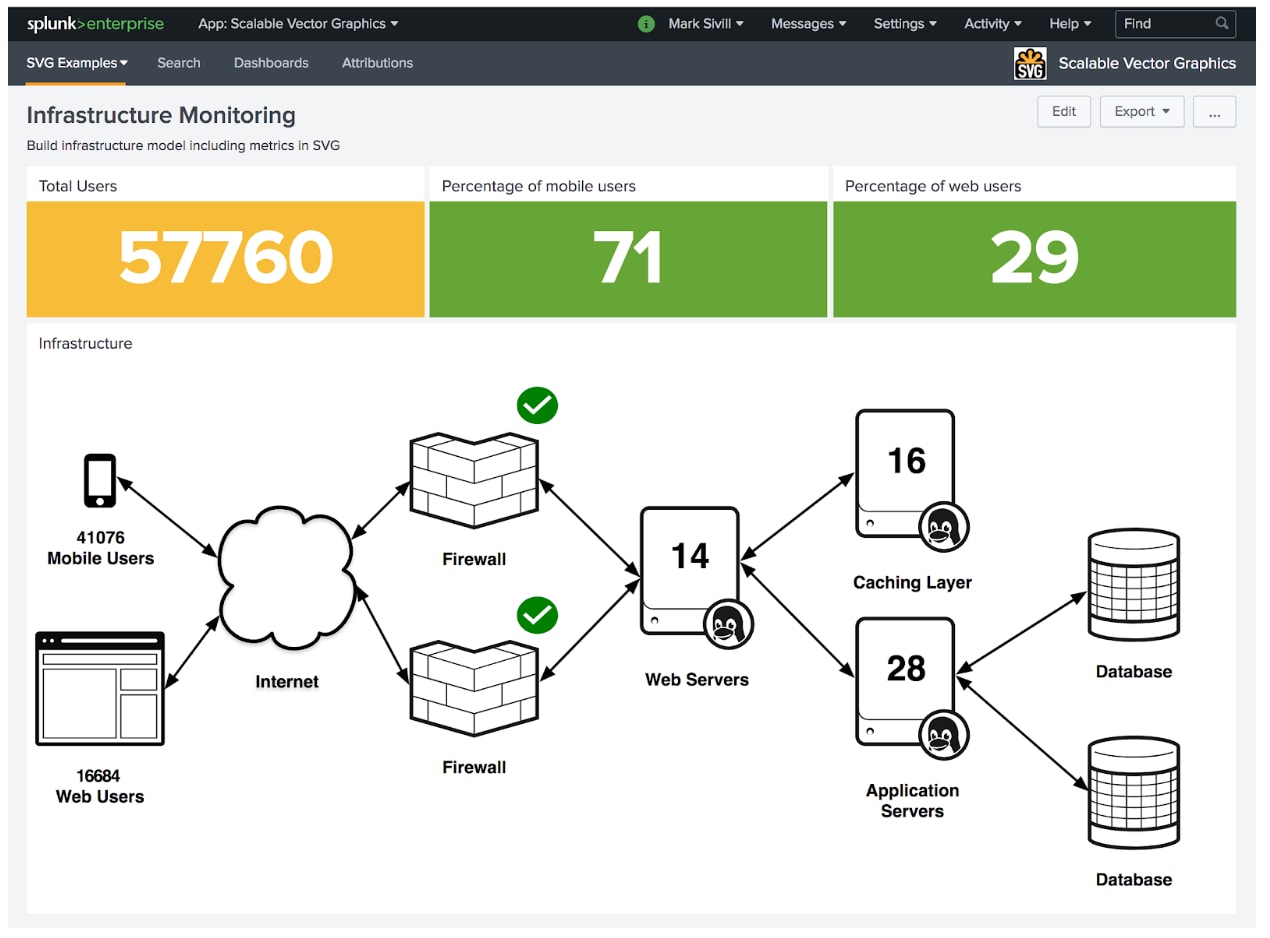 Here, the infrastructure diagram at the bottom of the dashboard has been built using the SVG app where the numbers and icons change dynamically.

Hopefully the above has given you a taster of what can be done with the SVG app. The app itself contains a number of example dashboards showing what can be built. Detailed information about the app can be found in the .conf 2018 session FN1209 - Visualize This, Mother Trucker (Slides | Recording).

Please share your creations to inspire others by posting your Splunk SVG queries on the Splunk Answers for SVG app web page.