As stated in our previous threat advisory STRT-TA02 in regards to destructive software, past historical data suggests that for malicious actors to succeed in long-standing campaigns they must improve and add new ways of making their payloads stealthier, resistant, and damaging. HermeticWiper introduces some unique features, applying destructive actions on compromised hosts. In addition to other commonly known wiper destructive features, HermeticWiper also presents the following unique behaviors:

This payload is another destructive tool in the ongoing campaign which has included DDoS attacks, web defacements, MDM attacks, Microsoft SQL attacks and now two known as of yet destructive payloads.

STRT has also released a new analytic story covering HermeticWiper itself. We have collected information about the observed vectors in relation to HermeticWiper according to several security vendors including Symantec, ESET, Sentinel One. The following diagram shows a visual flow of the observed attack vectors per tactic.

As seen above malicious actors are gaining initial access by either compromising publicly exposed services or via spear phishing, following the establishment of persistence and privilege escalation via web shells or the use of schtasks, PowerShell payloads, and finally deploying additional payloads via certutil.exe or Powershell which include genuine wiper payloads and ransomware decoy binaries seeking to distract and delay defense and containment from defenders.  Here is a brief breakdown of HermeticWiper features and detections. 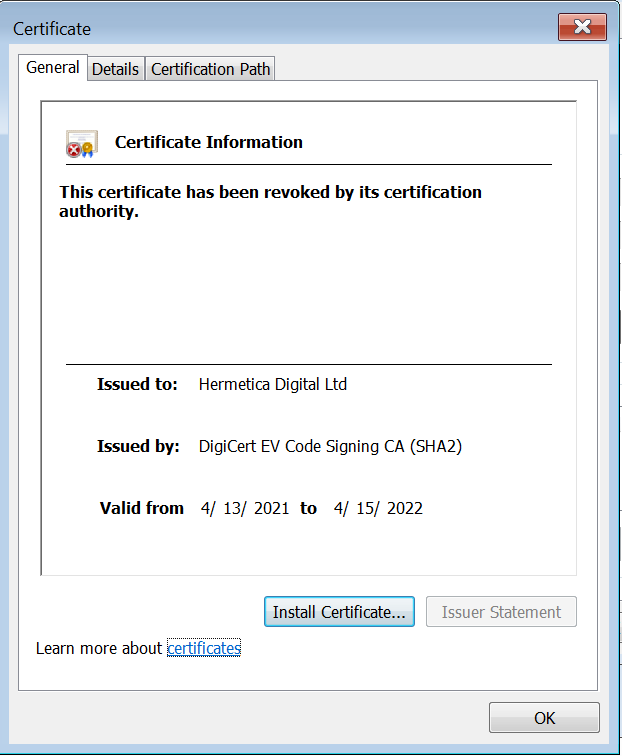 Dropping Driver Component Base on Windows Version (XP or above)

This wiper will first adjust its token privileges with “SeShutdownPrivilege” and “SeBackupPrivilege” for later purposes like initiating shutdown or accessing files with high-security descriptor context.

It contains 4 compressed drivers in its RSRCsection. It will drop one of those drivers depending on the Windows version or OS architecture of the compromised host by using VerifyVersionW API. Below is the summary table of the RSRC TYPE ID and the name of its rsrc entry for each driver.

Then it will generate random characters based on the current process ID of its running process. Once the wiper parses the needed rsrc entry, and has a filename, It will locate the C:\windows\system32\Drivers folder to drop its driver component.

The driver extracted from the rsrc section of this wiper is in LZW compressed (SZDD file format). The screenshot below shows how it uses LZ API to decompress that to retrieve the actual driver binary file.

It also has some features where it disables the generation of crash dumps of the compromised host that serve as anti-forensic techniques. This is done by modifying a registry as shown in the screenshot below:

The way it loads its driver component is by creating a service entry for that file. First It will adjust its token privilege with “SeLoadDriverPrivilege”. If the service related to its driver does not exist it will just create and start a new service for it using CreateServiceW() and StartServiceW() API. If it already exists but is not active, it will modify the service config of that kernel driver to DEMAND_START to start the service. Below is the code, how it uses ChangeServiceConfigW() API to change the status of its driver if it is not active. This driver is a legitimate component of the EaseUS Partition Master application. This file was leveraged by this wiper to interact and retrieve storage device information for its destructive purposes. 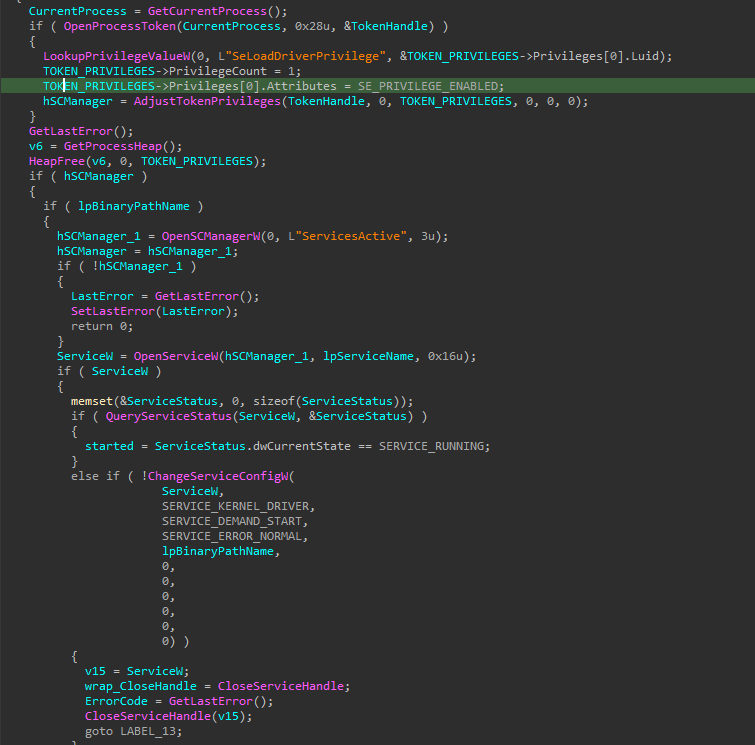 The wiper starts to enumerate all possible physical devices connected to the compromised host (range 0-100 device). Below is the code how it enumerates all the devices and retrieves partition information of each device using DeviceIoControl() API. The function named “mw_GetDeviceNumberAndGeometry” is the function it uses to check if the physical device is “FILE_DEVICE_DISK” type or not. 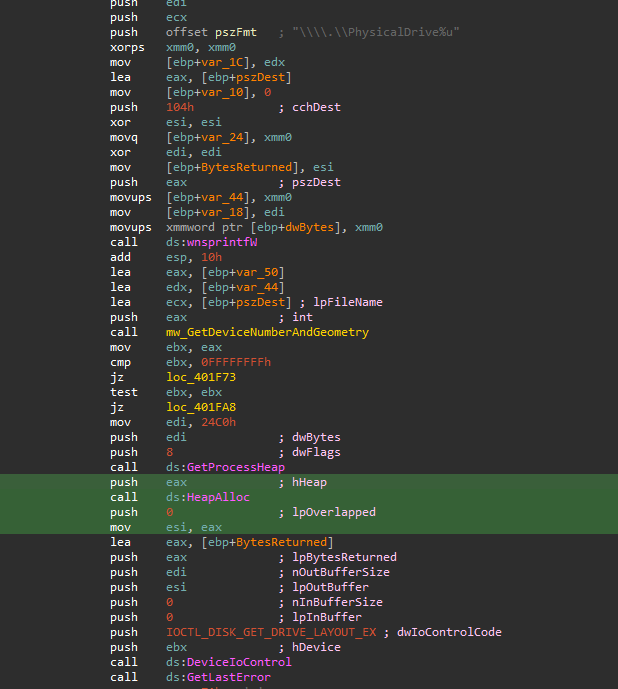 It also checks what File System type is present at Device, if it is either “NTFS” OR “FAT”. This checking will help the wiper to enumerate all of its partitions to corrupt all possible boot records on it.  It also looks for known NTFS files like $Bitmap, $LogFile, $DATA, and many more to be overwritten as part of its file destruction payload. 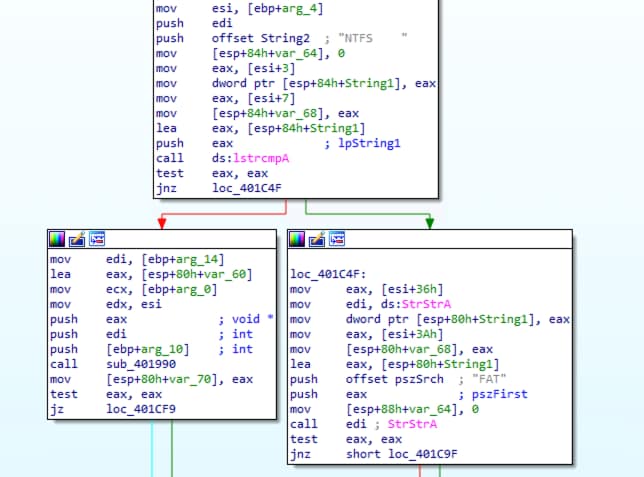 Below is the code of the Volume Boot Record partition before and after the infection of Hermetic wiper to the compromised host. 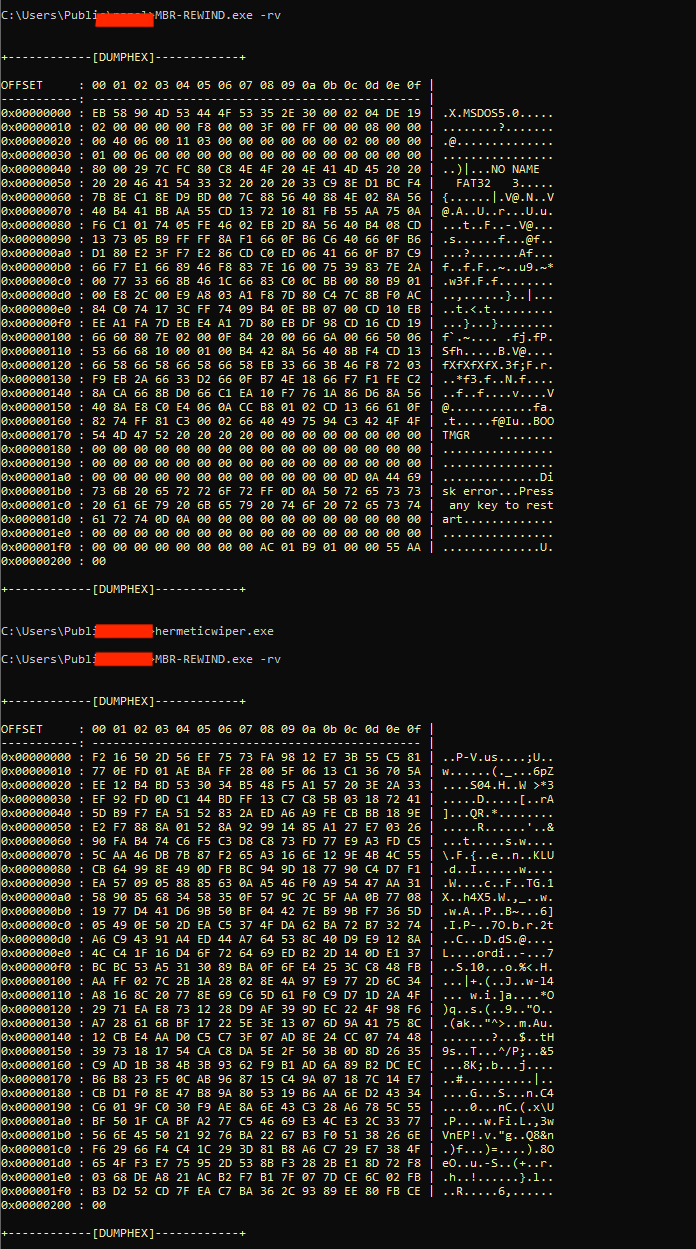 It also has a thread that will modify certain GlobalFolderOptions registry related to showing compressed files and information tips.

Another thread of this malware is responsible for shutting down the compromised host to make the corruption of boot sectors take effect.

It also has a function that can dismount or lock a disk volume. 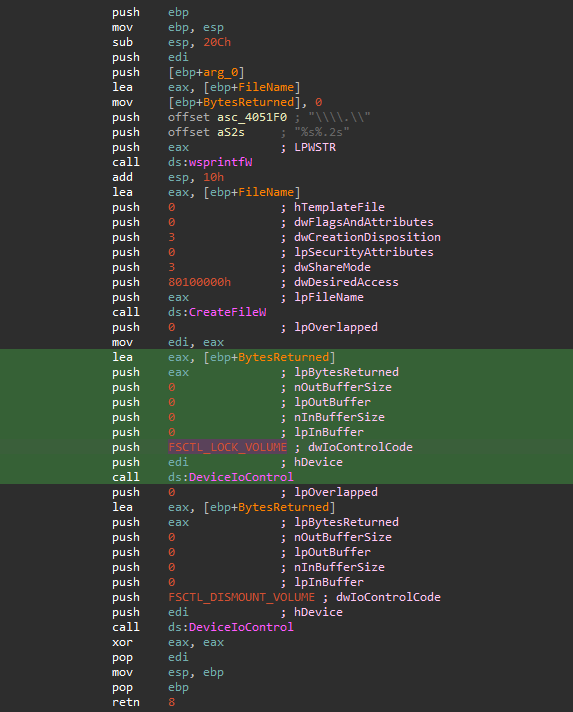 During eset analysis in this incident, they found another binary where they named it as “Hermetic Ransom”. This is a Golang compiled ransomware binary where it tries to encrypt files in the compromised host. Below is the screenshot of its code snippet where it renames the encrypted files with “.encryptedJB” file extension. 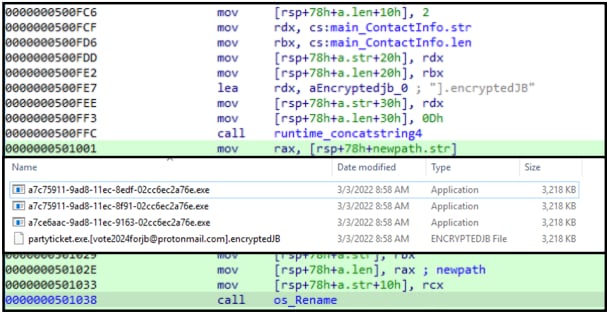 It will also drop a ransomware note in the desktop named as “read_me.html” to inform the user that their machine is compromised and encrypted. 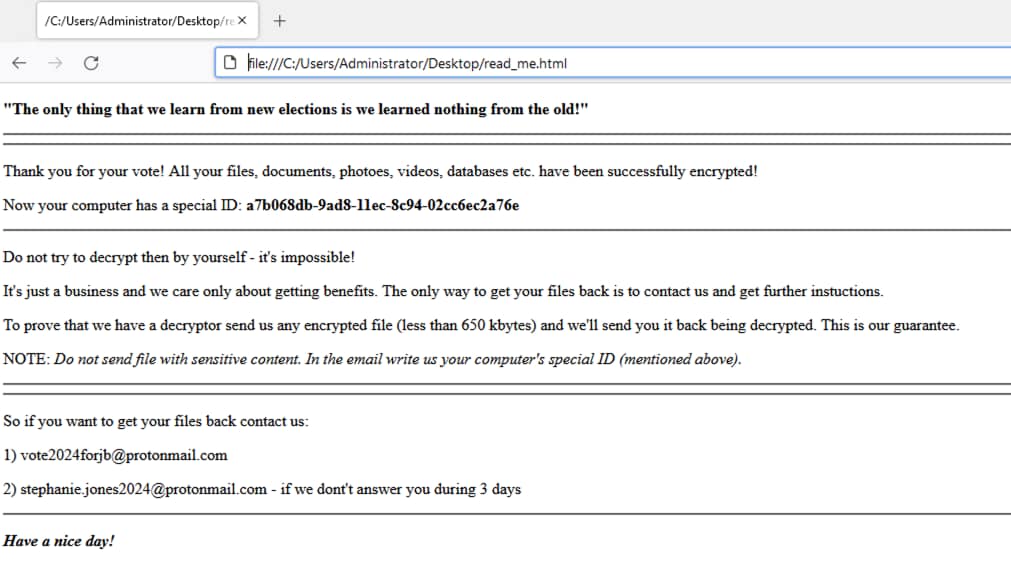 Aside from its encryption features, this binary uses strings to its code function name that reference US President Biden.

The following detections are focused specifically on HermeticWiper, Splunk STRT has a significant number of analytic stories that cover Ransomware which should also be considered when detecting and hunting for these types of threats.

This analytic is to look for suspicious file creation in the critical folder like "System32\Drivers" folder without file extension.

This analytic is to look for suspicious raw access read to the device where the master boot record is placed.

The following analytic identifies a process that is attempting to disable the ability on Windows to generate a memory crash dump.

This analytic is to look for suspicious registry modification related to file compression color and information tips.

Many of these exploits can be prevented by following CISA guides for preparation and hardening of systems, applications, and networks, including MDM attacks as well. There is also a free HermeticRansom/PartyTicket decryptor by AVAST and CrowdStrike. The following table shows Splunk coverage of the aforementioned attack vectors in this ongoing campaign.

Also available from Splunk SOAR for automated response against these threats: