Five Star Riders to Watch on the Tour de France

The crowning glory of the UCI WorldTour, the Tour de France, begins July 5. Spanning 23 days, the legendary race will see 200 cyclists cover more than 2,000 miles in 21 stages, all to win the famous maillot jaune, the leader’s yellow jersey. 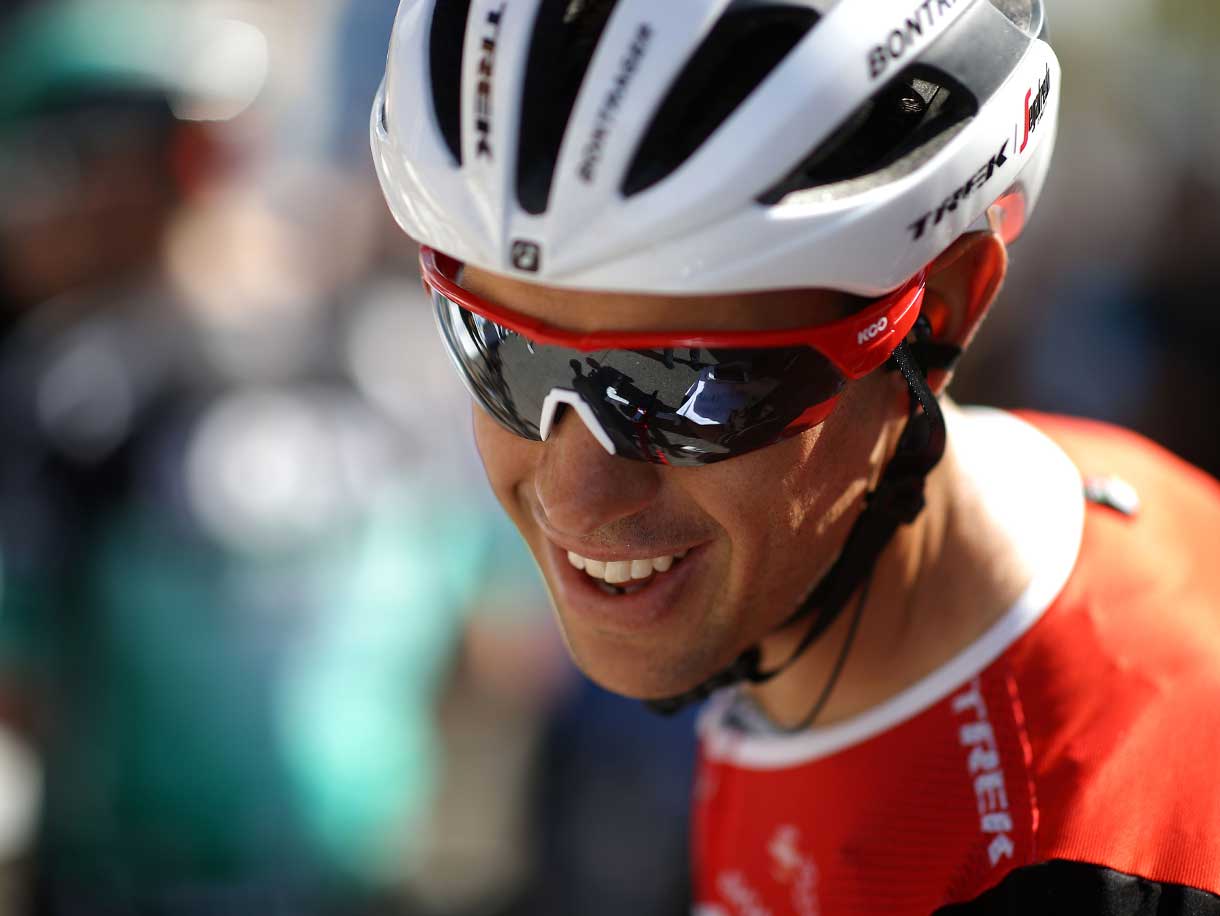 With around 3.5 billion people across 190 countries expected to tune in to watch this best-loved Grand Tour, there’s no doubt that this race is the pinnacle of the professional cycling calendar. The current prize money for winning the final Individual General Classification (GC) is €500,000, the largest on the circuit. In the sport’s true team spirit, traditionally winners share their prize money with the teammates that helped them earn it.
The attention, the history, and the prestige make this race the main goal for most professional riders, and it’s no different for the Trek-Segafredo team. With Richie Porte leading the team, the race directors won’t have an easy job deciding who gets a hot spot on the roster.

Five Stars
Porte, new to Trek-Segafredo this year, will be the team’s main bet on a GC win. While he has yet to achieve a big result in a Grand Tour, the team believes Richie has what it takes to right the wrongs of the past. This year, Richie’s race program has been tailored hugely toward reaching the Tour de France podium, and his teammates plan to do everything they can to get him there.
Toms Skujins is hoping his previous Tour de France performances will earn him a spot on the roster. The race is won and lost in the mountains, and the grueling gradients demonstrate a cyclist’s true grit and uphill skill — and Skujins has demonstrated both. In his first Tour de France in 2018, he held the King of the Mountains polka dot jersey for five days in a row.
Sprinter Jasper Stuyven is also set to be selected for the team. In his first Tour de France in 2016, he held the KOM polka dot jersey for three days. In 2018, he came close to winning Stage 14, before being overtaken by the eventual stage winner on the last climb, with less than 3 kilometers to go.
“Because the Tour is starting in Belgium, my home country, that will add something special to the whole experience,” Stuyven told Splunk. “Obviously, it is the biggest race of the year and gets the most attention, so this is something I’m really looking forward to.” 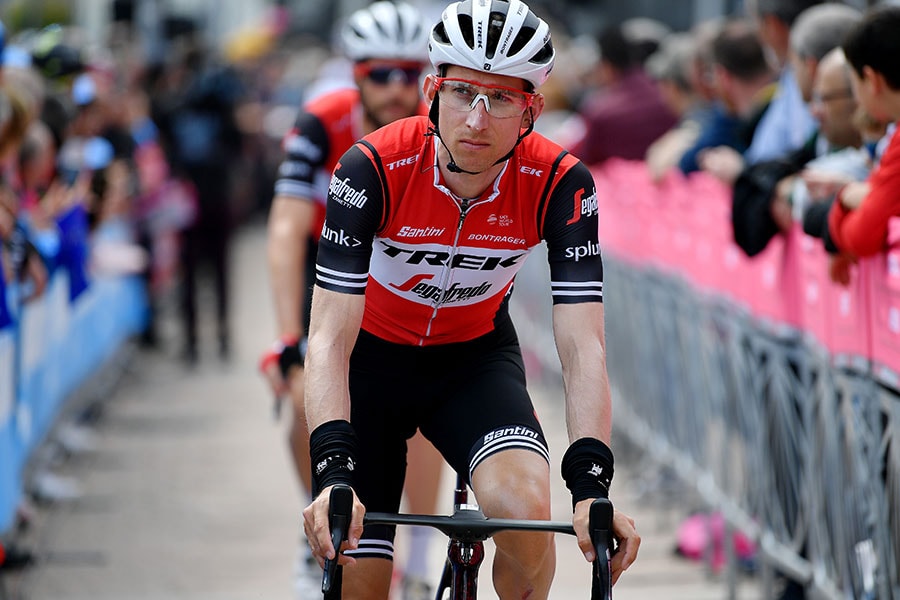 Bauke Mollema is another rider primed for success on the Tour. Following a strong fifth-place finish in the GC of the 2019 Giro d’Italia, Mollema told Splunk, “I’m happy with my level. We had a great atmosphere in the team from day one until the end, and that really helped. I think when the atmosphere is good among the team, everyone is even more motivated to work together, and that leads to great results.”
Finally, Giulio Ciccone is ready to ride. Giulio will be making his Tour de France debut this year, following his powerful performance at the 2019 Giro d’Italia. He impressed team directors by winning the Mountain Classification, as he claimed the blue jersey for every day of the tour except one, making his selection for the Tour de France a no-brainer. 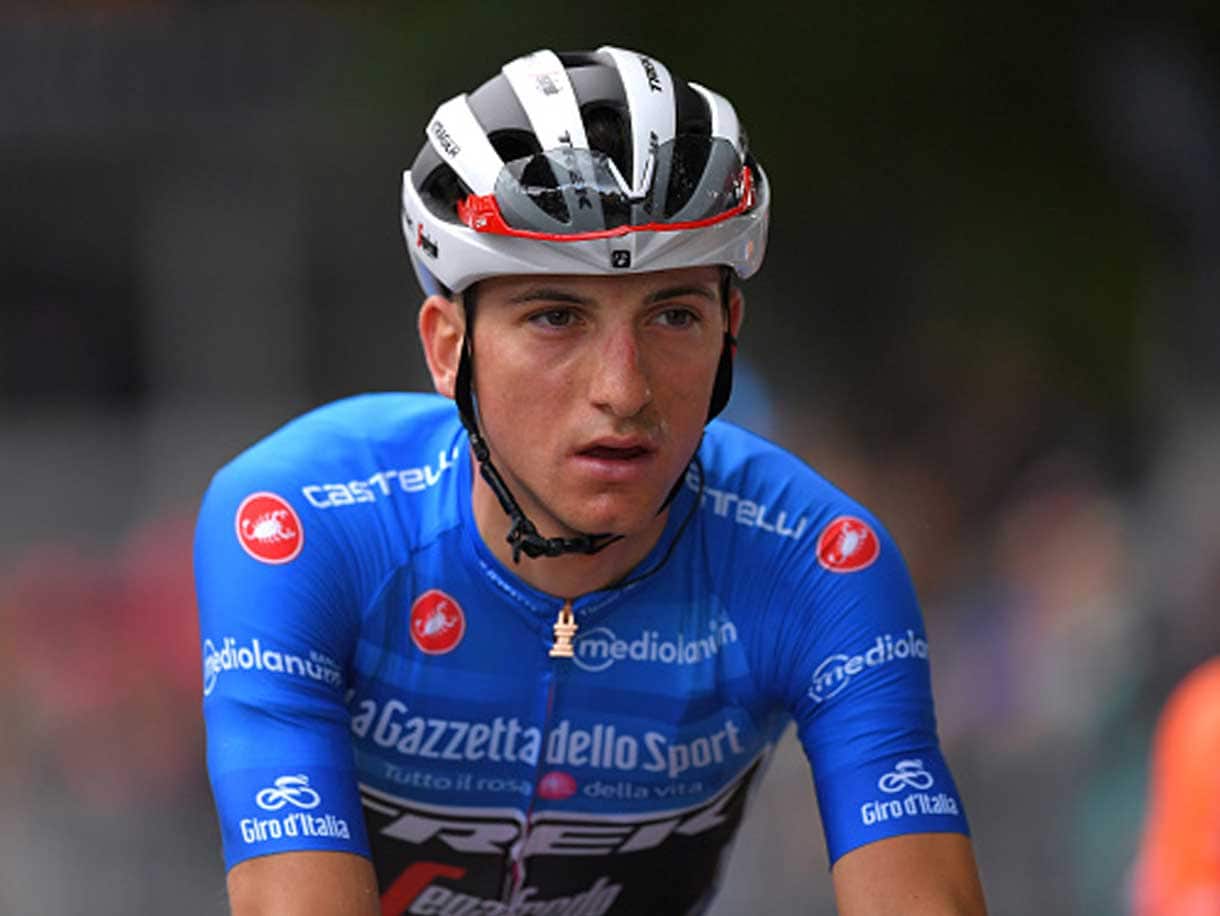 CAPTION
Giullo Ciccione wore the maglia azzurra, the blue jersey, in the 2019 Giro d’Italia, for almost the entire tour, marking him as the lead climber. He went on to win the overall overall Mountain Classification.
Credit: Getty Images

Team Behind the Team
From the riders to the support staff, all of the Trek-Segafredo team are preparing for the big race.
“It’s the hardest race, because the best riders in the world struggle to perform there, making it the most difficult place to get results,” says team soigneur Elvio Barcella. That means the contribution of support staff is all the more vital. “Every small thing you do at the Tour is 10 times more important than if you were doing it at any other race.”
But the team will be ready, he said. “We will do our best to show what we can do, and make everything possible.”
Check out our partnership with Trek-Segafredo cycling »
The Race Behind the Races

Enjoy the Ride
Video: Women Racers On the Rise

Read — and hear in their own words — stories from women cyclists on the steady advances that are changing their sport for the better.