A couple of months ago I wrote about my own unconscious bias when it came to encouraging my son and not my daughter to see if they enjoyed coding. It was an interesting thing to write and something that’s stayed with me. Tracy Edkins, Splunk’s Chief Human Resource Officer, spoke at .conf2017 about how breaking bias is going to need a conscious shift. This is only a small step, but here’s what Anna (my daughter) and I have been doing in the last few weeks.

Every half term, the school sets projects. Usually they are on a particular topic (Anglo Saxons, how the body works etc) but this time they could do whatever they wanted and Anna chose coding. She’s been learning to develop in Scratch and wanted to create a unicorn rainbow jumping game. Who doesn’t want that? Taken straight from her school project is a summarized version of the game – Rainbow Jumping #1... 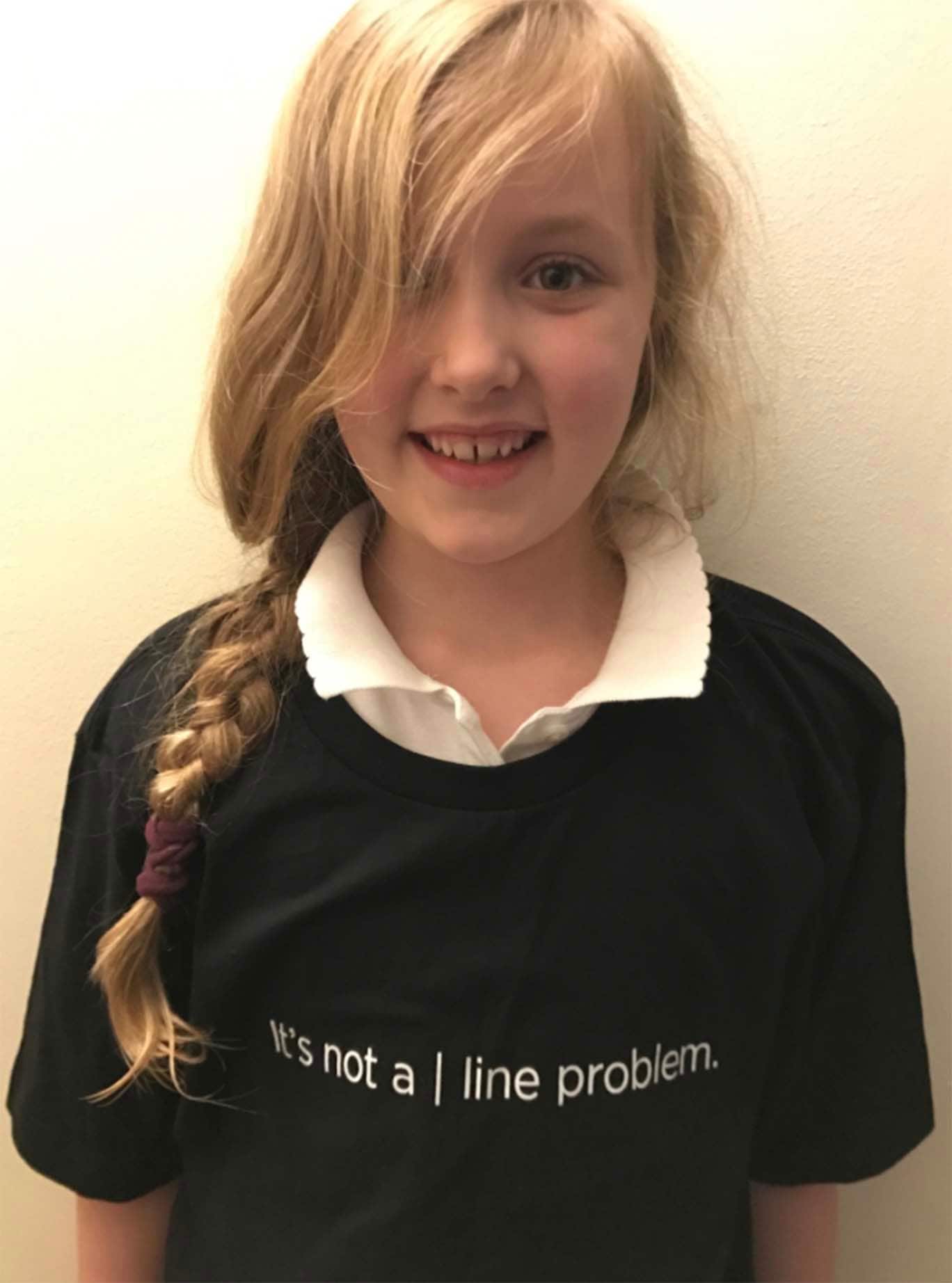 Coding means writing instructions for computers. A finished set of instructions is called a program. For a program to work, it must be written in a way that a computer understands. That means breaking down the instructions into clear simple steps, and putting them into computer language. But even if you forget something tiny the program will not work.

Computer language is just like English or French. It just does not have as many words, but it has symbols e.g. < > {} []

How to write code

To write code firstly you need to design the game with sounds, graphics and stages. Then you need to code the design. In scratch you slot together little blocks of code to program your sprite. A sprite is a little character that you program to do things. In my game the sprite is a Unicorn. Once you have done this, you go through your animations and if you find anything wrong you debug it. Debugging is where if you get something wrong you try different things to fix it. It is like if you have a sick bug and try different medicines to make yourself better. Once you have debugged you can play the game again to check it works. Once it works you can add more advanced code on to it!

How I developed Rainbow Jumping #1

When you design a game you have to choose who you are aiming it at. I chose to create this game in this way because it is aimed at girls aged between 7-11 years old, and most girls I know like unicorns and rainbows! In this game you help the unicorn to reach the pink star by jumping from rainbow ledge to rainbow ledge. I chose a twinkling sound at the end as it will appeal to girls as it sounds like stars (and sounds pretty). I chose to design a jumping game because it includes lots of rainbows and it is fun. 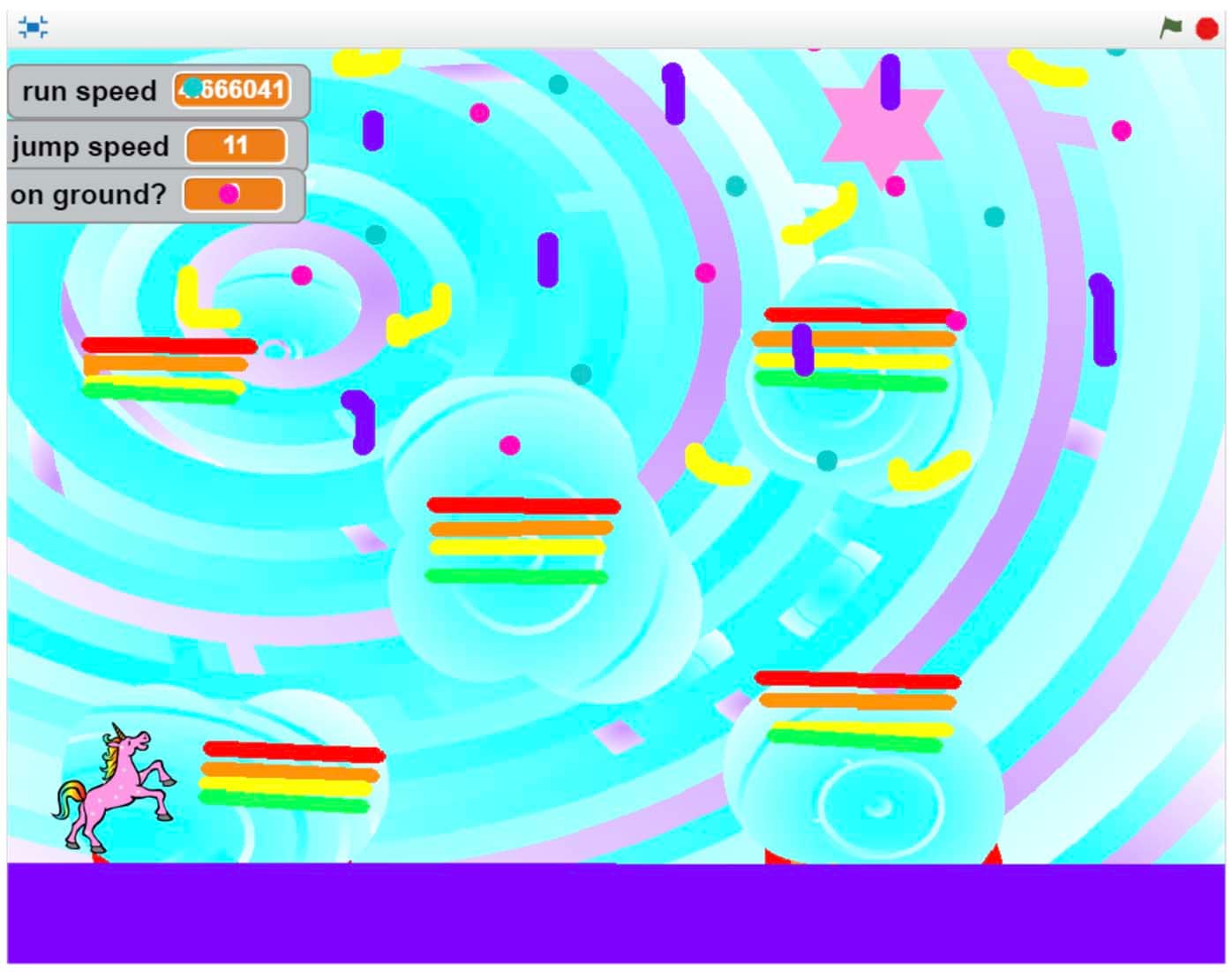 You can play Anna's game here. Just click the green flag and then press space.

It is a small step, and yes the game is unicorns and rainbows, but I think it is all about making coding and technology enjoyable and exciting when you’re seven, eight and nine years old. We’re already talking about learning Python next. I’m not sure I’m ready for my nine year old daughter to be better at coding than I ever was, and to know a language I never learnt.

When asked in class what you want to be when you grow up, Anna replied “a computer scientist” which may have tugged on a few heartstrings. Interestingly her love of coding has actually inspired my son to start developing in a tool called Kodu Labs (just so he can be different).

I’m definitely using this to my advantage. When trying to get them to do their homework this weekend, we had a long chat about how maths is really important for computer science and the really cool jobs like cybersecurity where you can go hunt the bad guys online. Next step data science and a Splunk certification I reckon…

If you’re looking for a way to help your daughter get started with coding, definitely try Scratch – it is free and all you need is a web browser. You can find out more about Splunk and Women In Technology here.

As always, thanks for reading.

Matt is Splunk's VP, AMER and EMEA Marketing (and part time Chief Colouring-In Officer). He's responsible for developing and executing marketing strategy for all of Splunk's core platforms in EMEA, working closely with Splunk customers to help them understand the value that new insights from machine data can deliver to their business. Matt is also one of Splunk's technical evangelists and communicates Splunk's go to market strategy in the region. Previously Matt has worked at Cordys, Oracle/BEA, Elata, Broadquay Consulting, iPlanet/Sun, Netscape and IBM. With nearly 25 years in the software industry, Matt has extensive knowledge of enterprise IT systems.