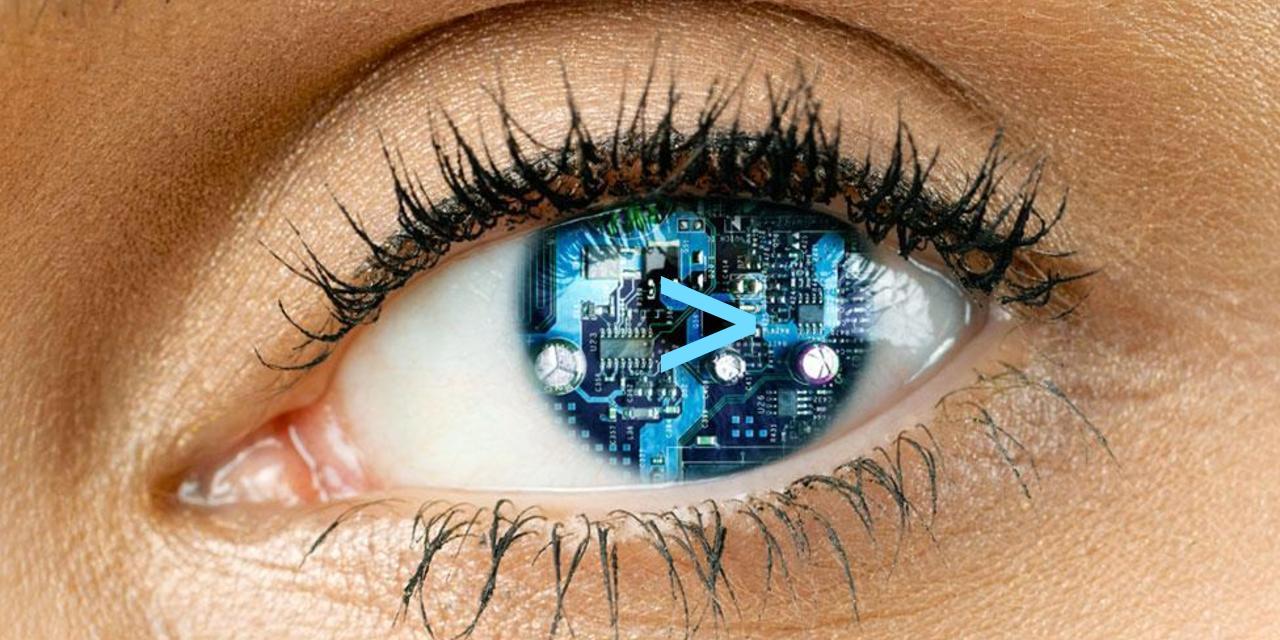 Despite all the advances we've made in evolution, humans are still creatures of survival, wired with attributes to help us survive. Whether it's to hunt for food or avoid danger, our eyes have helped us every step of the way; eyesight drives how we process all kinds of information, every second of every day. This sense is our biggest advocate when conveying information, so when designing content in Splunk, we need to keep our eyes in mind. To do that effectively, we need to look back to our pre-historic ancestors and how they were able to survive.

Didn't think this would be a history lesson, did you?

To allow us to respond most quickly to our surroundings, there is some special wiring between our eyes and brain—essentially a shortcut—that skips over the need to process and think about information. It's this shortcut that allows us to rapidly respond to our surroundings, and ensured our survival in many cases. Despite our evolution, those shortcuts are still there and taking advantage of them is exactly what we need to do when designing visual interfaces.

The bottom line is that thinking takes energy; it can be hard and at a certain point, it isn't worth the effort. Think of the emotional response you've experienced when trying to decipher those visual installation instructions and assemble some furniture or a complex toy. As if the little wrench provided wasn't frustrating enough, trying to figure out the proper message being illustrated can be maddening. If you're like me, you eventually give up and try to assemble it on your own, which usually results in a few mysterious screws and washers left over..... Grrrrrr.

Interpretation of visualizations and dashboards is exactly the same thing as that strange set of instructions—you have a specific message you're trying to communicate to someone through their eyes and it takes a lot of effort if it's not done clearly. In many cases, the message is lost or received incorrectly. The key to communcation is to bypass the thinking part of the brain as much as possible and reduce the amount of conscious thinking that's needed. By leveraging the "shortcuts"—or the pre-attentive cues—we can do exactly that!

So what are the pre-attentive cues and how do you take advantage of them in Splunk, or in any visual interface? I'm glad you asked. The following concepts may seem pretty obvious, but the point is they don't cost the brain any effort to think and process, which makes them extremely valuable as we design content for users: 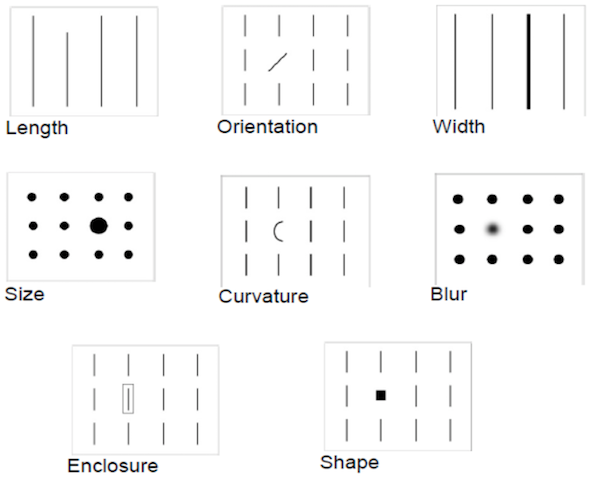 Truly subjective to people individually, but there are some basic scales typically used for delineating colors (e.g. RGB, CMYK). The key here is in the hue and intensity. The human eye is really good at pre-attentively processing colors of differing intensities and hues, so leveraging this when displaying a Splunk visual or setting cell-level formatting is recommended.

The art of calling attention to an element in a group through visual form is a great pre-attentive cue. There are a number of different cues, but the most common involve length, orientation, size and enclosure. By leveraging these properly in the formatting of a visualization or in the layout of Splunk dashboard panels, you can effectively communicate to users pre-attentively.

Two-dimensional positioning of elements is just about the best way to show membership. Visualizations in Splunk are designed with this in mind, but ensuring proper settings is key to effectively displaying outliers in diagrams, trends and other quatitative comparisons. Again, this may seem obvious, but proper spacial positioning of data elements is quickly processed pre-attentively, so leverage this whenever possible!

This was a very trendy "gimmick" in early web design, and is beyond annoying when not leveraged properly. Motion (or flickering) of elements isn't really the best way to communicate given all these other cues, but an exception could be an animated visual showing progress over time. Another idea is to leverage javascript to invoke blinking on an outlier in a chart.

These are the key pre-attentive attributes that should always be a common theme in designing content in Splunk—whether a simple tabular display, visualization or collection of elements in a dashboard. Leveraged properly, these cues will help guarantee effective communication to users and maximize your Splunk investment!