Sometimes a dashboard can become too busy to focus. This is especially true when you have both summary and detailed data on a Key Performance Indicator (KPI) dashboard. An example of this would be the Citrix XenApp app User Experience dashboard as seen below: 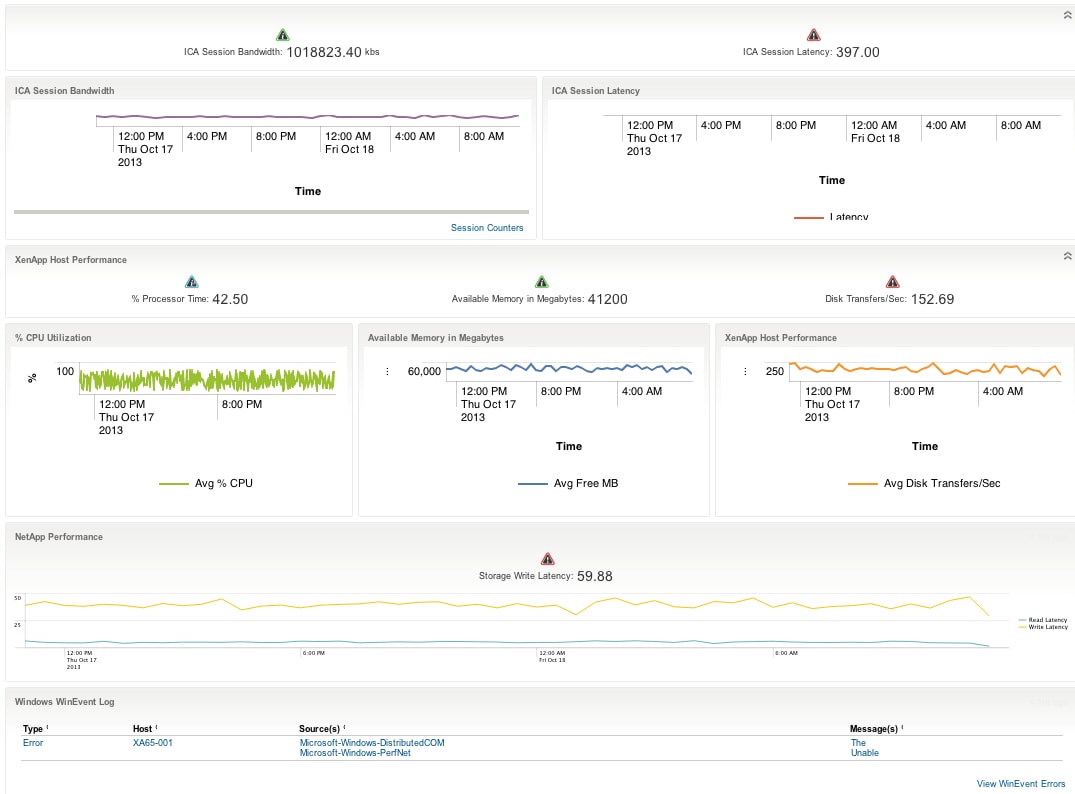 This dashboard scores the various components that impact a user’s experience – things like network latency, server performance, hypervisor performance, shared storage latency, Netscaler throughput, etc.  There is just too much information to show all at once, so we hide parts of the dashboard and allow the user to view the detailed information of only what they want to see.

Adding toggle buttons to hid/show parts of your dashboard isn’t all that hard. To start out with Simple XML, we add a stylesheet and script to the dashboard.

The stylesheet initially hides the second row by:

Here is the end result:

Toggle with a HTML Dashboard

The concept is the same as the Simple XML example.  By using HTML, we get a little more control of when our toggle button is rendered as well as the position of the chart.

This function will asynchronously render the toggle button when the chart has finished its search:

Here is the end result:

You can download the example source here (note: Splunk 6 is required for these to work): https://github.com/JasonConger/SplunkToggleExample