This post is the first in a series analysing social data about the UK General Election 2015. 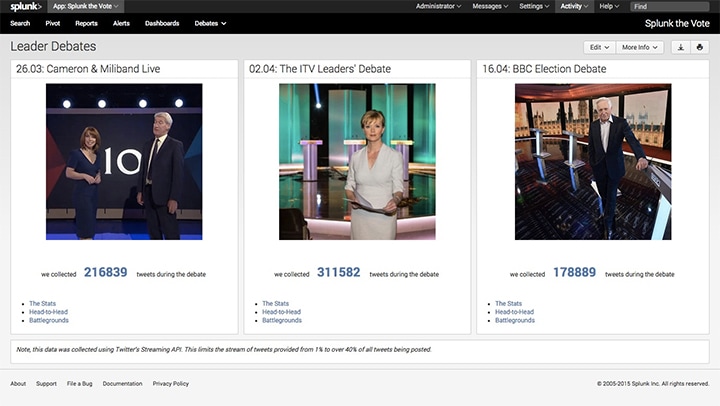 The third official debate has come and gone – this time without Cameron and Clegg. Perhaps this is why we saw the fewest tweets (179,000) collected during the debate compared to the previous two debate (216,000 & 312,000).

But how did the two leaders compare to those in the five opposition leaders who took part in the debate?

In the third part of my #SplunkTheVote series I took to Splunk to find out. 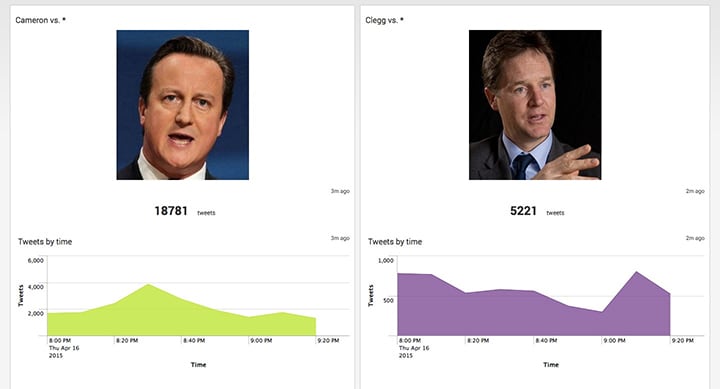 If you want to build some cool stuff with this data, grab the data set here and let me know what you find.

I extracted this data from my Splunk instance with the following API request: