Splunk the Vote: Battle For Number 10 – Cameron vs. Milband

This post is the first in a series analysing social data about the UK General Election 2015. 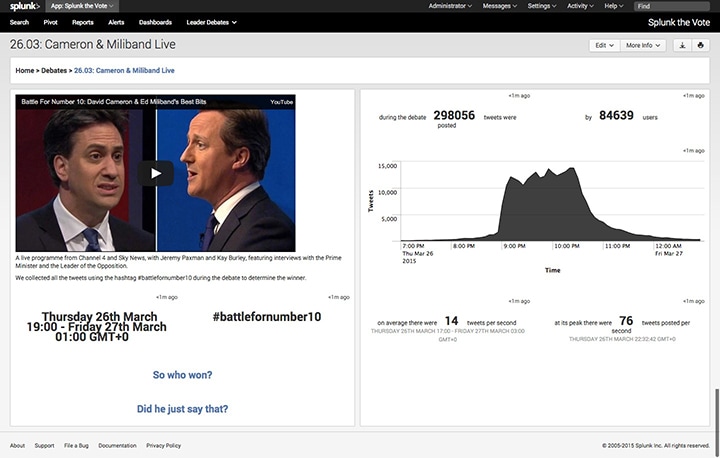 On Thursday 7th May 2015 the UK will hold a General Election to vote for the next Prime Minister.

In the run up to the vote there is going to be a series of pledges, appearances, and debates. Over the coming weeks I am going to be collecting data from various sources of media into Splunk to provide some insight into how each of the main party is faring .

On Thursday 26th March the campaign kicked off proper with the first leaders “debate” (more like interviews) with the Prime Minister, David Cameron, pitted against the Leader of the Opposition, Ed Miliband.

For this exercise I collected tweets containing the official debate hashtag: #battlefornumber10. To do this I used Twitter’s Streaming API. It is important to note that the streaming API, unlike the private Firehouse API, samples the stream of tweets from between 1% to over 40% of all tweets being posted.

You can see details of how to configure this input into Splunk by reading one of my earlier blog post here.

I downloaded the data from my Splunk index into a CSV file using the Splunk API. You can grab the dataset here.

There are a few key parts to the analysis, but it is all fairly trivial. One of the main aspects of this analysis involved sentiment analysis. Luckily there is already an existing app created by David Carasso with a sentiment search command. It also comes with a prebuilt sentiment model for Twitter. You can download the Sentiment Analysis app here.

You can then run sentiment searches using the sentiment command. Here’s and example I used to gauge the sentiment of Tweets containing the word “Paxman” (the intereviewer): 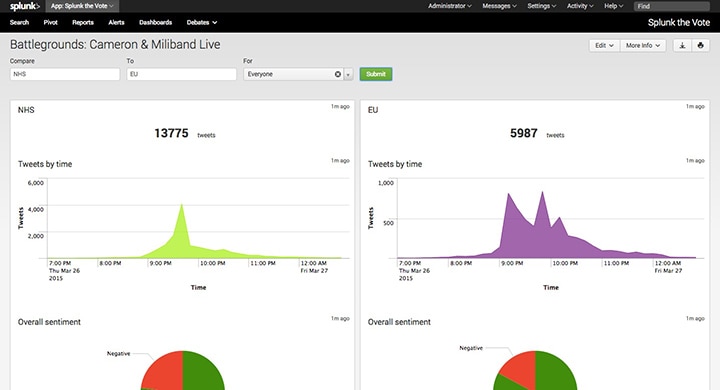 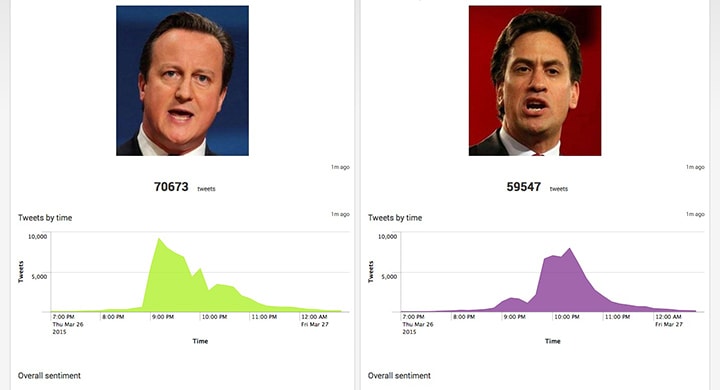 I’m going to stay impartial but here are the overall numbers: