Splunk and the art of refrigerator maintenance.

Over the Australia Day long weekend here in sunny Brisbane, Queensland, a buddy of mine and I started noticing that his fridge didn’t seem very cold – meaning that the beer was not cold, clearly a drastic problem. No matter how far down we turned the thermostat, the fridge just wouldn’t cool down. He wasn’t sure if he was imagining it, or if it had always been that way. My buddy didn’t really want to go out and buy a new fridge and wanted to try and fix it himself, however had no idea if any of the changes we’d made to the fridge were making it better or worse.

My buddy works for a Splunk partner and IoT company here in Brisbane, RIoT Solutions (www.riotsolutions.com.au), and so had a spare Raspberry Pi laying around. We figured, why not hook up a temperature sensor from Adafruit.com and log the data to find out? As it can take quite a while for a fridge’s temperature to plateau, trawling though the log files just wasn’t practical, and we wanted something that could tell us through trial and error if the changes we had made to the fridge were successful. So, we installed a small instance of Splunk on an Ubuntu VM in his home lab (despite me telling him to run it in AWS!). 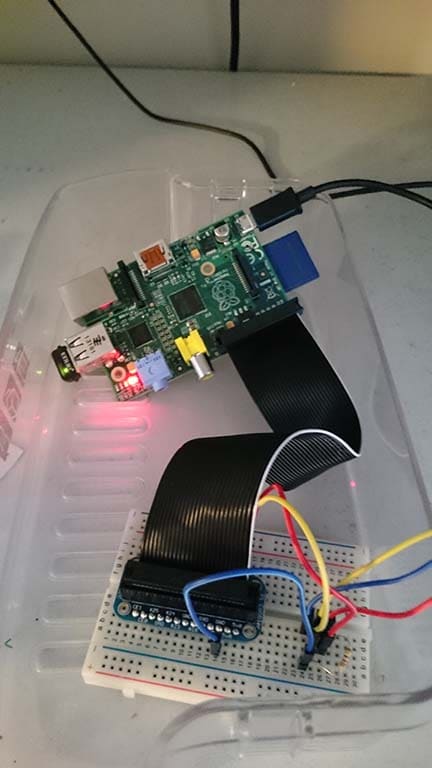 Splunk, as usual, took less than 10 minutes from install to ingesting the data, to generating a visualisation with real time temperature data. Now we could see the fridge was averaging around 12 degrees celsius, when a fridge should ideally be between 0 – 4.

Now we could start the trial and error to fix the fridge. First Kris tried kicking it, but this didn’t do much. Then he tried turning the thermostat temperature knob to a few different positions and monitoring each position, finding one which lowered the temperature to around 9 degrees. However, this still wasn’t low enough and he was noticing the thermostat knob was a little chunky to turn. So we decided to break the fridge.

As soon as we pulled the thermostat out we could see that it was frozen into a solid block. Kris left the fridge running overnight, without the thermostat, so it could defrost, and when he logged into Splunk the next morning, he could see that the temperature had indeed dropped….to -2 degrees! On opening the fridge he found everything was nice and frosty, especially the beer! However, despite there being “a steak in every beer”, he knew his real food would eventually freeze solid at that temperature. 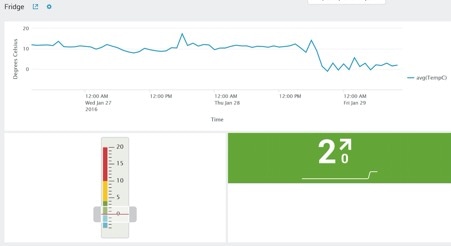 Thanks Splunk, for helping my mate  serve me cold beer, and save himself from having to buy a new fridge!

“Now Splunk and my Raspberry Pi are off to monitor my fish tank temperature as my fish have been going cross eyed lately.”

For details on how to build the Pi – https://learn.adafruit.com/adafruits-raspberry-pi-lesson-11-ds18b20-temperature-sensing/overview