In my previous blog article, I describe the practicality of collecting manufacturing data for Statistical Process Control (SPC) and Supervisory Control and Data Acquisition(SCADA) applications using Splunk. Manufacturing industries typically use OPC servers as a uniform platform to control and collect data in their production.

In this article, I will show how to integrate Splunk with OPC servers to collect real-time data, and how to integrate with databases for archived data. This is an open source project called “splunk-demo-opcda” which you can download it from splunk@github.

The splunk-demo-opcda architecture has the following major parts:

OPC server is a DCOM/windows based application, we use Java-based, open source utgard from openscada.org to communicate with DCOM across the network.

After you download and install splunk-demo-opcda on your Splunk system, go to splunk>Manager>>Data inputs and create an RPC configuration, as shown.

Note: Currently only one instance of RPC can be running in a Splunk instance. 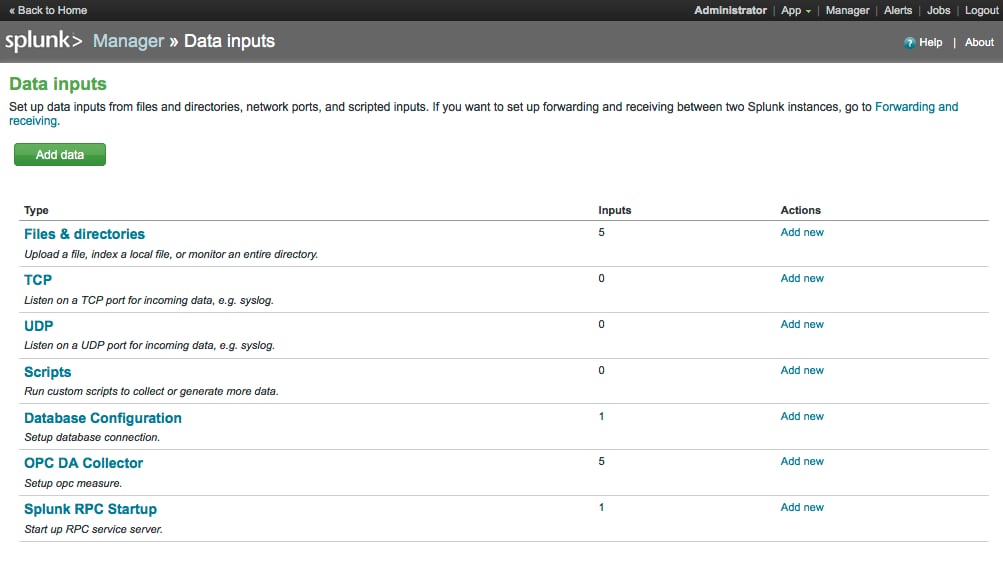 After creating the RPC server configuration, start it by clicking Status column in splunk>Manager>>Data inputs>>Splunk RPC Startup as shown.

splunk-demo-opcda use the MatrikonOPC free OPC server simulator for testing OPC connectivity. Here is the configuration needed to connect to the simulator as shown: 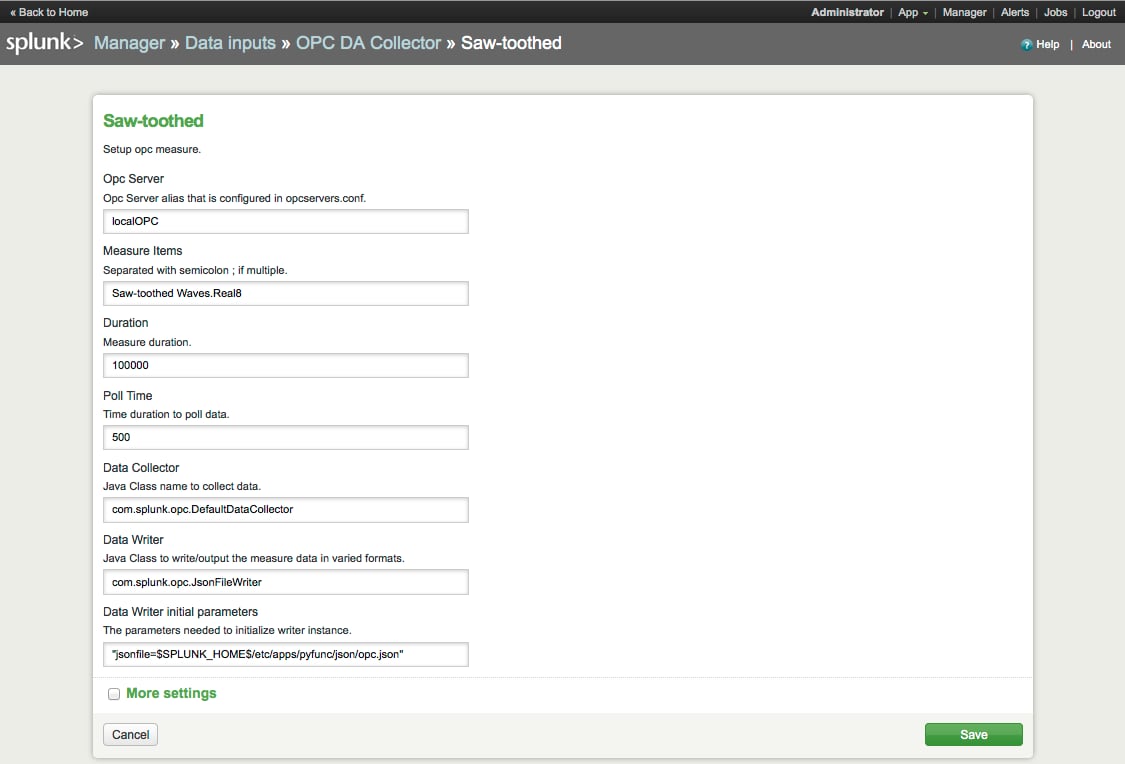 Putting It All Together

Make sure the OPC simulator is running.

Use splunk search command to monitor the accumulating data file: “$SPLUNK_HOME$/etc/apps/splunk-demo-opcda/json/opc.json”, for realtime data as shown in the following example:

For archived data, the customized command dbeval runs a Python function that communicates with the JDBC service in Java backend. The following example shows how the Splunk search command retrieves database entries.

The database alias “mydb” in the above search example was set up in the Database Configuration as shown:

I would especially like to thank my colleagues, Roussi Roussev, for constant discussion, valuable suggestion throughout the development of splunk-demo-opcda.