The Hitchhikers’ Guide to Splunk for less than $3 per day 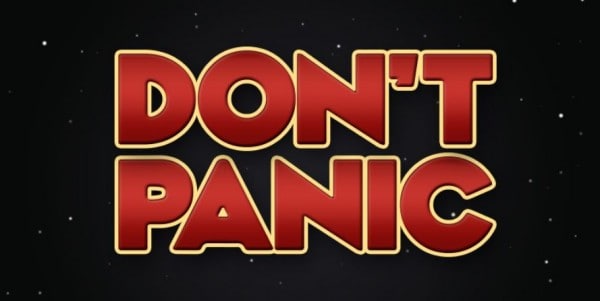 Up until now it has been possible to hitchhike around the universe “for less than 30 Altairian dollars a day” but you could never Splunk for anything close to that (even at today’s rather favorable Altairian dollar/US dollar exchange rate) and that has proved, for many in small IT environments, to be a challenge.

You really want to use Splunk to understand and optimize your IT operations but you work in a small IT environment. What do I mean by small? Well first you have like no money to spend on log management (let’s say less than $100 per month) not to mention you have a small staff (let’s say, uhm, you and, in your wildest dreams, four other people named Ford, Trillian, Zaphod and Marvin) that don’t have the time to manage a large and sophisticated Splunk Enterprise implementation. Heck you may not even have money for a server on which to run Splunk.

Here’s just a few examples of small IT environments buried inside larger enterprises and unable to leverage a more sophisticated Splunk Enterprise installation or access a centralized one outside of their department (any of these sound familiar?):

If any of these situations cause a light bulb to go off in your head (or brings a small tear to your eye) be happy that there is hope and that is where Splunk Light comes into play. Splunk Light was designed just for you to bring the power of Splunk to the small IT environment. While you can do many of the cool things you can do in Splunk (aggregate and search your logs, set up reports, dashboards, alerts) you can do them with a simple out-of-the-box setup, streamlined user access management and in the cloud (with the Splunk Light cloud service or AMI options) if even dealing with a local server is too much. Oh and you can do them for less than $100 per month (well technically for $75 – $90 a month but that didn’t have that cool rounded “marketing ring” to it).

Find out more about how Splunk Light can bring the power of Splunk to your small IT operations for less than $100 per month (and maybe even for free). Oh! Don’t forget to bring a towel.