The VI Cheat Sheet and Other Reference Guides

I’m the Splunk Marine; meaning I’m both a Splunker and a Marine.  After five months of working at Splunk, I realized some of my core Unix and Linux skills were getting a little rusty.  In a former life, I was a Linux Systems Engineer for a government agency, so it’s important to me to keep those skills sharp.  One of the most important skill sets as a Unix/Linux Systems Engineer, in my opinion, is the ability to utilize a console based text editor.  My editor of choice is VI, although many prefer EMACS.  Many of these console based text editors are quite complicated.  One of the things I do to both remember all the commands for VI and try to stay sharp in that specific skillset is to set my desktop background as a VI cheat sheet.  This is especially important, as Splunk configuration files are all editable text files. With some well-developed VI skills, it makes it quite easy to configure or reconfigure your Splunk installs, especially those installs such as the Universal Forwarder, which does not have a Splunk Web UI.  So here: 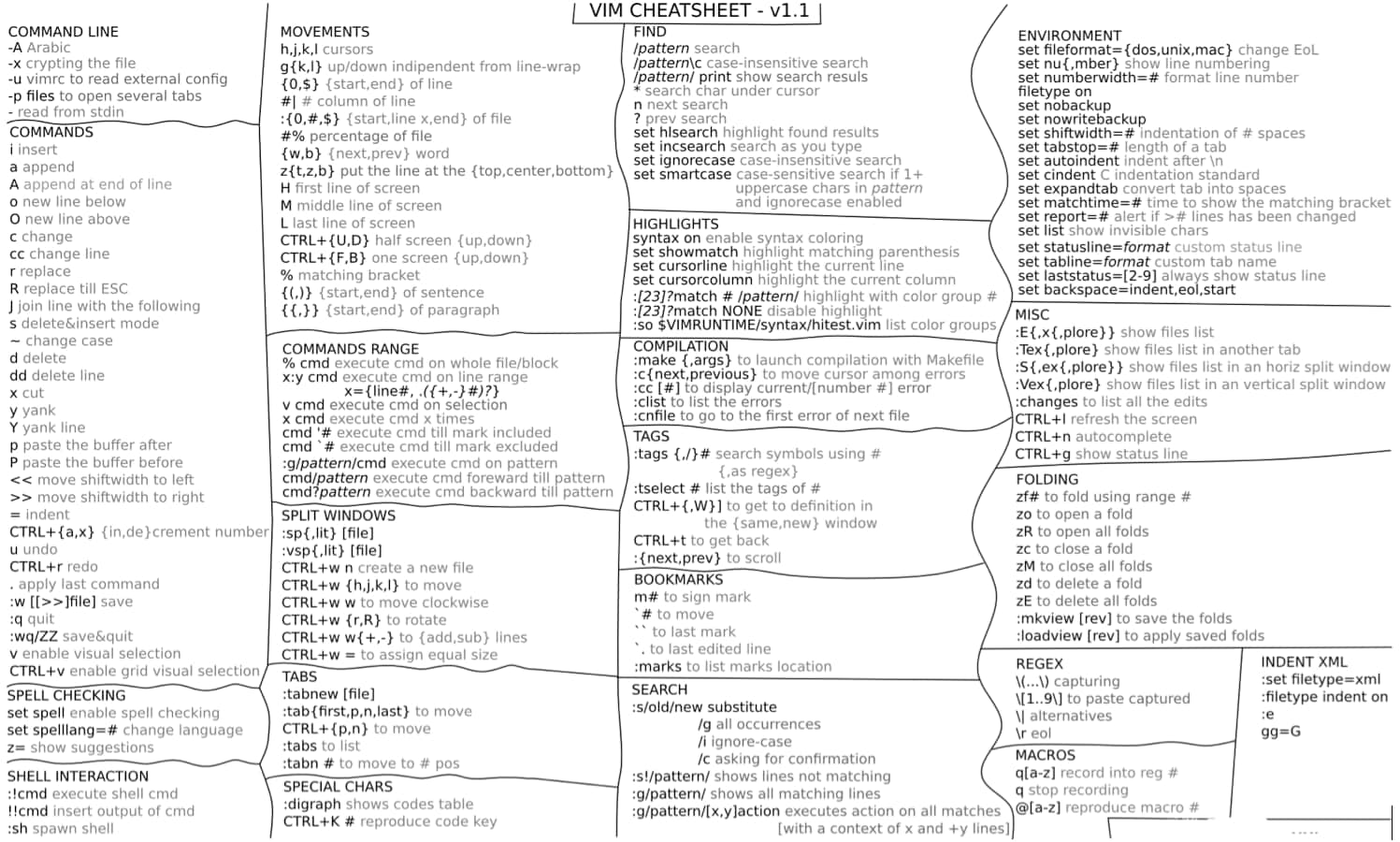 is the cheat sheet I use.  It’s not an all-inclusive cheat sheet, but it covers about 90% of the commands that are available to you in VI.  One other interesting fact is that VI is the only text editor, by default, that is built into all Unix/Linux operating systems.  I hope this tidbit of information is helpful to you.  Please check back soon for more Tips and Tricks from this old Jarhead.