I’ve recently developed a Splunk app called “splunkbase“.  It looks at your Splunk installation and suggests apps on splunkbase.com relevant to your data.  It analyzes your indexed data, as well as data in your file system not yet indexed.  It also suggests apps based on what other Splunk users have installed at similar installations — sort of like how Amazon will suggest items to purchase based on what other users similar to you have purchase.

The app is simple to run — it’s just one dashboard, with several reports that suggest apps.

Security: At no time is any of your data uploaded or forwarded on. The signatures of all free splunkbase apps are included with this app so everything runs locally on your machines.

Limitation: Currently it does not directly link to the apps on splunkbase.com, but it should be straightforward for you to find them on splunkbase, by searching for their names.

Feedback: This is an early app.  I’d like feedback — do the recommended apps make sense?  If not, can you explain?  Did you encounter any problems? 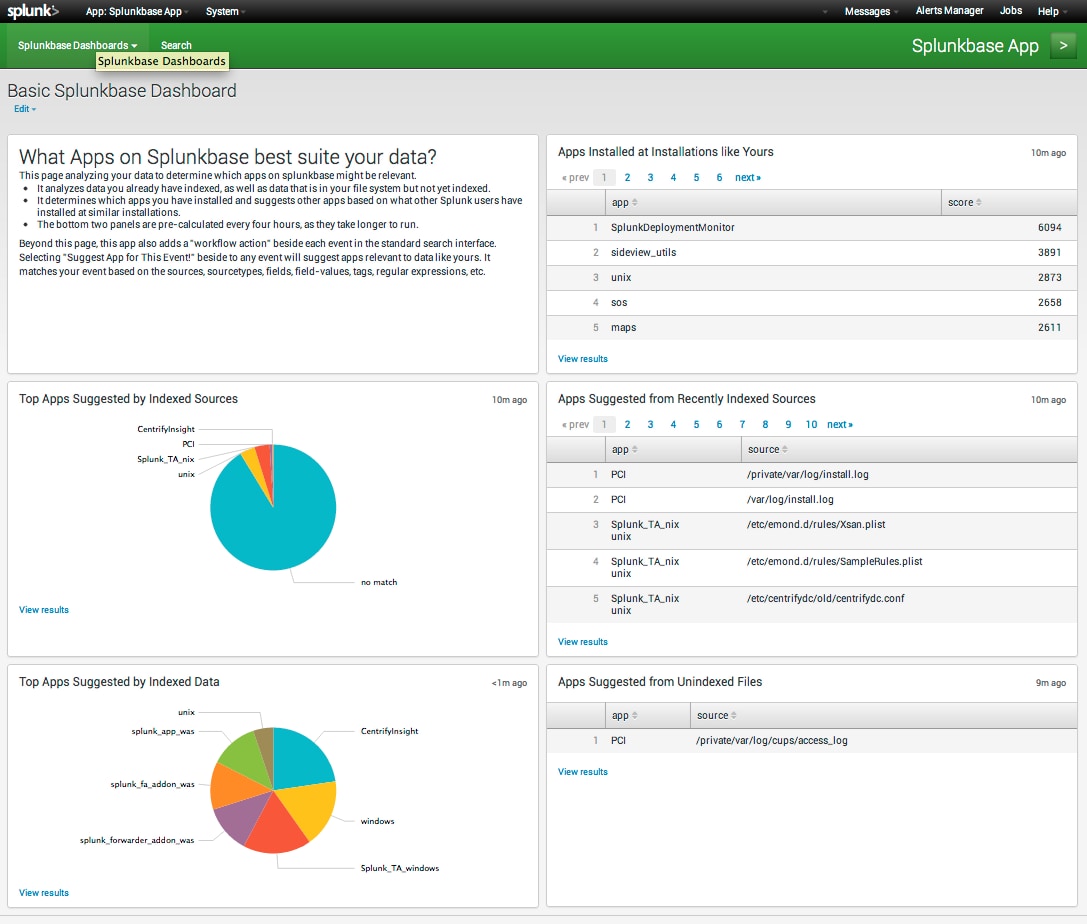