In Episode 4 we will take a look at the four downs of football. We used the Machine Learning Toolkit and more than a decade of NFL data to build models to make predictions during NFL games.

In order to make it quick and easy to plug in a scenario and visualize the most likely outcomes, we made a simple dashboard so editors at Sports Illustrated could try it out during a game. You may have seen the dashboard if you were watching CNN before the Super Bowl earlier this year:

The data contains a lot of fields (part of the list below) that are a lot of fun to analyze and ask questions of. Since our goal was to predict plays, we only used a subset of the fields to build the models. 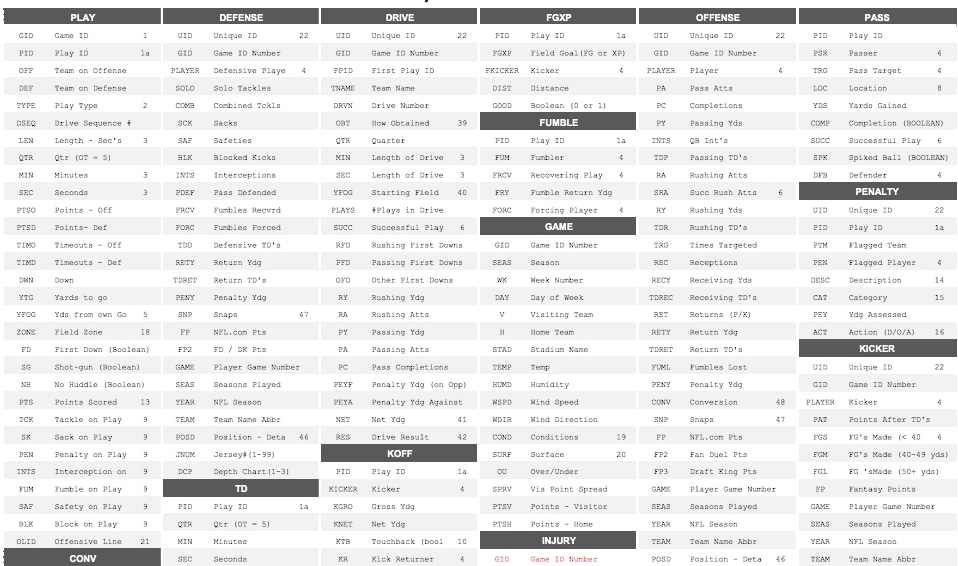 When the dashboard loads it shows some simple form inputs and a basic table. Once a user selects the “scenario” which includes the team, quarter, down, and yards to go for a first down, they can select what model the want to apply to make a prediction. The dashboard will then update and simply show whether the next play is predicted to be a pass or a rush and how it compares to the historical average given the same scenario.

It’s nice to know if it’s going to be a pass or a rush, but it would be much nicer to know where the pass or rush is likely to be. By clicking on “pass” or “rush,” a new panel will be displayed below that shows this information. 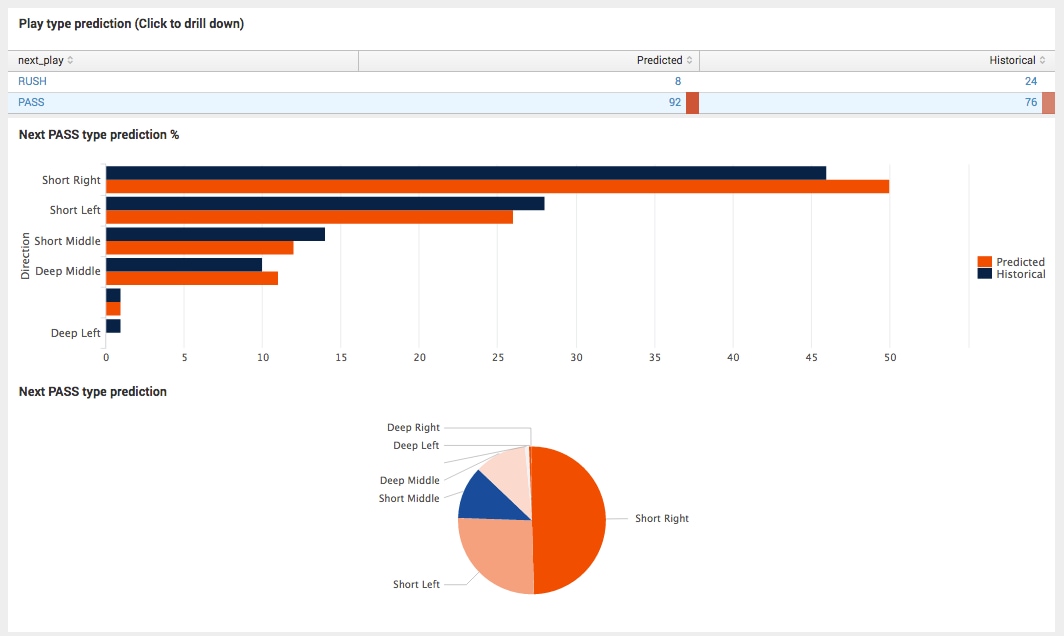 What’s happening behind the scenes? By clicking on the next_play result, the information is passed into another search which applies another model to predict the direction and then unhides the panel. There are some great examples of how to pass tokens, show/hide panels, and more in the Dashboard Examples app.

If I were a coach I’d want to visually see where the next play is likely to take place on the field. Especially if I’m trying to predict what the opposing team is going to do next. To accomplish this we used the Shapester app to create polygons for various sections of the field. Now a coach can select the yard line the ball is on and see visually where on the field the ball is likely to go. 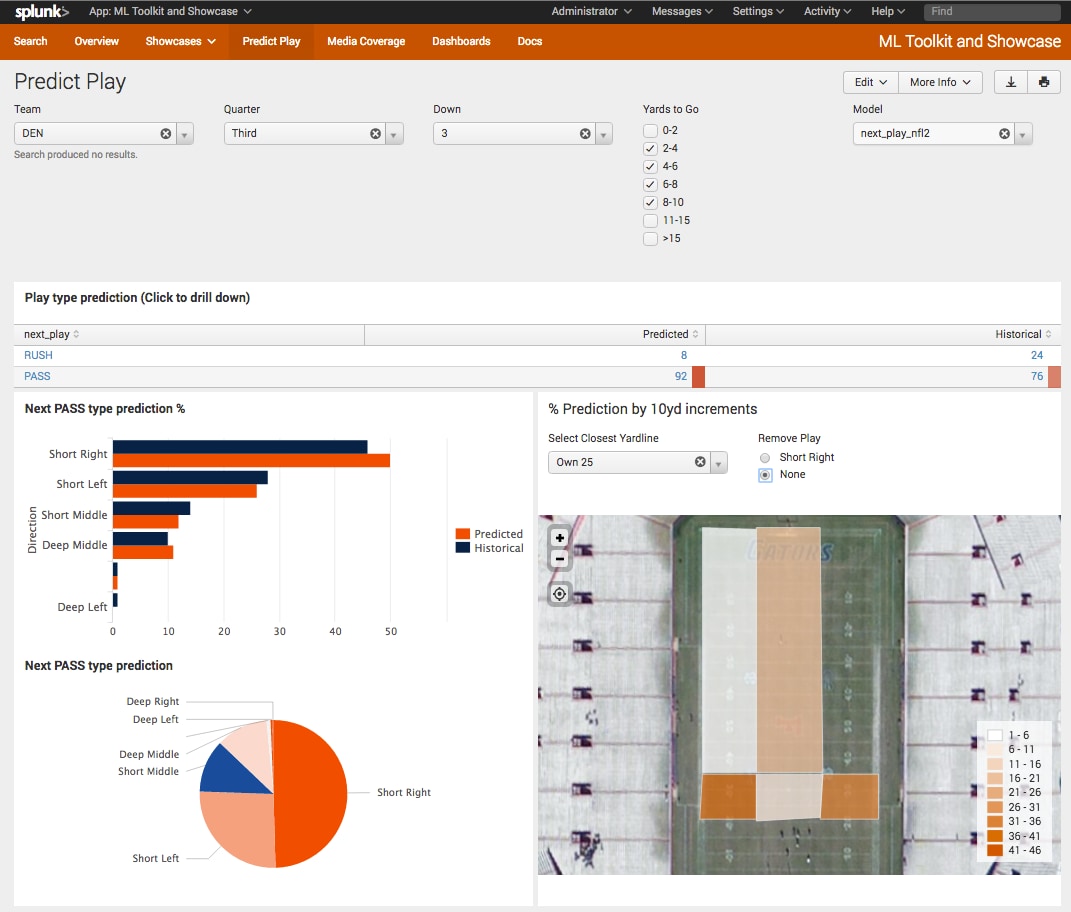 We could keep going from here. For example, we could click on a polygon and show another panel with more information such as the probability of a successful pass to that location, etc. What I like about this dashboard is it starts out simple to the observer. There is simply one table for them to view when they select a scenario. It isn’t until they ask another question until we load an additional panel with visualizations. Keeping dashboards simple on load makes it easier to digest. Speaking of digest, I hope you enjoyed this dashboard digest.