A hot topic in my inbox over the recent months has been how to achieve scalability with the Kafka Modular Input , primarily in terms of message throughput. I get a lot of emails from users and our own internal Splunk team about this , so rather than continuing to dish out the same replys , I thought I’d just pen a short blog to share some tips and tricks.

So let’s start off with this simple scenario :

These are the scaling steps that I would try in order.

With the recent release of Splunk 6.3 , I also updated the Kafka Modular Input to be able to output it’s received messages to Splunk via the new HTTP Event Collector. You can read more about this here.

This is one area that many users are most likely not aware of. When you setup multiple Kafka stanzas in Splunk , these will actually run as multiple consumer threads inside of the same single JVM instance. And you can aggregate them into the same consumer group by setting the same Kafka Group ID.

Below are 3 Kafka consumer connection threads in the “my_test_group” consumer group running in the same JVM.

If you are running many threads (stanzas) inside of a single JVM , then you may need to boost the JVM heap settings. This is easy to do.

For more advanced users , you can also set any of the full palette of Kafka consumer configuration parameters that you want. You just declare these as comma delimited key=value pairs.

Going beyond a single instance of Splunk

If the above steps don’t warrant enough scale for you , then you can start to think about horizontal scalability.This is basically just the same steps that I mentioned above but replicated horizontally across (n) Splunk instances. 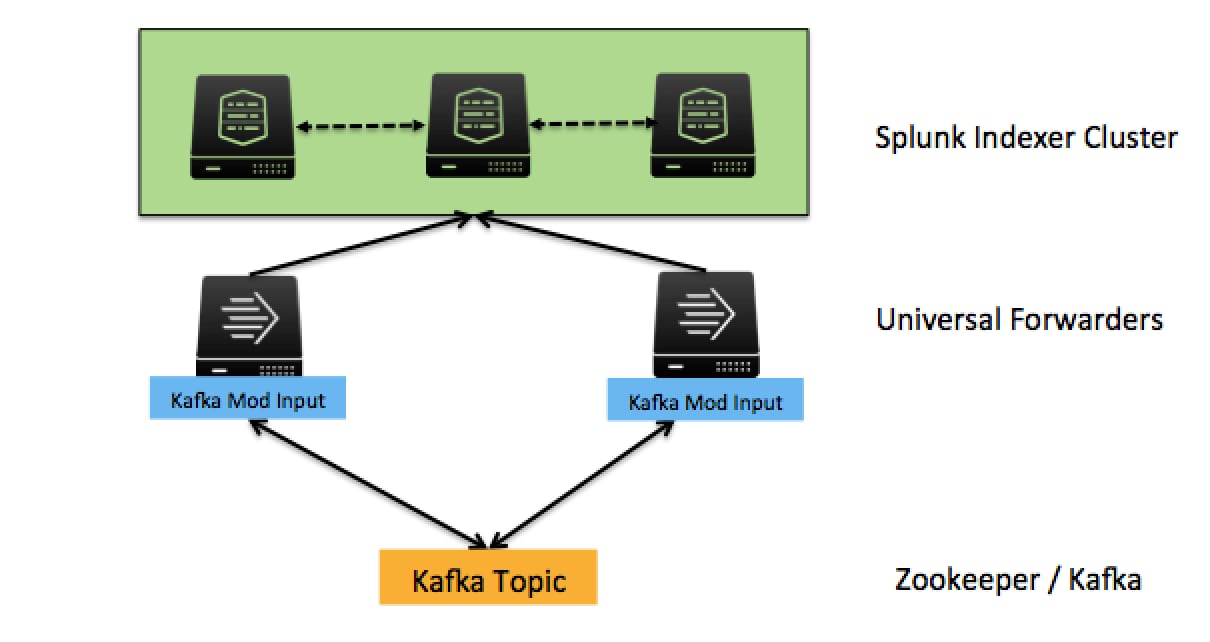