After the recent SplunkLive! New York, we hosted a hackathon for developers ranging from experienced Splunk users to curious community hackers who’d never before heard of Splunk.  When the dust cleared and pizza cooled, we awarded one winner for both the Best Application and Best Application for Social Good.  Rich Acosta {team name: “Team Ricapar”, spirit animal: “Penguin”} built a Splunk for Nest application that wowed the judges. What justified the wow?

Rich extracted his thermostat usage data from Nest’s website. He found a node.js script online to handle the authentication piece of the Nest API calls then tweaked that script to spit out the relevant JSON strings.  Rich then passed the JSON into some custom PHP for formatting. Rich also polled Weather Underground’s API for the past 10 days of local weather data (in JSON format) which he correlated with the data from his Nest thermostat. 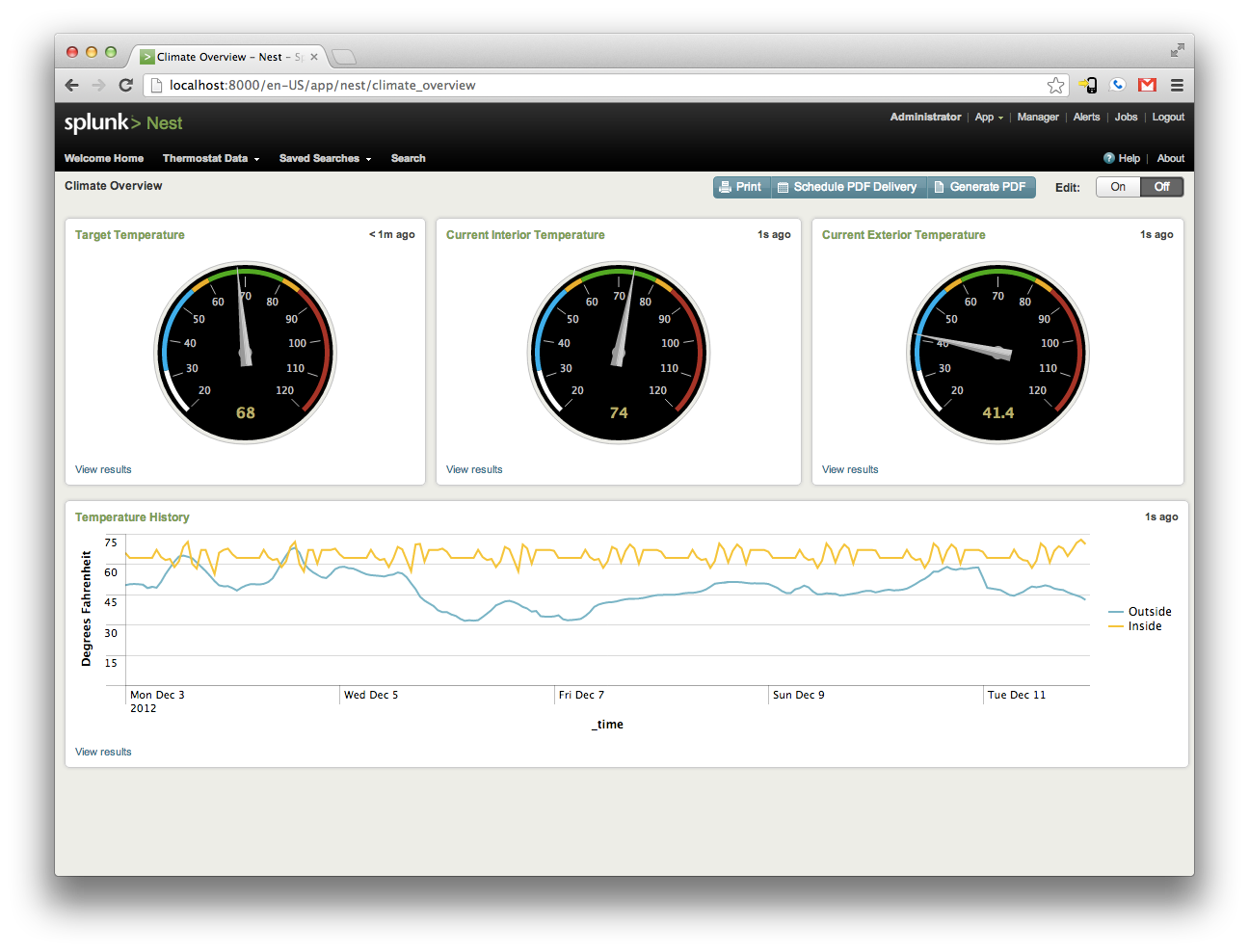 Rich also created an Energy Usage & Conservation screen. Nest awards you a “leaf” if your energy usage has been deemed “green” for that day. The Nest app display a green bar for every day a user get’s a leaf and a red bar for every day a user does not get a leaf. Rich also included charts of which HVAC systems were in use and for how long, and a more granular chart of if any of the systems were on during portions of the day. Lastly, Rich created a timechart plotting “touched” events reported from Nest. A “touched” event is any time Nest is told to change the temperature. These are triggered by a scheduled temp, moving the physical dial, or logging in via your smartphone and using the app. 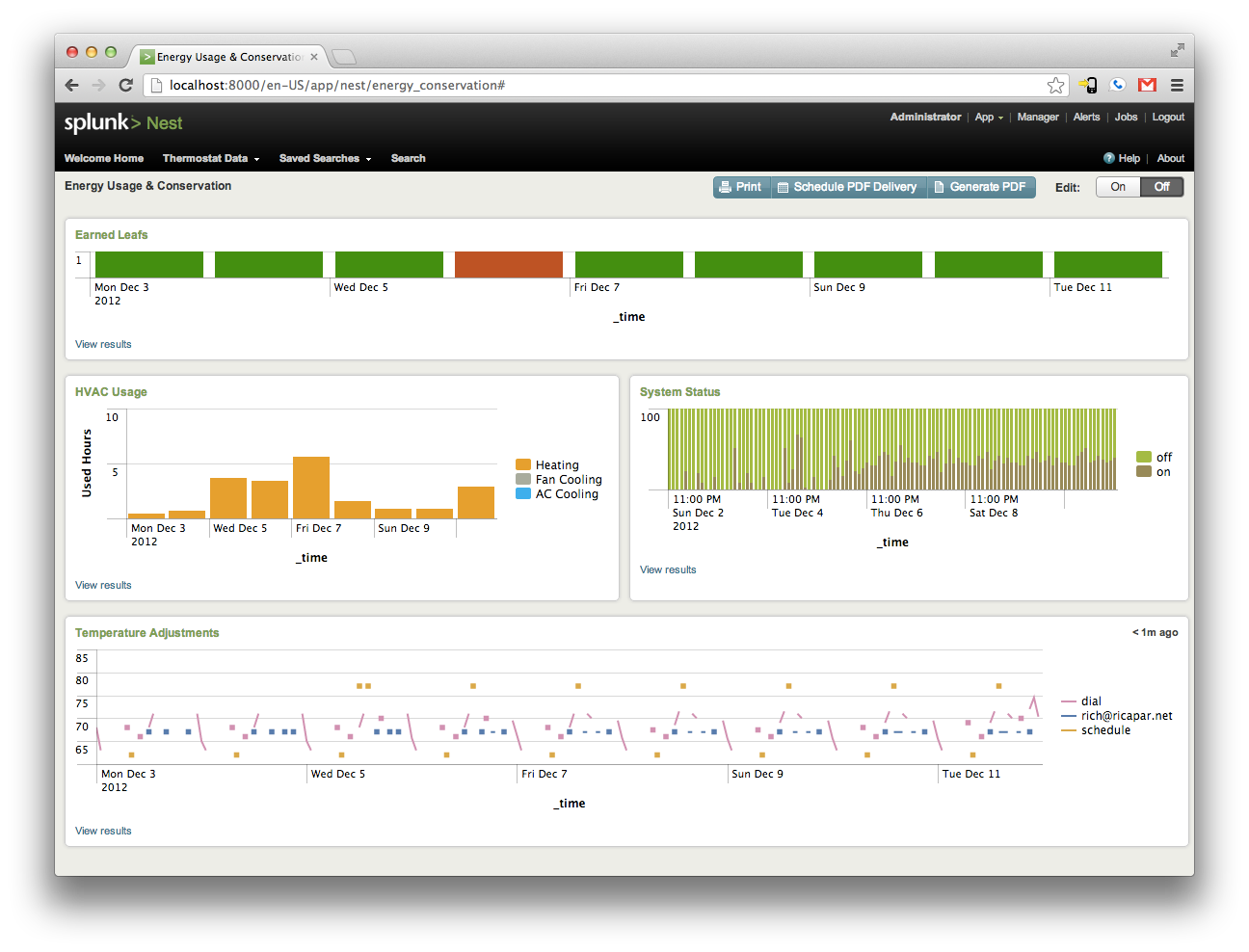 Congratulations to Rich and thanks to everyone who came out to hack with us! Follow @splunkdev on Twitter to find out about upcoming hackathons near you.