Our graphical installer helps you get going quickly – and for large-scale deployments, the installer also supports non-interactive installs from the command line.

Right out of the box, SignalFx shows you built-in content that helps you monitor your Windows hosts. Resource utilization and other health metrics are available at a glance, and can be filtered dynamically using dimensions. 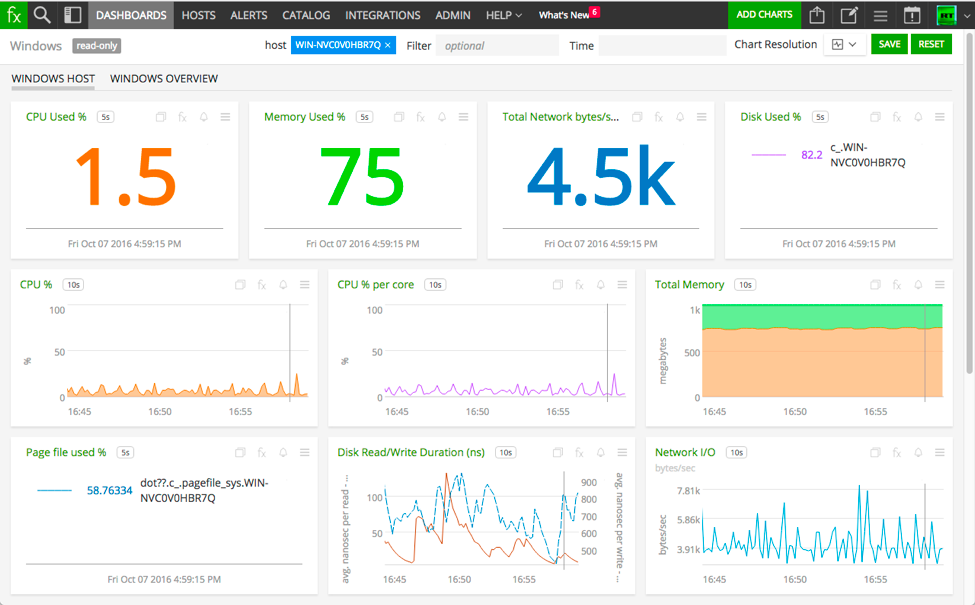 If your Windows host is running in AWS services, SignalFx can sync AWS metadata about that host including availability zone, instance type and more, allowing you to filter or group by that metadata in charts. 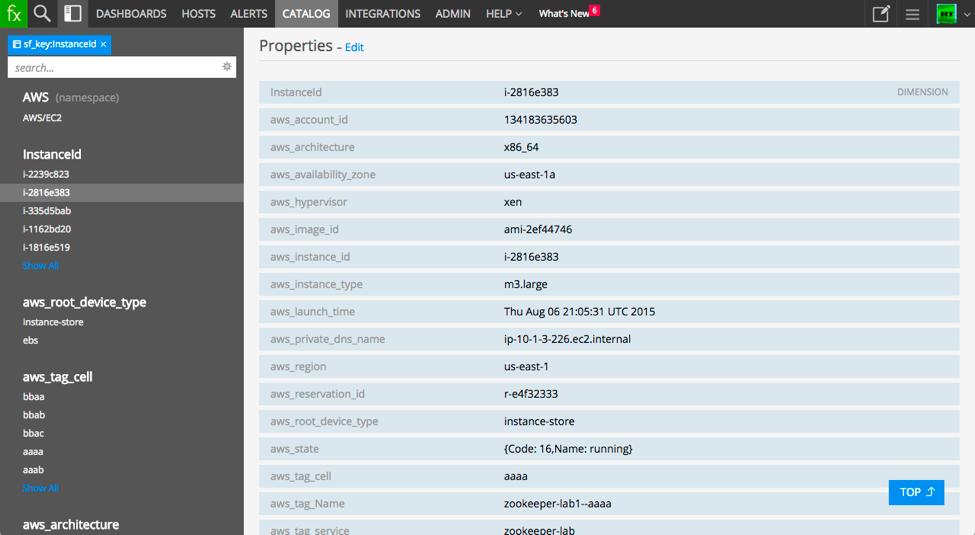 SignalFx uses real-time analytics to show not just the average utilization across servers, but the real-time distribution of utilization values. The difference between an average and a quantile is critical to understanding how a population is actually performing: computing an average can smooth out large differences between servers, masking both the existence of a difference and its severity. Using percentiles in SignalFx can help you see at a glance the range of values for a metric, and about how many servers are reporting in each range. 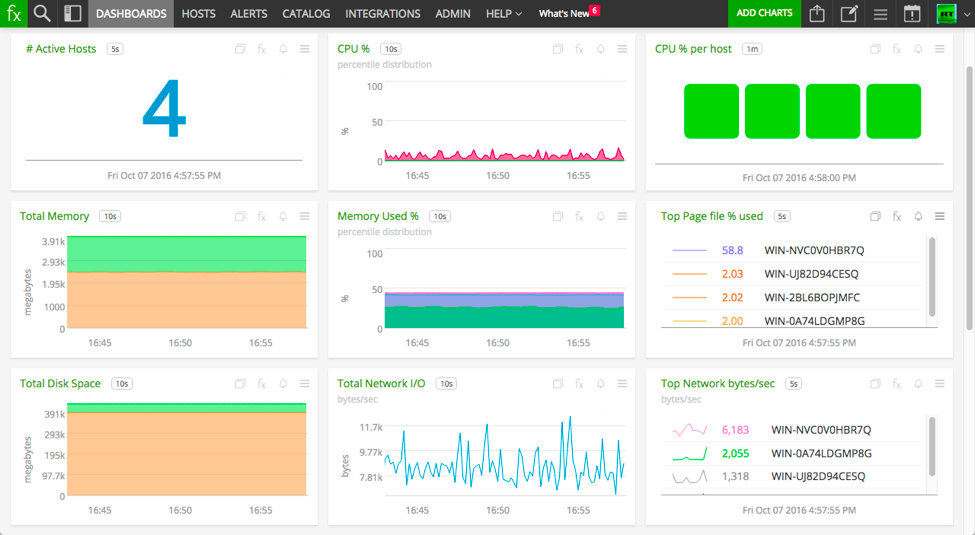 Out of the box, SignalFx’s Windows agent provides easy configuration to collect metrics about commonly-used Windows services, including .NET, SQL server, and IIS web server. For example, SignalFx provides another set of built-in dashboards about IIS that show IIS status and activity per server and per site. This includes visualizations of metrics that are critical to IIS administrators like requests per second and the number of current connections. 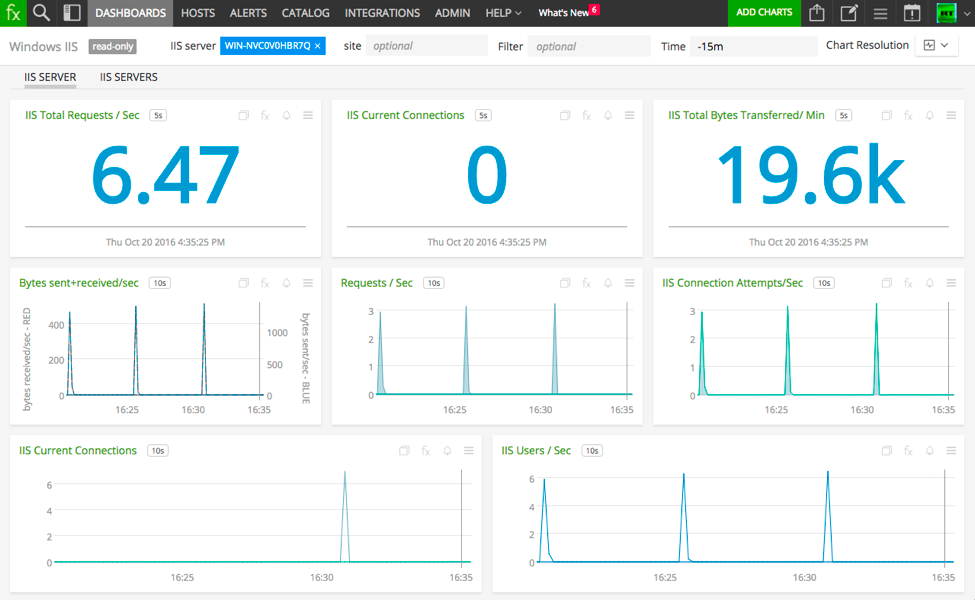