Transitioning From Graphite to SignalFx

In my previous post, I shared some of the reasons organizations are transitioning from Graphite monitoring to a more modern monitoring-as-a-service solution like SignalFx. Specifically, where Graphite (and its ilk) has limitations in scale, maintenance, ease of use, flexibility, and cost, SignalFx was built specifically for today’s distributed, elastic environments that rely on faster, more durable insights that enable intelligent, real-time alerting.

Ultimately, as organizations move to the cloud and adopt DevOps strategies, they need monitoring that both grows with their needs and offers the best features of familiar systems like Graphite. SignalFx has invested in a number of capabilities that dramatically simplify the transition from Graphite, enabling Graphite users to:

Many Graphite users have become accustomed to its wildcard conventions, and use them actively to generate the custom charts that they want. SignalFx supports the use of those conventions in the signal (metric or event) field of the SignalFx chart builder UI, including asterisks, character lists and ranges, or value lists. To use the Graphite wildcard, simply enter the syntax into the signal field, then select the Graphite wildcard option.

One of the most powerful features in SignalFx is the ability to use dimensions to filter or group everything: metrics, charts, dashboards, alerts, and the Host Navigator. For example, you can filter in or out time series that match "datacenter:snc" or calculate the average value of the metric "cpu.total.user" across multiple hosts, grouped by microservice.

In Graphite, metric names typically contain multiple dot-separated dimension values, such as "snc.role1.server3.cpu.total.user". (The dimension keys—e.g., datacenter, role, host—are implicit.) To use the dimensions in Graphite metric names as if they were native SignalFx dimensions, you can simply apply on-the-fly dimension aliasing to the chart you’re constructing. This allows you to treat the nodes in a Graphite metric name as if they were dimensions in SignalFx, and you can also assign aliases to the implicit dimension keys to make it easier to use and easier to understand. 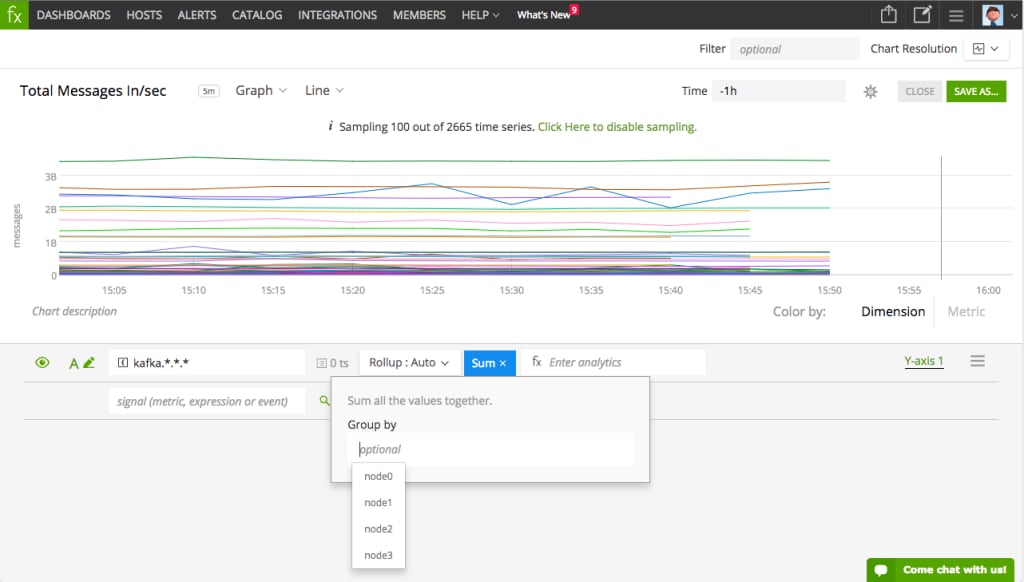 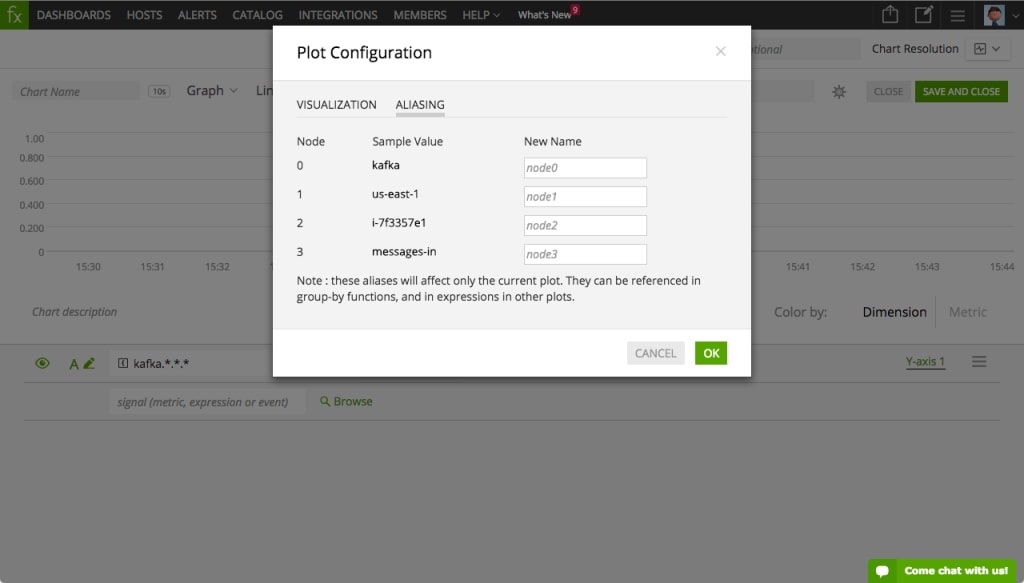 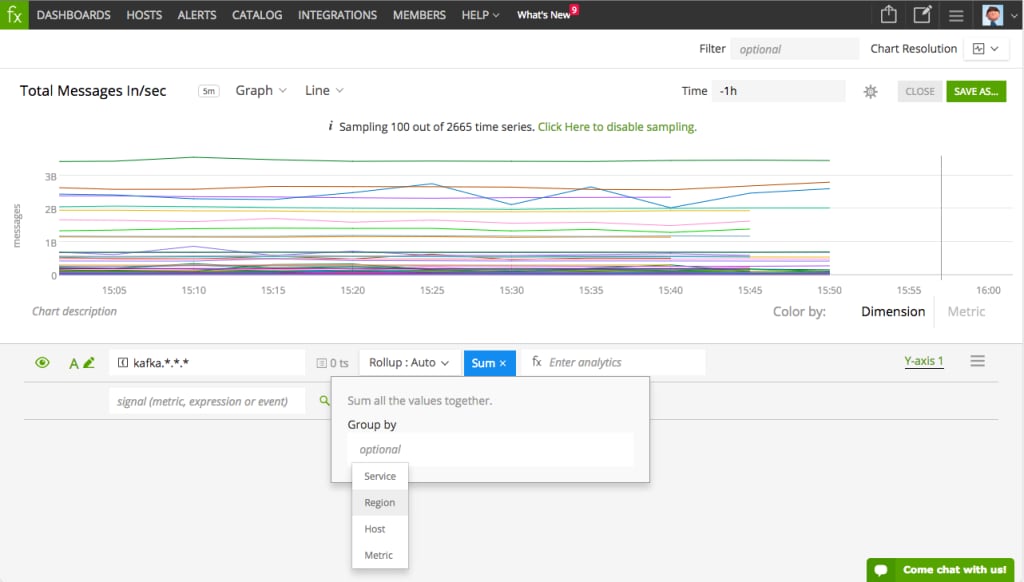 The SignalFx metric proxy is a multilingual datapoint demultiplexer that can accept time series data from a variety of metrics protocols and emit those datapoints to one or more servers on the same protocols. It is designed to be used in the following scenarios:

To try out SignalFx, you can place the proxy in between collectors and Graphite. In other words, collectd, StatsD, and other agents and/or client libraries send their metrics to the proxy, which then forwards it on to both Graphite and SignalFx. (When you are ready to make the switch, SignalFx will ingest those metrics directly.)

In the simplest case, Graphite metric names are forwarded as-is and appear in SignalFx with the traditional dot-separated format. When you decide to leverage SignalFx’s dimension-based capabilities across the board (as opposed to on a per-chart basis, as with on-the-fly dimension aliasing) you can add a schema to the proxy that will parse the Graphite metric names into dimensionalized SignalFx metrics. Learn more about the metric proxy.

Watch our webinar on how Zenefits is Operationalizing Docker »

Transitioning From Graphite to SignalFx