SignalFx customers love collectd because it serves as a single collection and forwarding point for all the metrics they care about–from the infrastructure metrics of every node to operating metrics from open source platforms like Elasticsearch and custom app metrics through integrations with things like StatsD. While collectd emits these metrics in great detail, users typically want to look at some metrics in aggregate, instead of how they are natively reported. For instance, when CPU time is reported in jiffies and getting to actual utilization requires a computation.

For stats like this, to get to the actual desired metric typically means running additional analytics on the native metrics to combine them into something useful for every new visualization, chart, or alert. We’ve now done some of the heavy lifting for you, using SignalFx’s collectd plugin to pre-compute utilization metrics for CPU, memory, disk space, disk I/O, and network traffic.

For example, to compute percent of memory used on a host using the "memory" plugin for collectd, you could use SignalFlow analytics to compute the ratio of "memory.free" to the sum of all memory metrics, subtract that number from 1, and multiply by 100 to display as a percent, as follows:

This is easy to compute using SignalFlow analytics, but it’s even easier to have the math done for you. Users of the SignalFx collectd plugin (included with every SignalFx install of collectd) can now just choose the metric "memory.utilization", and SignalFx will do the rest. 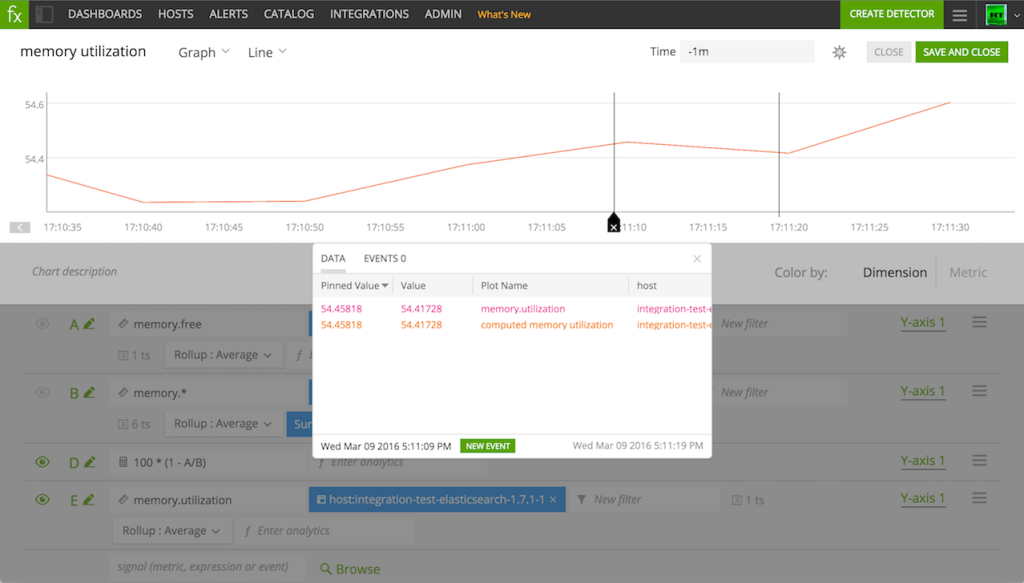 We’ve created the following new metrics from their native counterparts to save you time: 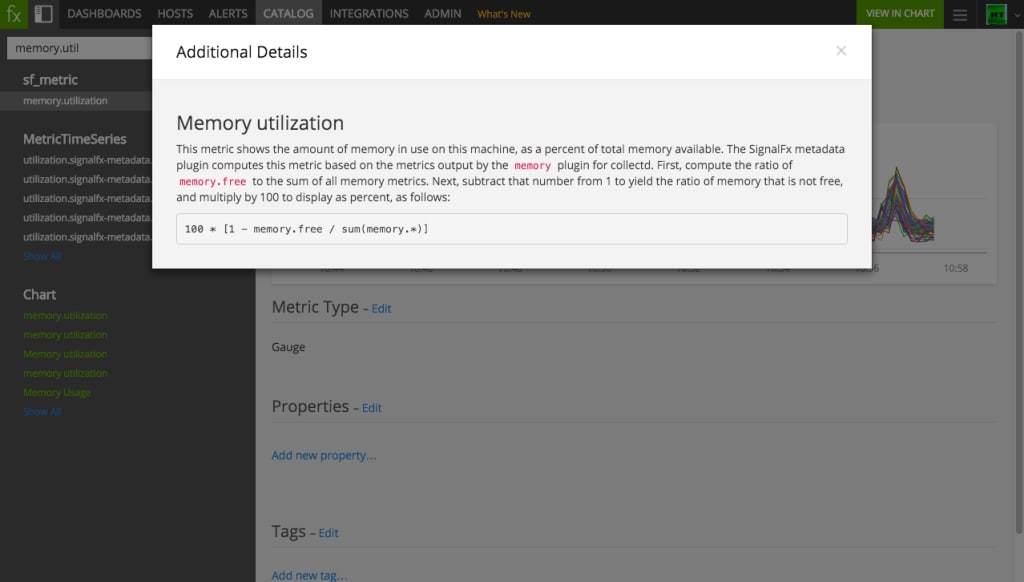 Start a free trial to begin monitoring your infrastructure with SignalFx today!