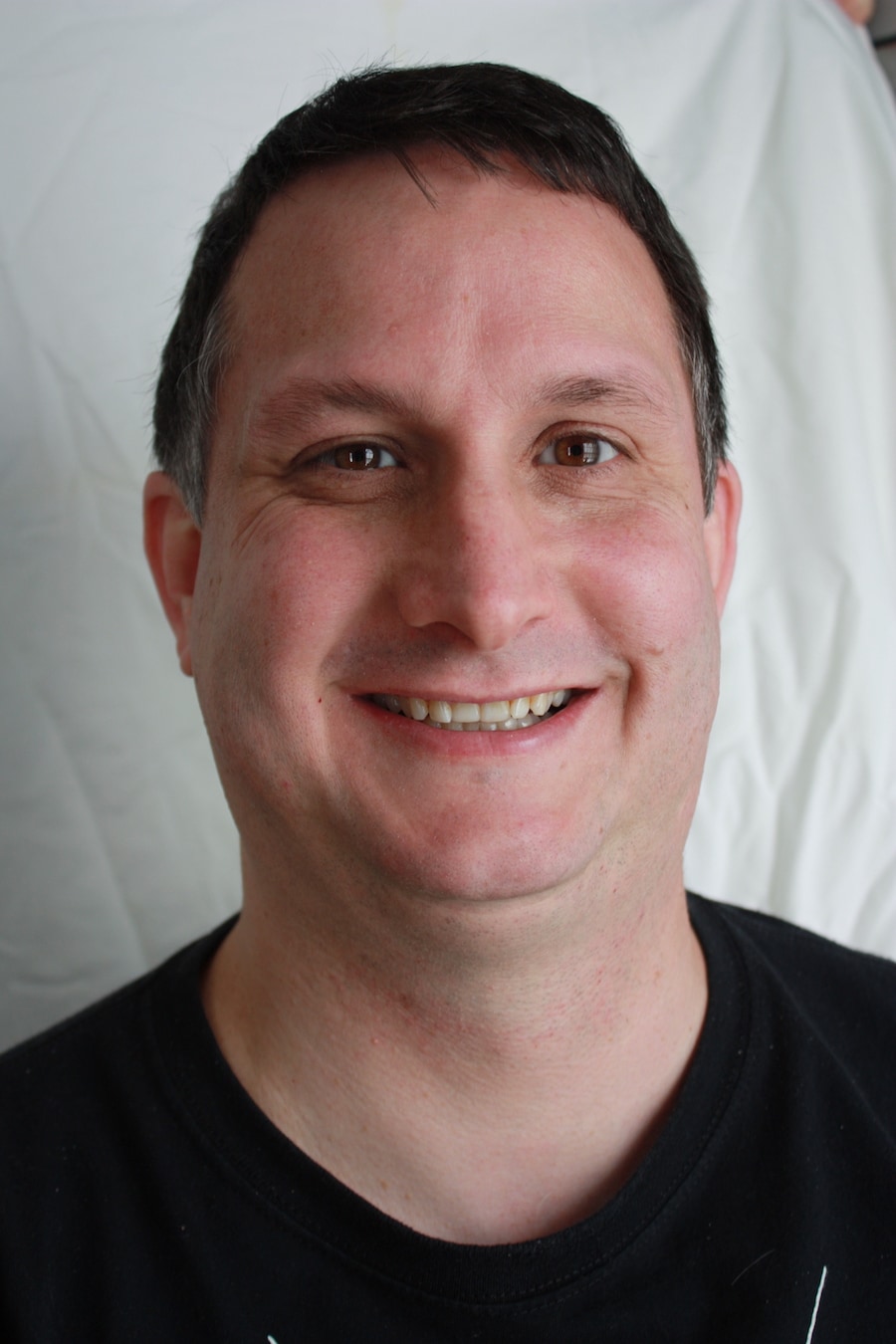 Industrial Control Systems (ICS) have existed for as long as computer technology has been available. However, issues over safety and the long lifespan of these systems have often forced operational technology (OT) staff to move slowly on adopting new technologies. Many industrial sectors are undergoing a transformation, known by various names including Industry 4.0, Digitalization of the Oilfield, Digital Twins, and, more recently the Industrial Internet of Things (IIoT).

The truth is that the people in these industries are engineers, scientists, innovators, and they are amazingly adept at performing complex tasks that most people are not aware of. In many cases, these same individuals are helping to lead the effort to transform not only their companies but also helping define what is the ICS of the future.

To think that one vendor will provide all the functionality and visibility sought after is not realistic. The ICS of the future will be comprised of multiple forms of technology, but there is a need to view the environment from a holistic level. At the same time, each part of this solution needs to provide real value and not just empty promises.

Most ICS’s are a mixture of older technologies (World War II era and newer) and leading-edge technologies, and rarely involve a single vendor or technology. The ICS of the future needs the ability to embrace not only this older disparate technology (it's not going anywhere) but also newer technologies as organizations seek to revolutionize the industry. Not only do these solutions need to handle technology of another era, they also need to bring together multiple disparate systems. 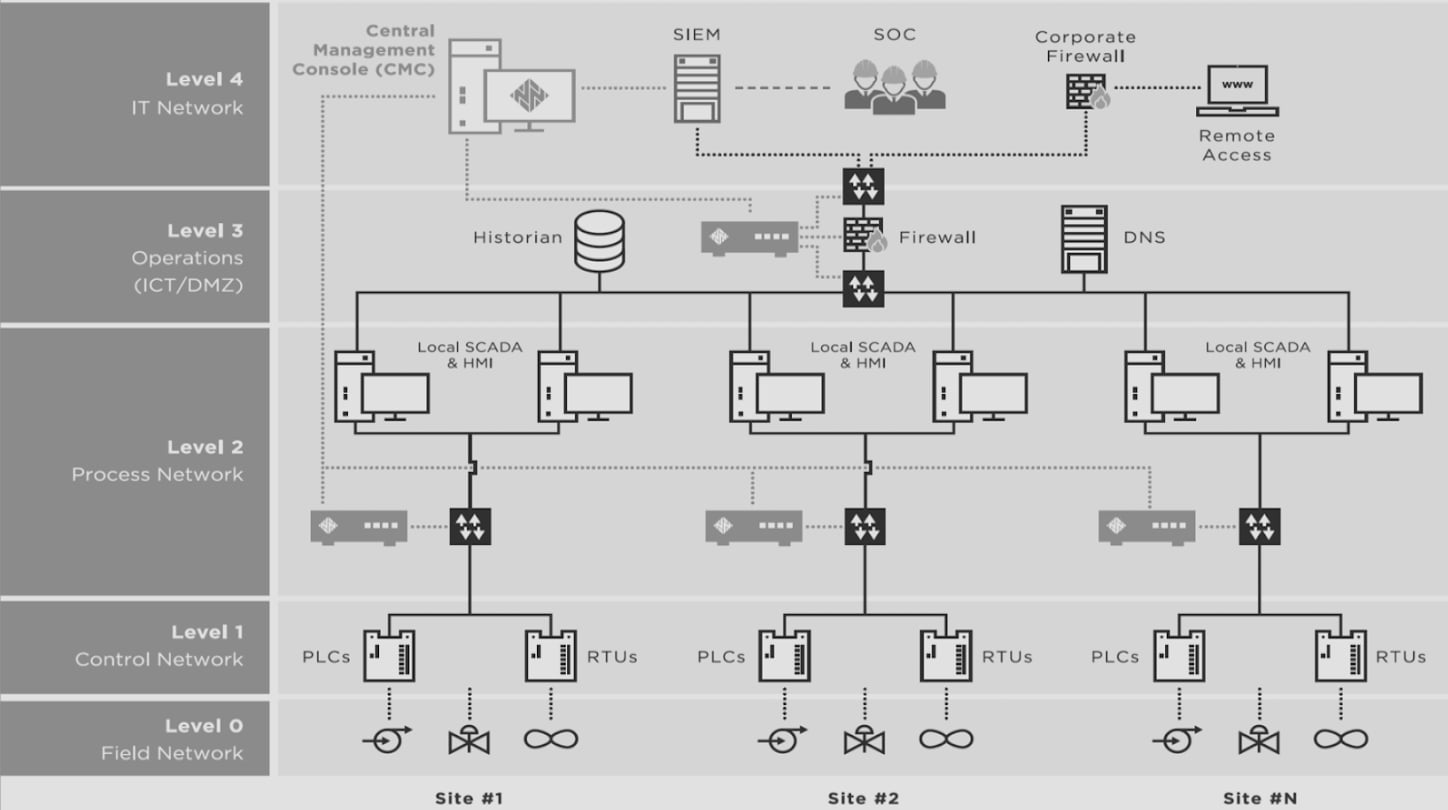 For example, many clients we talk to are used to looking for a point solution to try to solve one problem at one of their manufacturing plants. But after discussing how our solution might help with their particular problem (and many others), the next step is usually solving how they can roll out this solution across multiple facilities that all run a different ICS and contain equipment from different vendors. This disjointed nature is why they had often chosen to roll out multiple point solutions, but now they need visibility across multiple systems despite having different technologies and vendors.

Moving from Reactive to Proactive

“How long has it been out?” I often asked when woken up at 2am in the morning by an operator asking me to fix something on the SCADA system. The answer often came after multiple weeks, months and in more than one case—over a year. ICS teams are used to keeping systems running, but most of the vendor provided tools only tell them about the obvious problems.

With systems that can potentially cause human or environmental disasters and are also tied directly to revenue, keeping them up is essential. This involves looking beyond what is supplied by specific vendors, often extending the data provided by these systems in new and unpredicted ways. The goal should be to move from a completely reactive stance to a proactive one as much as possible.

Some of the most common use cases I get approached about are predictive maintenance. Most companies are used to performing routine or preventative maintenance (or are required to by law), but the truth is that equipment gets used differently and can be affected by a variety of conditions like terrain, environment, and individual operators. For instance, one of our customers was having problems predicting when equipment would wear out and needed to be replaced. What they discovered was that by analyzing the data from the production line, they could detect equipment that was wearing out, and then balance the production across the existing equipment. This significantly reduced downtime. 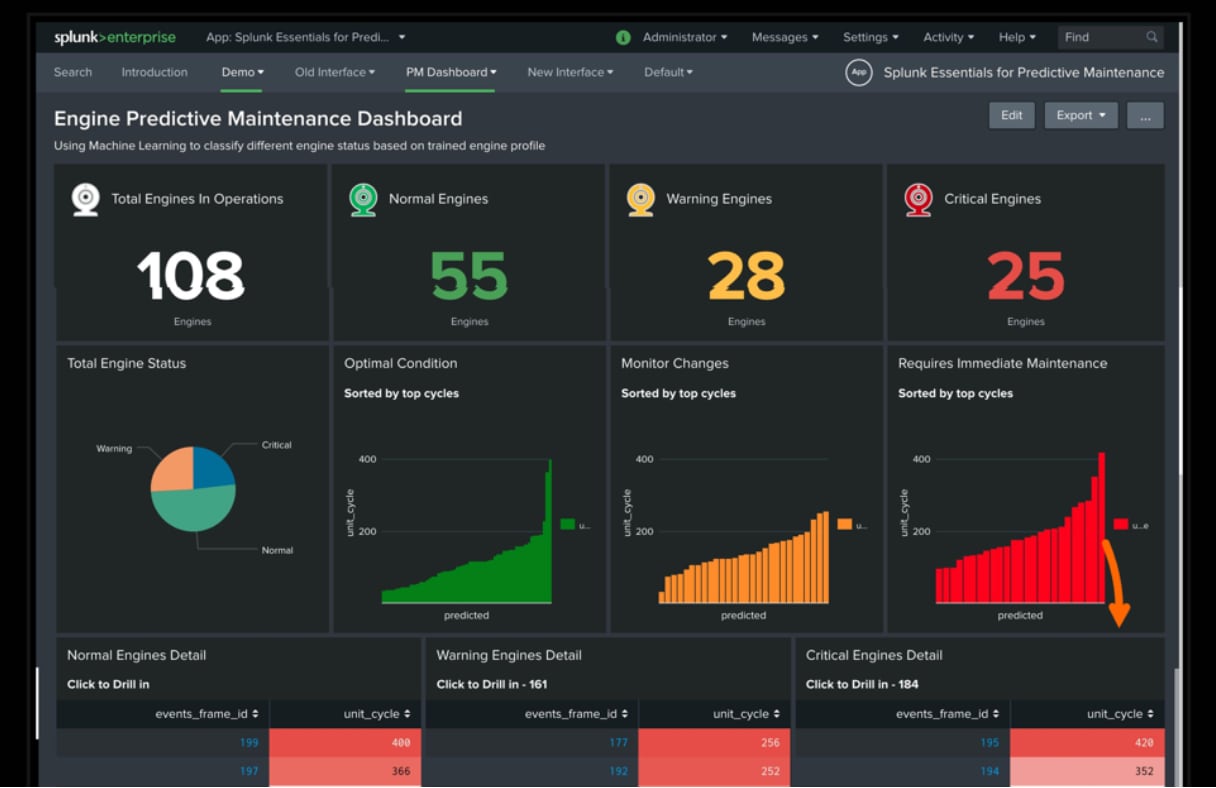 Another area of proactive monitoring involves the uptime of the systems themselves. In my previous role, our SCADA team was responsible for keeping the system up 99.9997% of the time (that’s around 42 minutes of downtime per year). However, as the systems grew and the load increased, it became increasingly difficult to keep the systems operating at that level. We often had issues and our team was always on guard for the phone call that would come telling us we had a problem with the system. I would even wake up in the morning and—if I hadn't been called—would wonder if my cell phone wasn't working. As we deployed new technologies to help our team, we found many cases where we could fix issues with system components before they led to a complete shutdown of the system. We could prevent downtime by being proactive. It also led to a better understanding of what issues were common and which ones resulted in actual downtime.

The Elephant in the Room

Having been in the industrial sector for many years, one of the most frustrating parts of this industry is the battle over ownership. In some companies, this had been rigidly defined in responsibility matrices and policies in order to make peace between the two sides. The truth is, in many cases, these matrices and policies are often used as weapons to tell OT or IT to move back to “their side of the line,” rather than their intended purpose of helping people understand their responsibilities. While technology cannot solve all these problems, breaking down data silos has a way of at least bringing people to the table to talk about issues.

One of my favorite stories involves a woman who looks out her kitchen window each day and complains that her neighbor’s sheets drying on the clothesline are dirty, and someone needs to teach her to do laundry right. Several weeks pass and suddenly the woman notices her neighbor’s sheets are remarkably clean. When she mentions this to her husband, he simply remarks that it’s because he washed the kitchen window she looked out each day.

Having worked with both sides, my opinion is that both sides have reason to distrust each other, but it’s also my opinion that keeping such a “your side, my side” approach only hurts the industry in the long run. Both IT and OT have problems and they cannot be solved in isolation as much as one side would like. It will take increased visibility into OT and IT environments across multiple silos and better collaboration to truly make an impact.

Chris is a Senior IoT Practitioner with over 10 years of experience in the Industrial Control System (ICS) world, specifically in the Oil & Gas industry. His previous roles involved monitoring the health and security of multiple SCADA Systems, and in-house development for operations. In that position, he saw the role that Splunk played in transforming how his team responded to system incidents, increased uptime, and drove security forward in the SCADA environment.  His primary responsibility is helping customers in the industrial space understand how Splunk can help them solve their problems, and how it can transform their day-to-day operations and security.