Customer led webinars are always an eye opener and the recent Splunk webinar “Learn How Equinix Uses Splunk as a Cloud-Based SIEM” on March 31, 2016, was no exception.

George Do, CISO @ Equinix, discussed Equinix’s InfoSec drivers, Equinix’s vision for “SIEM in the Cloud” and provided detailed information on how Equinix is using Splunk Cloud and Splunk Enterprise Security to solve a wide range of security use cases and its value to Equinix.

Realizing Vision for SIEM in the Cloud

Equinix was looking to use Security Information Event Management (SIEM) as the key component of their security operations platform, without the overhead of purchasing, installing and managing hardware and software. Key factors that influenced Equinix to select a Cloud based SIEM were economic value, ease of deployment and the flexibility of the subscription model.

Key SIEM in the Cloud security use cases 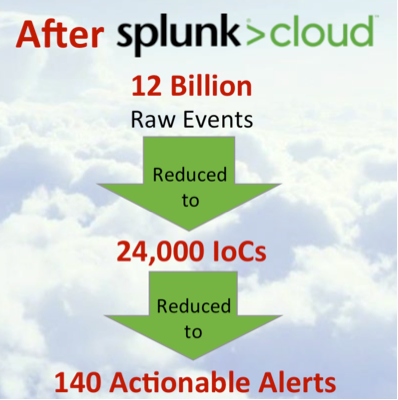 Key metrics
Using Splunk’s cloud-based SIEM, Equinix was able to deploy a SIEM/security intelligence solution as a cloud-based service. With Splunk Cloud and Enterprise Security, Equinix built 50 correlation rules and could focus on the critical and high priority alerts only. Equinix could transform roughly 12 billion raw events into 24,000 IOC (Indicators of Compromise) and ultimately into 143 actionable alerts.

My favorite part of the webinar was when George shared the real-time Equinix “CISO dashboard” which is used to summarize the security posture to the executive team and shareholders. 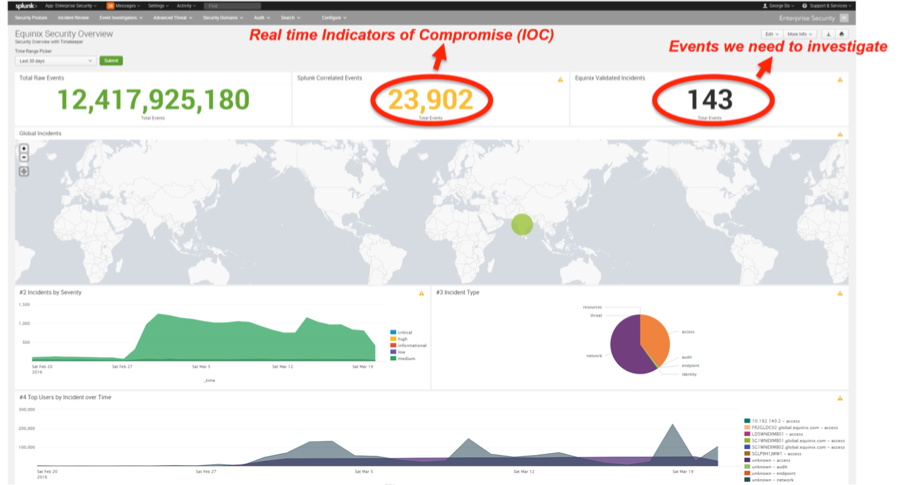 Why did Equinix select Splunk?

Equinix evaluated several solutions before choosing Splunk Enterprise Security and Splunk Cloud for its SIEM in the Cloud solution:

How can you benefit?

The Splunk cloud-based SIEM solution helps you to realize value right out of the box with the help of pre-built dashboards, reports, incident response workflows, analytics, correlation searches and security indicators that simplify threat management and minimize risk.

Contact us to learn more and realize these benefits yourself.