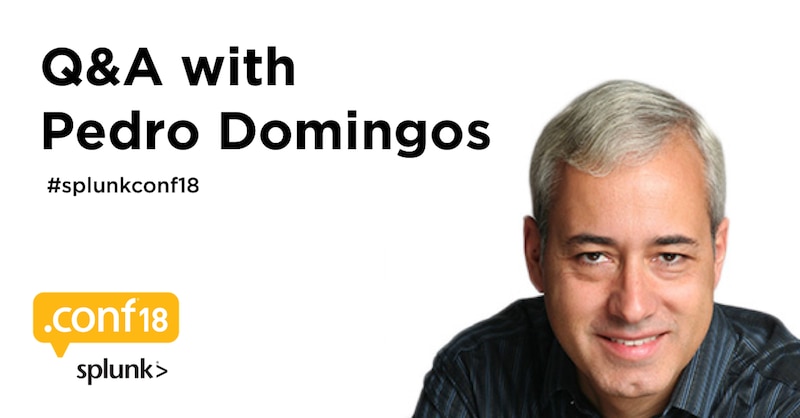 We’re lucky to have Pedro Domingos, professor of computer science at the University of Washington and best-selling author of “The Master Algorithm: How the Quest for the Ultimate Learning Machine Will Remake Our World” speak at this year’s Splunk Executive Summit at .conf18. In advance of the Executive Summit, Domingos shares a bit of his knowledge and expertise.

Artificial intelligence (AI) has made tremendous progress in recent years. Despite the innovation in AI, what in your opinion is impeding the rate of progress in adopting this technology?

Machine learning has been the key driver of recent progress in AI, and it’s likely to continue to be because the only realistic way for machines to acquire the vast quantities of knowledge needed for AI is for them to learn it from data. Thus, what limits progress is how good our learning algorithms are, and the current ones—despite all the power they derive from big data—are still quite limited. In particular, they’re unable to generalize far from the data, unlike humans. For example, a robot can learn to pick up a cup in 100 trials or so using state-of-the-art deep learning techniques, but then to pick up a bottle it needs to start again from scratch. In contrast, a three-year-old can effortlessly pick up anything. So we need more powerful learning algorithms. Of course, we also need the data and computing power to go with them, but currently, algorithms are the main limiting factor.

What are the limits of machine learning (ML) and artificial intelligence?

Some things can’t be learned from any amount of data, because they’re inherently unpredictable. But that aside, all major learning algorithms have associated theorems that say they can learn any function given enough data, up to the noise level (i.e., minus the inherent unpredictability). And whatever machines can learn you can get AI to do. So ultimately the limits are only those imposed by the laws of physics (i.e., in the long run, once we have the ultimate learning algorithms, it will be the amount of data and computing power available that will become the limiting factor).

Is machine learning a buzzword, or can it be applied to businesses? Where do AI and ML fit into customers’ business strategies?

Machine learning is a 50-year-old field with an extensive literature and many algorithms that have been proven to work in practice. What’s most remarkable about it from a business point of view is how widely applicable it is. Everywhere that human-programmed software is being used, businesses should consider using machine learning in addition or instead of it, to reduce costs, to do things that programmers don’t know how to program, to discover things we didn’t even suspect, or all of the above. Google, for example, has made this “machine learning for all” a key part of its strategy.

Can you share an example of a company that has adopted machine learning / AI exceptionally well?

Amazon is one. We all know about its use of machine learning to recommend products to buy, which reportedly is responsible for a third of its sales. But Amazon also uses machine learning for a host of other things. For example, demand forecasting is key for their retail business, and Amazon does it so well that they’re starting to offer what they call predictive delivery: we’ll send you something before you even order it. They also use machine learning extensively in Alexa, in their warehouses—where more and more work is done by robots—in their cloud offerings, and increasingly in every nook and cranny of the company. More broadly, Amazon has a very data-driven approach to decision making, which is enabled by machine learning and leverages their vast streams of data to maximum effect. I believe this is how every successful company will operate in the future.

What will AI innovations look like in five years? 100 years?

In five years, we’ll see current machine learning algorithms used in a broader spectrum of industries and applications than today, but they’ll still—for the most part—be recognizably the same algorithms and require the same kind of work to apply. In 100 years, everything will be imbued with AI—we’ll have AI on tap in the same way that today we have water, electricity or (with the cloud) computing on tap. On the one hand, AI will be invisible, like every mature technology, but on the other, the world around us will be dramatically smarter than it is today and our lives will be correspondingly better.

Attendance at Executive Summit at .conf18 is by invitation only. Executives who are interested in attending should reach out to their Splunk account managers. 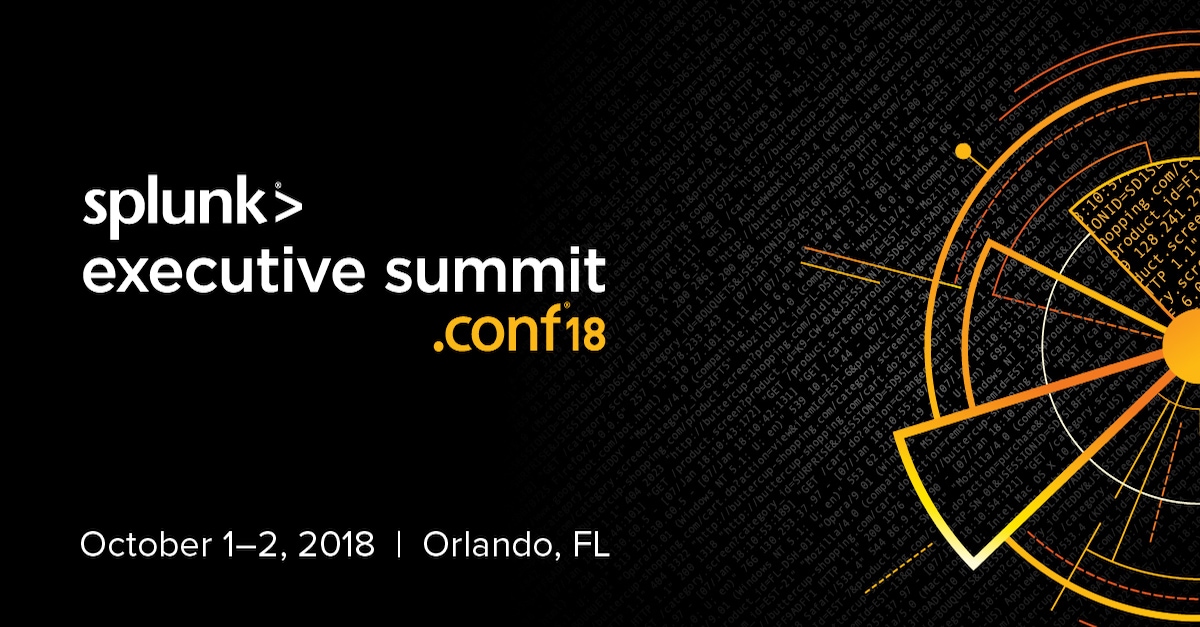 Pedro Domingos, Professor of Computer Science at University of Washington and Author

Pedro Domingos is one of the world’s leading experts in machine learning, artificial intelligence, and big data. He is a professor of computer science at the University of Washington in Seattle and the author of The Master Algorithm. He is a winner of the SIGKDD Innovation Award—the highest honor in data science—and a Fellow of the Association for the Advancement of Artificial Intelligence. He has received a Fulbright Scholarship, a Sloan Fellowship, the National Science Foundation’s CAREER Award, and numerous best paper awards.

Pedro is the author or co-author of over 200 research publications, and has given over 150 invited talks at conferences, universities, and research labs. He received his Ph.D. from the University of California at Irvine in 1997 and co-founded the International Machine Learning Society in 2001. He has held visiting positions at Stanford, Carnegie Mellon, and MIT. His research spans a wide variety of topics, including scaling learning algorithms to big data, maximizing word of mouth in social networks, unifying logic and probability, and deep learning.